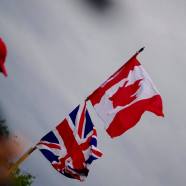 It was a grey, cold and windy Sunday leading into the start of the F-1 race in Montreal, Quebec. Lewis Hamilton had led into Turn 1, but strategy proved Sebastian Vettel’s undoing, as Mercedes’ Lewis Hamilton fought back to defeat the Ferrari driver and win for the fifth time in Montreal. Valtteri Bottas took an impressive third place to give Williams their first podium of 2016.
With championship leader Nico Rosberg only able to manage fifth after first-corner contact with team mate Hamilton and a late-race puncture, the gap between the Mercedes men at the top of the table is now down to just nine points.
Hamilton might have messed up another start, but when it mattered on the Circuit Gilles-Villeneuve, as he was influenced by Muhammad Ali’s quote: “floated like a butterfly and sting like a bee” with his dancing skills after his win, he overcame Ferrari’s most consistent and convincing challenge.
Hamilton dedicated the win to the late Muhammad Ali, out of respect for the inspiration the boxing legend provided during his early career. 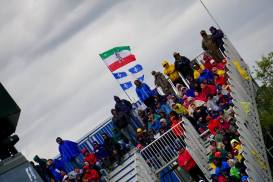 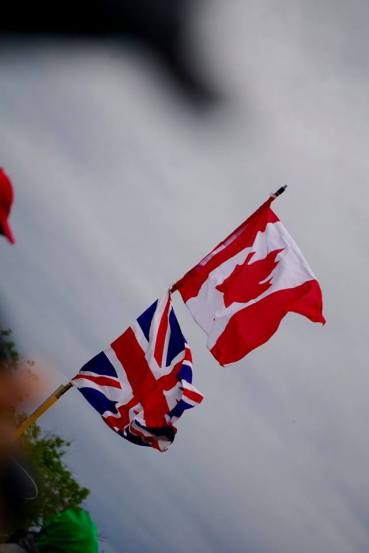 It was Rosberg who appeared to have made the slightly better getaway as he moved alongside Hamilton, but then Vettel came off the line to grab the lead ahead of everyone as they left the grid.
The German sped away and appeared to have a lock on the race, as a touch between Hamilton and Rosberg in Turn 1 left the second Mercedes driver down in ninth place.
Hamilton led for the next 13 laps, dropping to second again as he switched to soft rubber tires.

Vettel nevertheless finished second, five seconds behind, having shown sufficient speed with the Ferrari to suggest that the rest of the season will be a fantastic fight.
Behind them, Bottas made fine use of Williams’ strategy to take the final podium slot.
Rosberg continues to lead the title chase, but what was once a 43-point lead has been decimated to only nine over Hamilton, with Vettel third on 78 from Ricciardo on 72, Raikkonen on 69 and Verstappen on 50. Mercedes extend their lead with 223 points over Ferrari’s 147, with Red Bull third on 130.