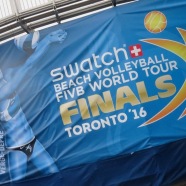 By A.J.Lam
It was the finals for the women and men in the SWATCH FIVB World Tour Finals. The SWATCH FIVB World Tour Finals venue was located at Polson Pier, with its picturesque view across the harbour of downtown Toronto,  and the winning beach volleyball teams each earned $100,000 first-place prizes. In the men’s bronze medal match, Tri Bourne and John Hyden of the United States claimed the $20,000 third-place prize with a 2-0 win in 43 minutes over Canadians Ben Saxton and Chaim Schalk, who had their final match of a busy international season, which included a ninth-place finish at the Rio Olympics: 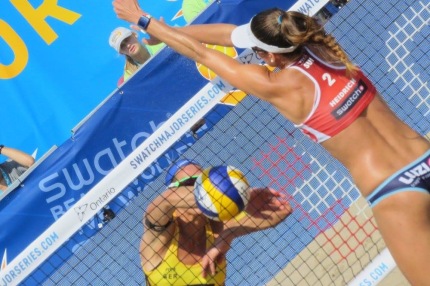 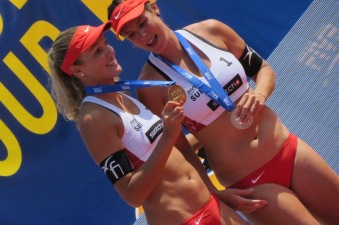 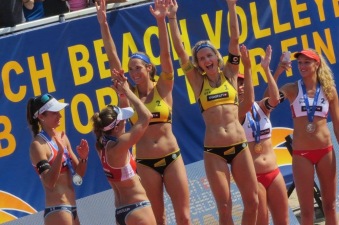 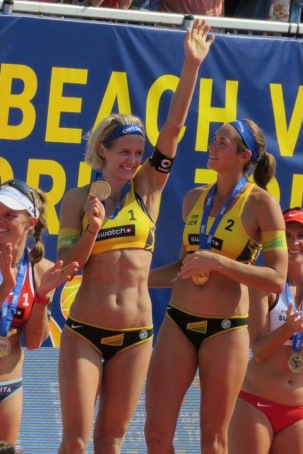 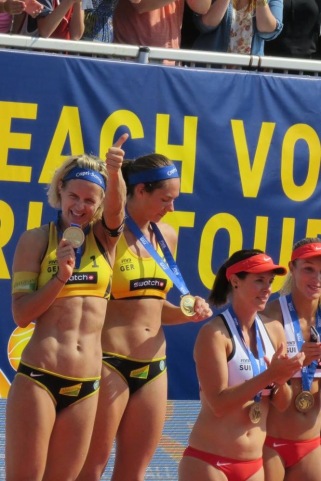 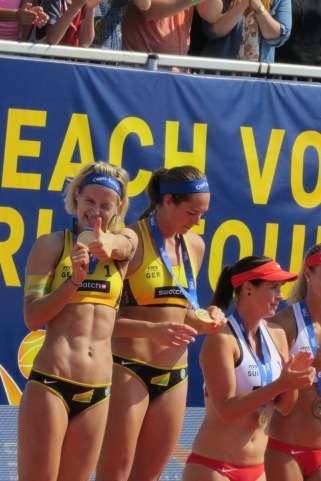 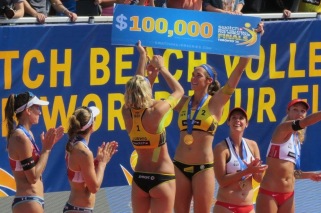 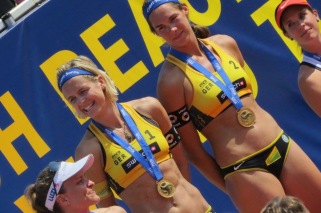 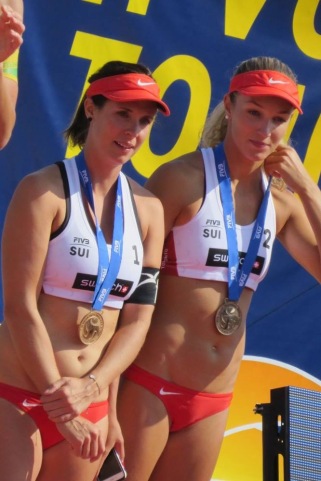 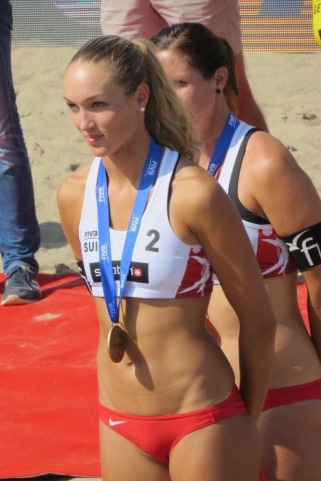 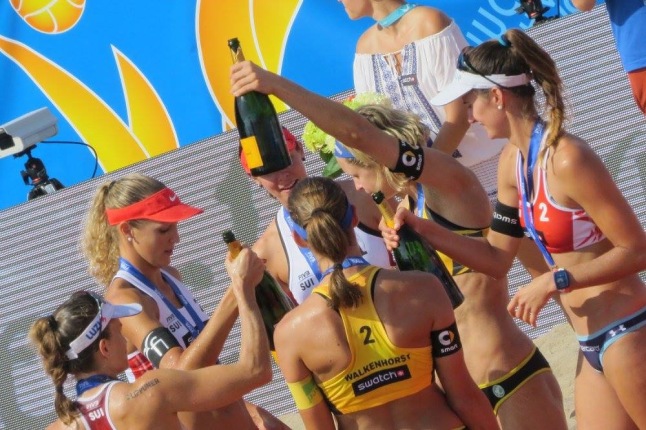 Olympic Rio 2016 gold medalists Bruno Oscar Schmidt and Alison Cerutti won the top men’s prize in Toronto after a exciting match with fellow Brazilians Evandro Goncalves and Pedro Solberg 2-0 in front of a packed boisterous stadium at Polson Pier.
Canada’s Josh Binstock, who announced that this was his final tournament, and Sam Schachter, were ninth. 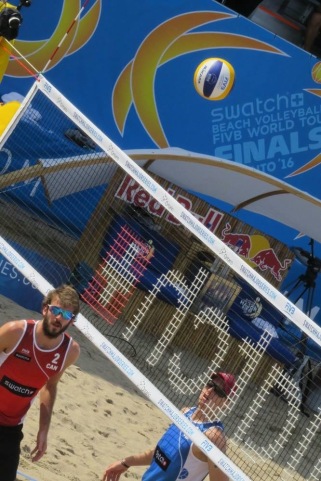 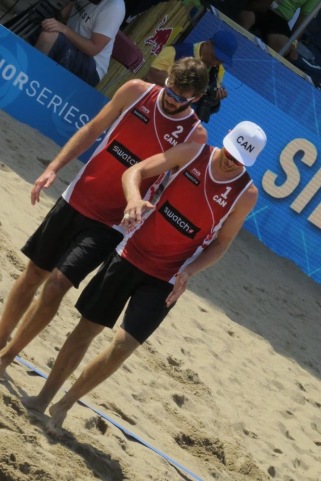 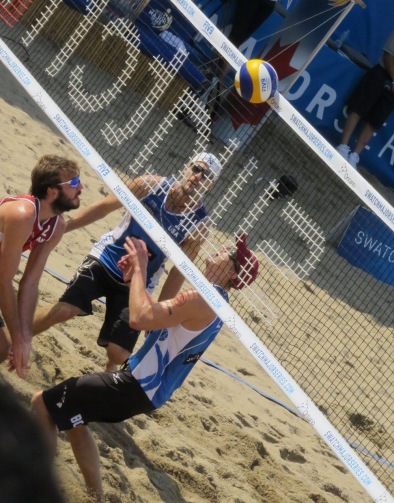 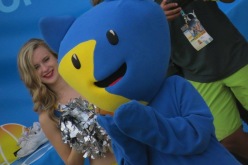 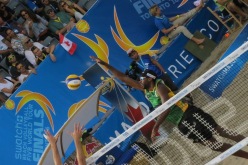 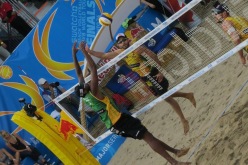 The dynamic duo of Laura Ludwig and Kira Walkenhorst of Germany, also Olympic gold medalists, won 2-0 over Switzerland’s Joana Heidrich and Nadine Zumkehr in the women’s final. The Germans won the $100,000 first-place prize on the FIVB World Tour.