By A.J.Lam
With the slogan, More Art, Less Sleep, almost 90 art projects by more than 300 artists transformed the Toronto artscape from dusk to dawn of Saturday, October 6, for Nuit Blanche 2019. This year’s “curatorial theme, Continuum, responded to the interconnected and often contradictory paradoxes of life in the changing city.” Nuit Blanche, the annual overnight super popular art event produced by the City of Toronto in partnership with Toronto’s arts community, had within the main Continuum theme, 6 areas:  Creation:Destruction,  Lunar Garden by Daniel Arsham at NPS,  Queens and Kings of Scarborough, Special Projects, Major Institutions and Independent Projects. 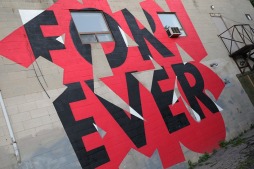 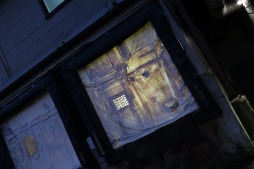 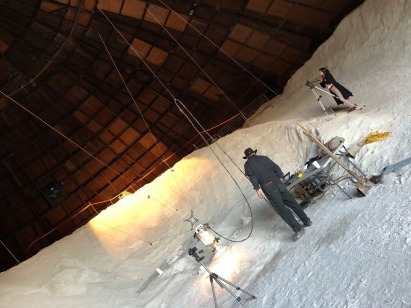 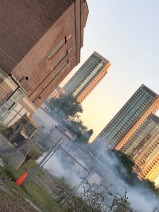 Within Creation:Destruction, curated by Layne Hinton & Rui Pimenta, and presented at the Nuit Blanche Preview around the Fort York Historic Site, the curatorial focus was “All things reside on the borders of creation and destruction.” 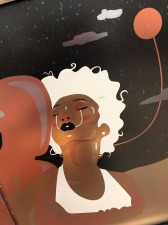 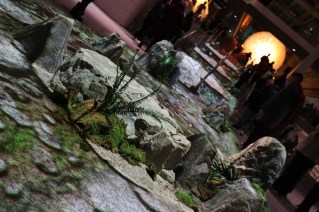 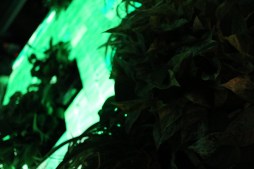 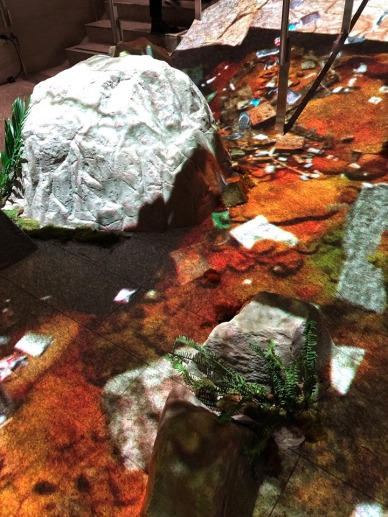 “Inspired by its geographical area, this exhibition will challenge our understanding of these seemingly contradictory concepts. They are extensions of each other, forces that both deplete and feed one another. There is nothing more primal, more essentially human, than the paradoxical relationship between creation and destruction, it is the essence of the natural world and our place in it.”  Among these art installations were Jonathan Schipper’s Detritus, at the cathedral-like Wellington road salt dome with 3D-printed salt objects, LAB001, by Markus Heckmann, with its laser light video projected through fog onto a decommissioned incinerator plant, reminiscent of the Tate Modern in London, and Kim Morgan, Kaitlyn Bourden’s Anatomy of an Abattoir, showing latex sculptures made of objects found in the building where thousands of pigs were slaughtered to sustain the Toronto populace. 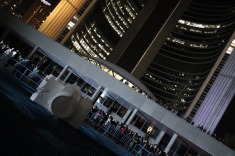 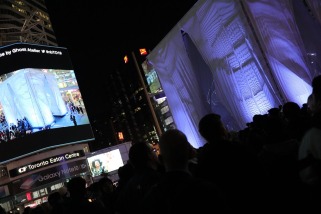 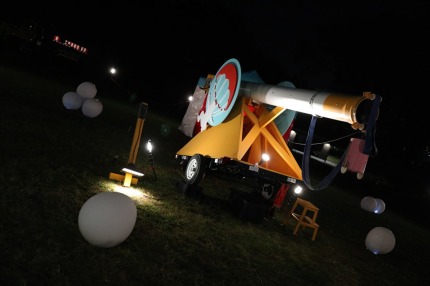 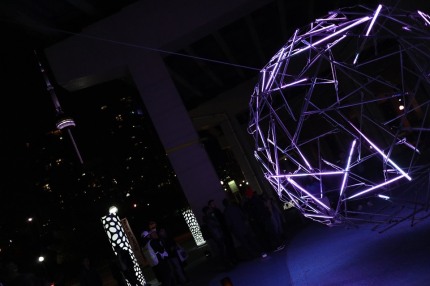 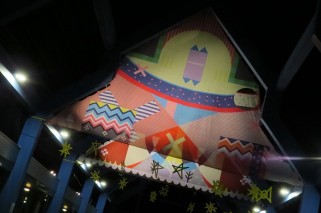 Among the Special Projects were some dramatic presentations such as On Thin Ice, by Ghost Atelier, presenting a 7 metre tall cracked ice as a pilgrimage site in the middle of Yonge-Dundas Square, Transformation, at MaRS, presenting supersized plastic single-use objects and a flowing river full of plastic garbage, all under a large lit orange globe, signifying an overheated earth in the soaring cathedral-like atrium of the medical discovery district complex, and Director X’s  follow-up to his dramatic Death of the Sun with Life of the Earth, in the Ontario Science Centre’s lower atrium beside the nature path of the Don Mills ravine.

Major Institutions such as OCAD University presented Among All These Tundras at its Onsite Gallery,  while Drake 150 presented Kaleidoscope:  A Social Media Trinity, and Power Plant presented its latest exhibition including the monumental Untitled (Anxious Audience) portraits incised in West African black soap and wax on tiles by Rashid Johnson.

We would like to thank Michelle Simpson of The City Of Toronto for the invitation to this event.