By A.J.Lam
ProArteDanza Celebrates Freedom and Unity with Toronto Premiere of The 9th! 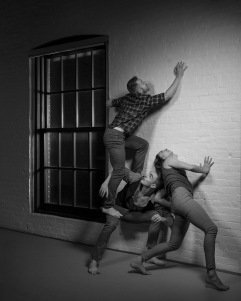 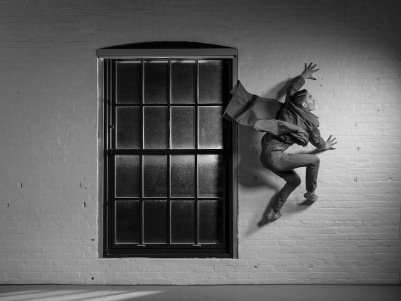 ProArteDanza celebrates its 15th anniversary season with the Toronto Premiere of The 9th!,the full-length choreographed imagining of Ludwig van Beethoven’s epic 9th Symphony, on stage November 6–9, 2019 at 8pm at Harbourfront Centre’s Fleck Dance Theatre. Created and co-choreographed by the company’s award-winning Artistic Director Roberto Campanella and Artistic Associate Robert Glumbek, this bold and provocative work pays homage to the 30th anniversary of the fall of the Berlin Wall, in a fitting tribute to the thrilling physicality of the composer’s iconic music. 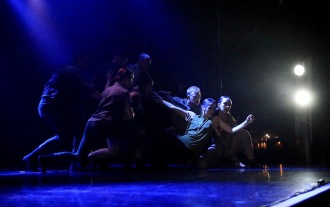 “Beethoven’s 9th is a musical masterpiece that celebrates the freedom of all humanity,” says Campanella. “Our company has spent 10 years carefully developing a choreographic vision of this work — and while we’ve previously presented two choreographed movements of the symphony during that period — this will be the first time the work will be presented in its entirety. Beethoven’s music was our North Star and the production speaks to the overarching themes of unity, freedom, and brotherhood; indeed, it is no accident that when the Berlin Wall finally fell — the legendary notes of ‘Ode to Joy’ from the 9th Symphony rang out.”No musical work has sparked more debate and discussion than Beethoven’s majestic 9th Symphony, and ProArteDanza’s spectacular choreographic staging further amplifies the themes of community, unity in diversity, and the struggle to break away from any form of repression undeniably embodied in the composer’s elegiac music.

The award-winning choreographer of the Oscar-winning film The Shape of Water, Campanella and four-time Dora Mavor Moore nominee Glumbek will present The 9th! with their company dancers, Taylor Bojanowski, Ryan Lee, Sasha Ludavicius, Daniel McArthur, Victoria Mehaffey, Connor Mitton, Jake Poloz, and Kelly Shaw. Beethoven’s 9th Symphony will be heard in full via recordings featuring the Berlin Philharmonic conducted by Claudio Abbado, Orchestre symphonique de Montréal conducted by Kent Nagano, and Deutsche Kammerphilharmonie Bremen conducted by Paavo Järvi. Campanella and Glumbek have carefully curated specific recordings of each movement of the symphony to allow the visual representations of the music to fit the dynamics and tempos the work calls for.

Born and raised in Rome, Campanella trained at the Scuola Italiana di Danza Contemporanea. In 1985, Roberto joined the Compagnie Italiana di Danza Contemporanea and later joined the prestigious Aterballetto. In 1993, he joined The National Ballet of Canada where he was soon promoted to Soloist and was cast in many classical and contemporary roles and made his choreographic debut at the National Ballet of Canada’s 1995 Choreographic Workshop. In 2007, he received the Fellowship Initiative Award from the New York Choreographic Institute, an affiliate of the New York City Ballet, and in 2008, he was awarded a Chalmers Professional Development Grant. Campanella’s first full-length work, Alice in Wonderland, premiered at Ballet Augsburg, Germany, in October 2008 and was awarded the Dora Mavor Moore Award for Outstanding Choreography with co-choreographer, Glumbek, for …in between… in 2010. Campanella also choreographed for the Academy Award-winning The Shape of Water and was awarded the Empire Community Award from the Italian Contemporary Film Festival, the Dance Spirit Award for Outstanding Cinematic Choreography, and the 2018 RBC Top 25 Canadian Immigrant Award.

Upon graduation from Bytom State Ballet School in Poland, Glumbek joined The Great Theatre of Opera and Ballet in Warsaw as a soloist where he worked with choreographers including John Neumeier, Maurice Bejart, Hans Van Manen, John Butler, and Constantine Siergiejew. Glumbek’s first creations as co-choreographer with Campanella (pre-ProArteDanza) include Nothing Twice, inspired by Novel-winning poet Szymborska; and the first incarnation of Nine Sentiments with poetry read by Michael Ondaatje, which became the catalyst for forming ProArteDanza. Robert became Artistic Associate of ProArteDanza in 2004 where he has since created a number of acclaimed original works. Robert has also created works for Mannheim Ballett, princess productions, Toronto Dance Theatre, Hamilton Conservatory for the Arts, CCDT, Arts Umbrella, Ryerson University and York University. Glumbek created three new works in 2013: a full-length work, Casanova (UA), for Mannheim Ballet; the co-creation Four Season with Kevin O’Day; Once Upon A Time for Szczecin Ballet in Poland for which Glumbek was presented the Jon Jiepura award for best choreographer in Poland.

The 9th! tickets from $20 (plus applicable taxes and fees) at: HarbourfrontCentre.com
More information at: proartedanza.com