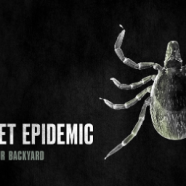 Posted by BK on May 9, 2022 in Arts, documentary, Events, Festival, film, premiere, Showcase | Leave a comment

By AJ Lam
The “Quiet Epidemic”is the tragic story of those inflicted by chronic Lyme disease for whom the sluggish medical establishment has been slow to acknowledge and treat unlike those infected by more known diseases such as HIV and COVID, for which intense government and medical attention have been made.

THE QUIET EPIDEMIC results from their seven-year journey to expose the truth about this illness which strikes over 500,000 people each year in the US alone and many more globally.

MAY IS NATIONAL LYME AWARENESS MONTH IN THE U.S. and CANADA

We would like to thank Penny Guyon
Marketing + Media Relations, Firefly Media for the screening and press release.