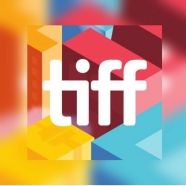 Poignant film of the beauty that can arise from tragedy. Paris, the city of light, known for its beauty in its architecture, art and culture, has had its violent tragedies. In director Alice Winocour’s Paris Memories, Mia’s (Virginie Efira) brilliant performance highlights the strength of the human spirit, despite traumatic memories.

Surrounded by the beautiful sites of Paris, on a rainy night, Mia’s life is upended by sudden violence. Luckily,  despite her physical and psychological injuries,  she survives but she suffers from amnesia of the events of that fateful night. As she desperately searches for the truth of that violent evening,  she brings the viewers/voyeurs along as she explores the non-touristic side of Paris.

The new season reveals a startling revelation by main character June Osborne concerning the death of the commander Fred Waterford (Joseph Fiennes) of Gilead while she still yearns for the return of her daughter Hannah.

The amazing true story of two Syrian swimmer sisters, Yusra and Sara Mardini,  and their treacherous migration to Germany and quest to the Rio Olympics.

Living in the war-torn city of Damascus in Syria with their family,  Yusra and Sara strive to migrate to the safety of Germany while maintaining their dream of swimming in the Olympics.

With their sisterly love, and the aid of their cousin,  they survive their dangerous journey on a perilous leaky boat, to finally reach Germany and a helpful German swim coach, eventually leading to a fulfillment of their dreams.

A delightful revenge comedy, despite a couple of shocking revelations, with wonderful performances by Jane Fonda, as Claire, and Lily Tomlin as Evvie, two long estranged pals, whose close friend, Joyce, has just passed away. While attending the funeral,  Claire declares to the widower, husband of her deceased close friend, Howard (Malcolm McDowell), that she will kill hm.  What ensues is an entertaining display of female camaraderie, and ultimately, justice.

A dramatic depiction of the trials and tribulations of a Prisoner’s Daughter, Maxine, expertly portrayed by

Kate Beckinsale, and her dysfunctional family when she unexpectedly gets reunited with her long-estranged terminally-ill convict father, Max, portrayed by Brian Cox.

With a deadbeat addict husband,  Maxine, a single mom with a young  epileptic son,  struggles with daily life until she agrees to Max living in her house. However, even with his assistance and desire for redemption, her life does not continue without problems.

Action-packed epic film of the Agojie, a real-life regimen of legendary heroic women warriors and their struggles and sacrifices to protect their kingdom of Dahomey in 19th century West Africa, from its aggressive neighbours, European colonizers and  salacious slavery, featuring a strong performance by its leader, Nanisca, heroically portrayed by  Oscar-winning Viola Davis.

Director Prince-Bythewood  states that “The intent of this film (is) certainly to celebrate these women, celebrate the kingdom (of Africa), the beauty, the fact that there were kings and queens.”

TIFF22-Glass Onion:  a Knives Out Mystery-

A witty whodunnit mystery with a disruptor cast of characters invited by tech Billionaire Miles Bron  to an idyllic Greek island with some startling plot twists revealed by the ultimate detective , the eccentric southerner Blanc Benoit, deftly portrayed by Daniel Craig, in the latest Knives Out Mystery by director Rian Johnson, an admirer of Agatha Christie’s classic mysteries.

A dazzling surreal DaliLand with an amazing performance by Sir Ben Kingsley as the great surrealist artist Salvador Dali, exposing the inner workings of the art world and the woman behind Dali’s greatness, Gala, deliciously portrayed by Barbara Sukowa, his business manager, eccentric wife and muse with the libido of an electric eel.

Daliland,  directed by Canadian Mary Harron, of American Pyscho fame,  is told through the eyes of James,  a young angelic handsome assistant borrowed from Dali’s New York gallery while the Dalis are staying in the St. Regis Hotel.  James gets awestruck by being in the orbit of Dali with wild parties, celebrities such as Alice Cooper, and a bevy of beauties, while Gala is busy with her boy toy, Jesus of the Broadway show , Jesus Christ Superstar, and while Dali is trying to get motivated to produce art for his upcoming gallery show.

Intense drama with  Moby Dick metaphors and a powerful performance by Brendan Fraser, winner of the TIFF Tribute Award for Performance, as the reclusive self-destructive and ill 600 pound Charlie seeking redemption from his angry estranged daughter.

The film evolves as the health of the self-isolating online writing instructor Charlie (Fraser) starts to rapidly deteriorate such that his friend Liz (Hong Chau,), a nurse, begs him to check into a hospital, but decides ultimately to simply offer support out of compassion.

The divorced Charlie also reaches out to his estranged teen-aged daughter, Ellie (Sadie Sink), but finds that he needs to bribe her by promising to write her essay as a last-ditch effort for her to not get a failing grade. Meanwhile, Charlie receives visits from a door-to-door evangelist (Ty Simpkins), who has been providing Charlie with some social contact while trying to espouse religious redemption.

A realistic drama  of close female friends escaping to the lakes of cottage country to celebrate a birthday to cleanse and free Alice, portrayed by Anna Kendrick, from her emotionally abusive controlling relationship.

Alice’s close longtime friends, played by Kaniehtiio Horn (Letterkenny) and Wunmi Mosaku (Lovecraft Country), are unaware of the relationship dynamics between Alice and her superficially charming  boyfriend Simon (Charlie Carrick), including the fact that Alice had told him that she was actually on an important business trip instead of a birthday celebration.

Anna Kendrick realistically shows the anxiety due to the emotional turmoil of domestic abuse, and the struggle to get relief.

Despite being a dark but witty fable, this tale of petty grievances, between close friends, leading to ongoing dire results,  is a highly entertaining display of the foibles of human nature.

The divorced Raymond (McGregor) convinces his half-brother, Ray (Hawke), former musician and addict, despite despising his absent and now deceased father,  to attend his funeral. In this journey to their father’s final resting place,  they encounter their father’s ex-lover,  nurse, and other unexpected persons and deeds while rejuvenating their bond to each other.

Sarah Polley’s dramatic depiction of the struggle of suppressed women plotting their escape to safety from a perilous pure patriarchal religious colony with its  pervasive sexual violence.

In their world of persecution without rights or education, their strong will and togetherness ultimately prevail.

A film of the extreme beauty, treachery and greed of the Wild West showcasing Nicholas Cage as Miller, a greedy veteran buffalo hunter with a wealthy but naive Harvard drop-out protégé, Will Andrews (Fred Hechinger), leading to extreme effects on nature, humans and humanity.

In this wondrous adaptation of John Williams’ western, the Wild West and Colorado Rockies can be seen in their glory before the plundering of paradise lost.

The juxtaposition of Will’s search of  “a stronger purpose and more meaning in my life,” versus the great greed of Miller translate into a compelling film of how the Wild West was lost.

Zac Efron portrays a naive young merchant mariner who goes on a goodwill tour to deliver beer to his soldier friends to discover the horrors and truths of the Vietnam War.

After the success of Green Book , Oscar best film winner, director Peter Farrelly returns with this heartwarming entertaining  true story of male camaraderie,starring Zac Efron and Russell Crowe, with Bill Murray in a cameo role, The Greatest Beer Run Ever leads to the maturing and political awakening of the likeable main character, John Chickie Donahue.

A US war engineer corps veteran, Lynsey, eloquently portrayed by Jennifer Lawrence, back in New Orleans recovering  from her traumatic injuries while in Afghanistan, struggles with civilian life while yearning a return to military duty.

After an arduous rehab from her physical and mental injuries sustained in an explosion in Afghanistan, she returns to the beautiful city of New Orleans as a swimming pool cleaner,  while befriending James (Brian Tyree Henry), a sympathetic mechanic, who himself has had severe injuries .

Trouble within the family ensues when its just-turned 17 year-old teenage daughter, played by Grace Van Dien, pursues an online romance with an older man with unintended consequences in Roost, director Amy Redford’s labour of love.

The thrilling drama begins when Anna (Grace Van Dien) tells her mother, Beth (Summer Phoenix), that she has met a boy online through a poetry group, especially when that boy, Eric ((Kyle Gallner) is actually 28 years old and has a mysterious history leading to suspense in the family.

An intriguing film based on a true story of a caring compassionate nurse, Amy, warmly portrayed by Jessica Chastain, a rogue nurse, Charles, expertly portrayed by Eddie Redmayne, and hospital bureaucracy with unexpected patient deaths.

First, Amy becomes suspicious that these sudden deaths of apparently improving patients were not due to natural causes.  Subsequently,  homicide detectives Danny Baldwin (Nnamdi Asomugha) and Tim Braun (Noah Emmerich) struggle to solve the cause of these mysterious deaths due to stonewalling by the hospital’s administration.  As Amy does her own investigation,  she discovers that her new friend, Charles, may be the culprit, and aids the detectives to prevent even more untimely deaths and murders.

Garnering the TIFF Tribute Award for Performance as an ensemble cast, with a nuanced performance by pop superstar Harry Styles as the main character, My Policeman, is a story of unrequited forbidden love in England of the 1950s.