Canadian duo LambLion step out in front with the release of their prophetic new single, “Only The Brave” — available now! Circling the topics of life, death and redemption, “Only The Brave” comes alive with husband-and-wife duo — and esteemed musicians in their own right — Oliver and Danka Pigott and their signature enigmatic mix […] 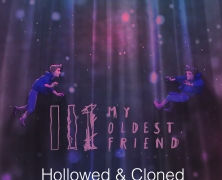 Canadians Sleepcircle Amp Up on the Alt. Heavy Rock for Sophomore Release