Los Angeles hard rock / alternative band SOKOJO will debut a 5 tracks EP “More” (listen link) and it will be released on February 4th 2022, along with the music video of the song holding the same name, “More”.  SOKOJO is a young and promising band. Drawing influences from the ’70s, ’80s, and ’90s rock scenes, yet honing an original sound that […]

After the catching attention of Amazon Prime Video’s seriesGamebreakers, Canadian Music Magazine, Indieweek, and over 21,000 followers on Twitch.tv,Toronto’s Melissa Lamm is kicking off 2022 with a brand new single funded by her online community.Listen to “Someone I Forget” here.Watch the “Someone I Forget” music video here.“Someone I Forget” is an upbeat pop track was […]

Annapolis, MD Spellbinding Rocker DRACULA JACKSON Wants To Be Together with “Apart”

Watch “Apart (Official)” via YouTube Here There’s no better time to want to be Together than when you feel “Apart,” which is why the lead single off the brand new album from Dracula Jackson couldn’t have landed at a better point in human history, when both feelings are churning inside of each of us simultaneously. […]

Featuring Artists Jackie Art & K-Riz, Song is Latest to Land from Shining Debut Album, Back To Me Watch “Dreamin’ (Official)” via YouTube Here As we look ahead to 2022 and the tumultuous journey the world is embarking on for the nth time in history, it’s words of encouragement from activists, free thinkers, and musicians like Canadian […] 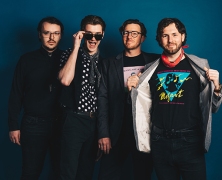 Back Studios to Releases “I, Challenger” Starring stars James Duval (“Donnie Darko, ” “Gone in 60 Seconds”), and Coy Stewart (“Agents of S.H.I.E.L.D.,” “Bella and the Bulldogs”)

Strike Back Studios engagingbuddy comedy thriller “I, Challenger,” directed by Paul Boyd ( his third feature film & best known as an acclaimed music video director having worked with Sting, Seal, Tina Turner, Mick Jagger, Celine Dion, Lenny Kravitz, and Shania Twain), is available now on all TVOD/Digital platform release in the United States and Canada. “I, Challenger” is a cinematic sibling to the best of the stoner […] 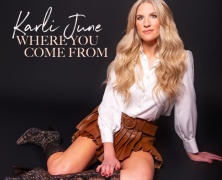 With a pop-flavoured approach to songwriting that’s both optimistic and thoughtful, Karli June is poised to join the ranks of Canada’s leading country music artists when she releases her debut EP, Where You Come From, on Feb. 18 via The Orchard.  At the production helm of the project is award winning, Canadian powerhouse Karen Kosowski who most notably produced the majority of […]

Los Angeles – How much can be said about mental health in a five-minute film? Plenty!Today, many notable personalities are stepping forward to share struggles with issues that negatively impact their lives and their mental health. High school students are invited to join this important conversation by submitting films that highlight their perspectives on mental […]

Song Lands Fresh from Prolific Toronto/Nashville Singer-Songwriter’s 9th Album, A Little Place I Call Home Watch “Gimme the Truth” via YouTube Here In a world where truth changes its appearance more often than a supermodel, Canadian country-folk artist David McLachlan is delivering a powerful dressing down of fakery with his fiery new single, “Gimme the […]

THE FABULOUS FILIPINO BROTHERS-AVAILABLE ON ALL DIGITAL PLATFORMS ON FEBRUARY 8 !

The Co-Conspirators Deliver a Masterful Mix of Folk Fact & Fiction with The Unreliable Narrators; Announce BC Tour

Christian Singer-Songwriter Ileen Laura Celebrates the Re-Prioritizing of Her Musical Gifts with New Single, “Sit Beside Me” – Available Now!

Watch “Sit Beside Me (Official)” via YouTube Here No stranger to the struggle of how to balance work and family, Canadian Christian artist Ileen Laura’s hopeful and inspiring new single “Sit Beside Me” documents the process she and her husband went through as they figured out how to prioritize her music career amid their family […]