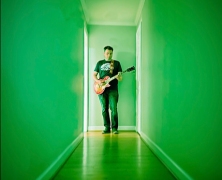 Annapolis, MD Spellbinding Rocker DRACULA JACKSON Wants To Be Together with “Apart”

Watch “Apart (Official)” via YouTube Here There’s no better time to want to be Together than when you feel “Apart,” which is why the lead single off the brand new album from Dracula Jackson couldn’t have landed at a better point in human history, when both feelings are churning inside of each of us simultaneously. […] 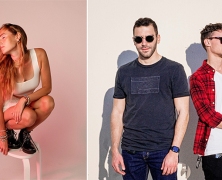 New Song Lands Alongside the West Coast Band’s Recent Album, Sound Evolution — Both Available Now! Thriving in the music industry, especially during the past few years, are much the same virtues needed in our day-to-day lives: purpose, knowledge, drive, ingenuity, adaptability… Leave it up to accomplished Canadian progressive rock quartet The Garrett Band to […]

Song is Latest to Land from Montreal-Based Trio’s Eponymous Fall 2021 Debut LP, AXLAUSTADE Pressing play on Canadian rockers AXLAUSTADE’s new single, “oui no na” — is akin to giving the trio a chance to breathe life into the language of an era… A post-modern grunge apocalypse, in fact. And one that’s solely instrumental — the […]

Watch “My Christmas Wish” via YouTube Here No matter how old we are, that sense of childlike wonder and hope, even if just a glimmer, is always sparked once the Christmas season comes around, and Toronto R&B artist JENNA Nation is igniting that very sentiment with her soaring new single “My Christmas Wish” — available […]

Indie Rocker Waves That Stray Exposes the Vulnerability of Self-Reflection with Single “Inside My Head” – Available Now!

Watch “Inside My Head (Official)” via YouTube Here Canadian indie rocker Waves That Stray (Sean MacLean) shares the vulnerability of being locked in the creative process’ cage that is procrastination and self-doubt in a new single and video, “Inside My Head” — available now. Fusing the best parts of electronica and rock ‘n’ roll, “Inside […] 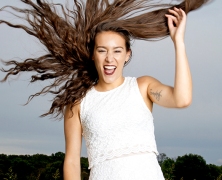 Watch “Caturday” via YouTube Here Multi-award winning and chart-rising Canadian singer/songwriter Leanne Pearson pays tribute to the much-loved furry, four-legged friends that bring simplicity and joy to complicated modern lives with the release of this, her new single, “Caturday” — available now! Whether it’s Monday, Tuesday, Wednesday, or whatever… Every day is “Caturday” in Pearson’s […]

Watch “fracture” via YouTube Here Canadian artist Chris Nine’s recently unleashed EP of adrenaline-inducing post-hardcore punk-pop, the heavy, is proof positive the Toronto-based rocker is a force to be reckoned with all his own. Featuring “fracture,” “ghosts,” and “the rage,” the blistering trio of tracks serve deeper purpose than an all-out, high-octane sonic sojourn; in […] 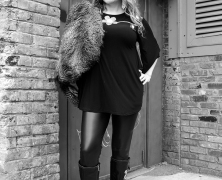 In light of a person’s lineage playing a strong role in the choices they make and the person they become, Indigenous blues singer/songwriter Donita Large pays tribute to the power of her heritage in this, her new world-rock single “Ancestors in My Bones” — available now. “When in circle and we pray, an Elder will […] 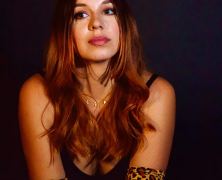 With rich, velvety vox ablaze amidst a sense of passion and playfulness, Toronto singer/songwriter Miss Lia’s new single “Animal Type” captures the carnal charge around setting sights on who you want. Written in Miss Lia’s unique fashion — a confident, inspired, spontaneous type of lyricism — the song’s origins are rooted in the pop-R&B artist’s […]