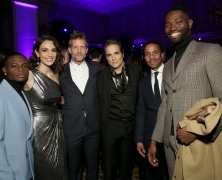 by A.J. Lam The highly anticipated Canadian Film Fest Canada Party is always a fun celebration of Canadians in the film and entertainment industry. This year, the annual TIFF party was again hosted by the highly-social Fifth Social Club which was filled to capacity with well-dressed beautiful Canadians enjoying the DJ-curated dance music and open […] 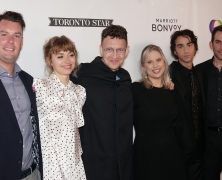 by Nick Chan Fan Expo Canada returned to the Metro Convention Centre once again on August 22-25, 2019. Whether you’re a Marvel superhero, Disney Character, or just love the Storm Troopers from Star Wars, fans of all ages and genres are welcome to this once a year event. Within the two buildings of the convention hall, one can […]

Photography By A.J.Lam Videography by Ben Gibson Interviews by Jesse Read Saturday, December 1 was a star studded night to remember at the Sony Centre, where nine iconic Canadians were inducted into the Walk of Fame for excellence in their respective fields. Olympic medalists Tessa Virtue and Scott Moir, actor/director Seth Rogen , musician Andy […] 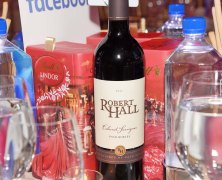 by Alon Weiss photography by Bill Kwan As summer comes to a close, it’s once again time for geeks to unite in their love of comics, video games, anime, sci-fi and all things that are a testament to the power of imagination. Labor Day weekend from Aug 30 to Sep 2, geeks and fans gathered […]