Originally postponed due to COVID-19 restrictions, groundbreaking new production makes its world premiere just in time for the holiday season Opera Atelier proudly announces the new livestream date of the highly anticipated world premiere of Something Rich & Strange, based on the famous quote from Shakespeare’s The Tempest and featuring some of Canada’s finest artists, […] 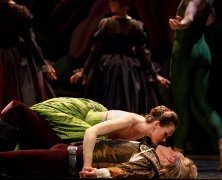 A brand new, fully-staged production livestreamedfrom Koerner Hall, TELUS Centre Opera Atelier proudly announces the launch of its 35th Anniversary with agroundbreaking new creation, Something Rich & Strange, based on the famous quote from Shakespeare’s The Tempest and featuring some of Canada’s finest artists, October 28, 2020 at 7pm. The fully-staged production will be livestreamed […] 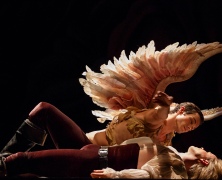 photography by Bruce Zinger 2020/21 Season Includes a New Creation, ‘Something Rich and Strange’, ‘Handel’s The Resurrection’, and a Collaboration with Angela Hewitt at Italy’s Trasimeno Festival in 2021 Opera Atelier proudly announces its new, reimagined 35th Anniversary Season with two fully-staged and livestreamed productions at Koerner Hall at the TELUS Centre for Performance and […]

Opera Atelier presents Together/Apart: A Virtual Showcase from Around the Globe (Wed. May 20, 2020)

Handel’s first acknowledged masterpiece restored to its original grandeur in Opera Atelier’s fully-staged production Opera Atelier announces the much anticipated finale of its 2019/20 Season with Handel’s The Resurrection, on stage from April 11–19, 2020 at Koerner Hall, TELUS Centre. The Resurrection marks the Canadian premiere of Handel’s first acknowledged masterpiece in a fully-staged production. Opera Atelier’s lavish production will feature an innovative, multi-level set […]

By A.J.Lam and BK on the SCENE We were invited to an exclusive event hosted by Carla Collins for The Coummunity One Foundation. It has been a few months since the sale of Toronto’s luxury award-winning residence Integral House (194 Roxborough Drive, Rosedale). The Community One Foundation – an organization with grants and award programs […]