Canadian melodic hard rockers Iron Age Mystics say “Save It For The Revolution” in their newest single off this year’s politically stirring album, Pride Before The Fall — available now! The Toronto-based rockers continue to hit creative pay dirt with not one, two or three rad reactions for their debut release, but four. The first? […] 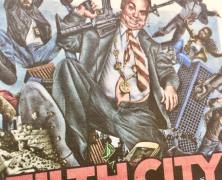