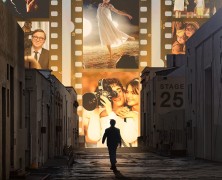 Set in post-World War II Arizona, The Fabelmans follows Sammy Fabelman from age seven to eighteen, as he discovers his love of film and discovering a shattering family secret. Gabriel LaBelle, a 19-year-old actor from Vancouver plays the central role of Sammy in the Steven Spielberg film. Mitzi Fabelman shares her son’s love for the arts, as she’s […]

After Tanya Tucker disappeared from the spotlight for decades, music star Brandi Carlile and Shooter Jennings (son of Waylon Jennings) took it upon herself to write an entire album for their hero based on Tanya’s extraordinary life, starting a comeback and a tour to resurrect her career. THE RETURN OF TANYA TUCKER follows Tanya’s interesting, […]

Hunt is a exciting shoot ’em up and brawler action movie, with undertones of an espionage mystery. The directorial debut from  Squid Game’s Lee Jung-Jae, who also stars, is set during the 1980’s as tensions between North and South Korea mount. In South Korea, government agents are attempting to expose the identity of a mole nicknamed […] 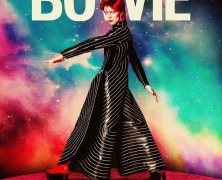 Director Brett Morgen’s Moonage Daydream is his new film tribute to David Bowie. The filmmaker was granted unprecedented access to Bowie’s personal archives, combing through roughly millions of video footage, photography, and visual art that Bowie created over the years—and piecing them into a fragmented narrative. It took years to film this unconventional documentary. The […]

The film by Vinay Shukla is a powerful and new must see: WHILE WE WATCHED, shows a sense of hope in a uncertain time for journalists and media. WHILE WE WATCHED is documentary about broadcast journalist Ravish Kumar of India’s NDTV, and a newsroom drama that showcases what it’s like being an Indian TV personnel, with the film […]

Drawing on Louis Armstrong’s audio diaries, documentarian Sacha Jenkins (Wu-Tang Clan: Of Mics and Men) revisits the music and reappraises the politics of the legendary jazz trumpeter and singer. Louis Armstrong had kept recorded audio diaries of himself that reveal a different side of his personality than the showman on camera. Those tapes play a […]

In Maya and the Wave, we follow Maya Gabeira on a quest to break a world surfing record in the Portuguese town of Nazaré, known for its amazing waves. The film delivers a breathtaking visual experience of majestic waves, beautiful countries and the art of surfing. A two thumbs up to the videographer. Filmmaker Stephanie Johnes […]