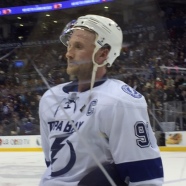 Posted by BK on March 20, 2016 in Hockey, Sports, Sports Highlight | Leave a comment

By BK on the SCENE 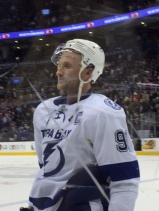 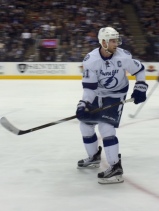 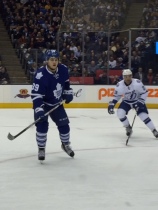 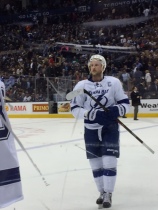 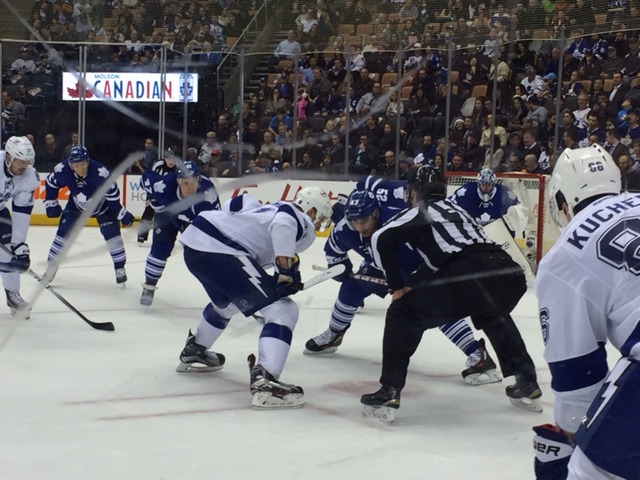 The Maple Leafs defeated the Tampa Bay Lightning 4-1 at Air Canada Centre on Tuesday. A very big win as the Leafs are playing competitive hockey with a lot of their young payers called up from their Farm team The Toronto Marlies.
Ben Smith’s first goal of the season midway through the third period was the game-winner and Smith also had an assist in the game.
Zach Hyman and PA Parenteau added empty net goals for the Maple Leafs, who have won three of their past four games.
Smith had not scored a goal in the NHL since March 29 with the San Jose Sharks. He was upset that earlier in the third period he was stripped of the puck in the Toronto zone and the play led to Tampa Bay tying the score 1-1.
Tampa Bay (40-25-5) is 19-14-2 on the road including 7-2-0 in its past nine road games. The Lightning played without center Valtteri Filppula who sustained an upper-body injury against the Columbus Blue Jackets on Sunday. Filppula is expected to miss at least the next two games.
Toronto (24-34-11) will play its next five games at home.
After a scoreless first period in which Toronto out-shot Tampa Bay 6-5, the Lightning had the first quality scoring chance when defenseman Victor Hedman had a wrist shot hit off the post on the power play at 1:25 of the second period.
Peter Holland had a chance to give the Maple Leafs the lead at 8:15 when he broke in alone on Lightning goalie Andrei Vasilevskiy, but his attempt to slip a backhand shot between the goalie’s legs was stopped.
Maple Leafs defenseman Connor Carrick gave Toronto a 1-0 lead at 13:34 of the second period.
Carrick got the puck and drove hard to the net in a scoring attempt, crashing into Vasilevskiy, who recovered when Carrick made his way back to his position at the right point. Holland had the puck at the side of the net and attempted a shot that was deflected to Carrick who caught it, quickly dropped it to the ice and swiped it past Vasilevskiy. It was Carrick’s first goal of the season and first with the Maple Leafs.
Tampa Bay tied it at 6:33 when defenseman Anton Stralman stole the puck from Smith and slipped a quick pass to center Brian Boyle who wristed home his 11th goal of the season.
Smith later worked his way to the front of the Tampa Bay net, took a pass from Michael Grabner and slipped a shot between Vasilevskiy’s legs at 9:07.
Hyman scored at 18:27 and Parenteau 40 seconds later for a 4-1 lead.
The march is on for the Auston Mathews sweepstakes and it doesn’t appear that the Maple Leafs are “Tanking The Season”! Even coming in “Dead Last” is no guarantee of Auston Mathews as it is only a 20% chance to get the number one pick for coming in “Dead Last”