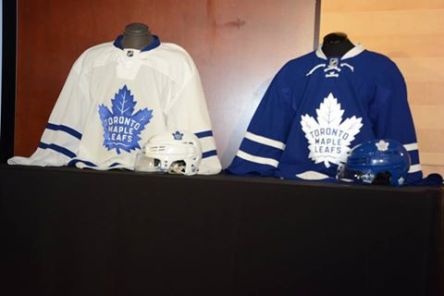 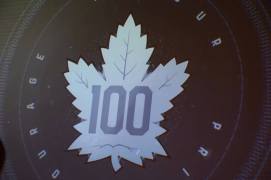 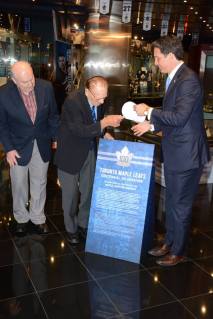 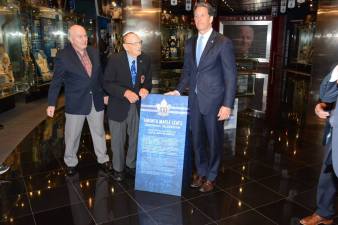 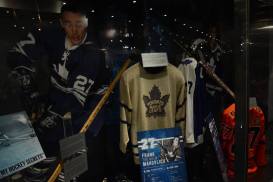 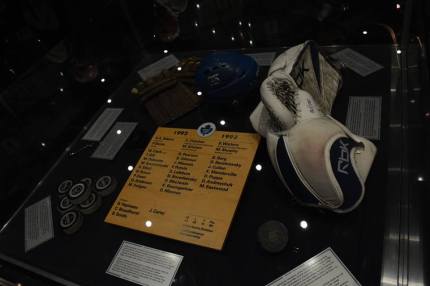 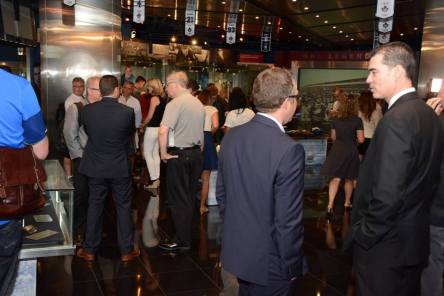 With 67 Players and 12 Builders, Toronto’s hockey franchise boasts the most Honoured Members inducted into the Hockey Hall of Fame. Beginning in 1917 as the Arenas, becoming the St. Patricks in 1922 and then the Maple Leafs in 1927, the Toronto Maple Leaf Centennial exhibit pays homage to those that have worn the blue and white as well as some highlights of the most iconic moments in Leaf history.
Some of the featured items in the exhibit include Bill Barilko’s 1951 Stanley Cup winning overtime stick and puck used to score his last goat, skates worn by Johnny Bower circa 1960,the million dollar cheque from the Chicago Black Hawkf for Frank Mahovlich, dted October 6th, 1962(which went uncashed), George Armstrong’s sweater from the 1967 Stanley Cup championship, stick used by Darryl Sittler during his 10-point game in 1976, Mats Sundin’s jersey from the final game played at Maple Leaf Gardens and much more spanning from Conn Smythe to current day. This exhibit celebrates those that helped make Smythe’s ambitions a reality, while reflecting on moments of wonder and heartache that shaped the club, its fans and the city of Toronto. 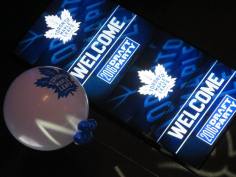 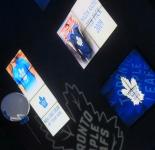 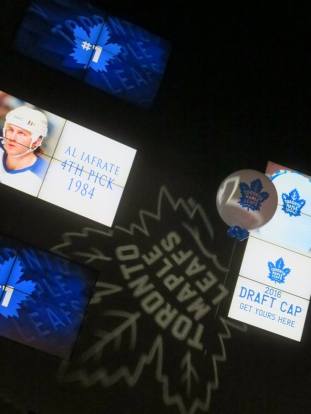 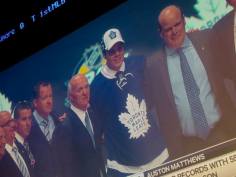 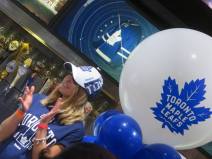 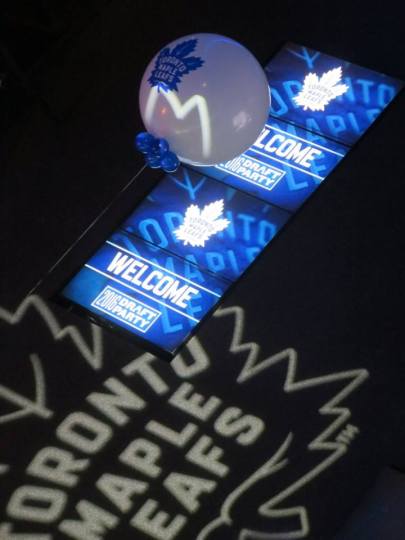 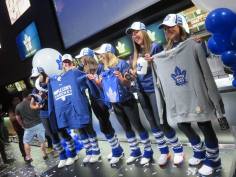 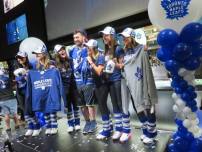 Season Subscribers and guest were invited to the NHL Draft Party at Real Sports Bar And Grill in Toronto. Toronto was guaranteed the number one pic this year and there was no doubt that Auston Mathews would be picked number one. Guest were treated to delicious food, amazing desserts and thirst quenching beverages. Special guest Wendel Clark and Darryl Sittler were in attendance to meet and greet the fans. When the Draft started and Chief of Scouting Mark Hunter stood at the platform, he announced what everyone knew already-“With the first selection from Switzerland via Arizona, The Toronto Maple Leafs are proud to select Auston Mathews” ! The Leafs have not had a number one selection in the Draft since 1985 and they have not had an A-list Center since Mats Sundin. Hopefully this will start a new chapter in the Leafs rebuilding and a possibility of challenging for the Stanley Cup.