It was a grey, rainy and gloomy day but the park was filled with adoring fans and packed with media.
Mayor John Tory presented Geddy Lee and Alex Lifeson with the keysto the city

The 7,000 sq. metre park, at 45 Princess Ave., included an intimate amphitheatre, stage and art installations with a musical theme. It is connected to the existing Willowdale Park, near Yonge and Sheppard, by a footpath.

The festivities were hosted by TV and radio personality George Stroumboulopoulos, who also interviewed Lee and Lifeson in front of hundreds of fans and community members.

Musician Jacob Moon followed with a performance of the Rush classic “Subdivisions” and the crowd sang along with Jacob Moon.

Councillor John Filion, Ward 23 Willowdale was the driving force behind the creation of the art park, and the naming of it after the iconic rockers. 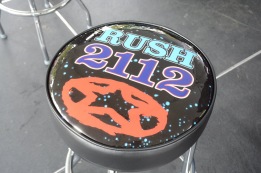 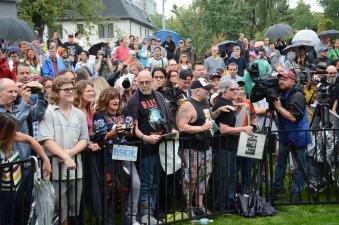 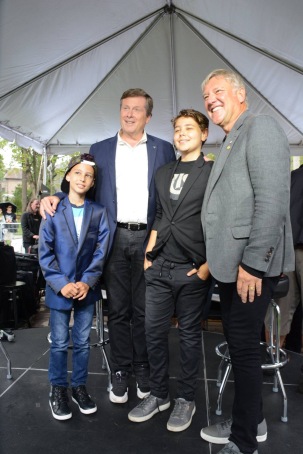 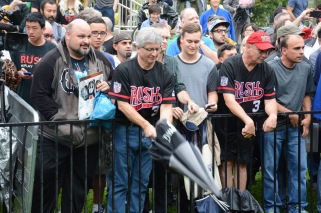 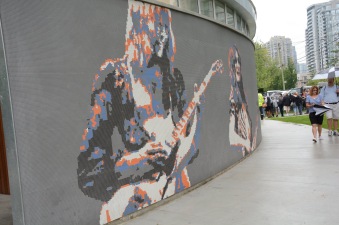 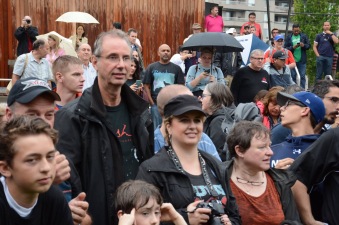 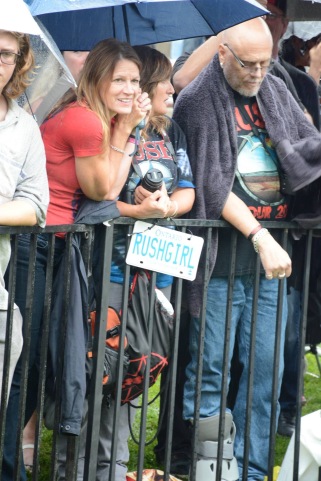 Rush formed in Willowdale in 1968, and rose to fame in the world of progressive hard rock scene when drummer Neil Peart joined Lee and Lifeson in 1974. Rush was inducted into the Rock and Roll Hall of Fame in 2013 and were the first band to become officers of the Order of Canada in 1997.
Even with all that success, Lee and Lifeson remain humble, with great admiration for the neighbourhood in which they were raised. We look forward to some intimate shows being showcased at the art park.