By BK on the SCENE 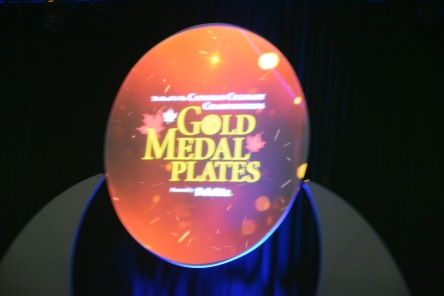 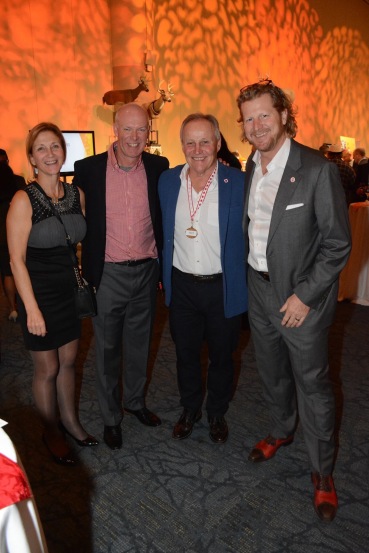 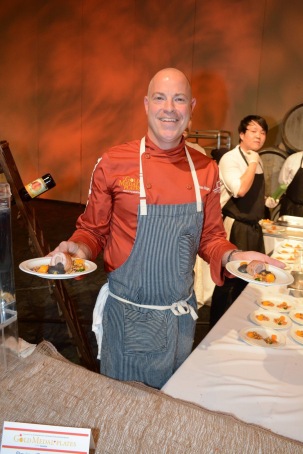 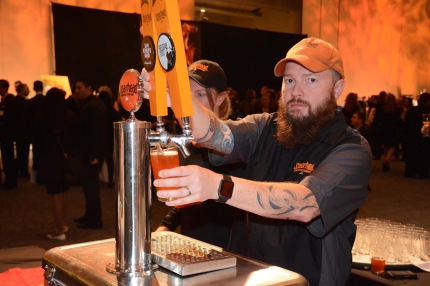 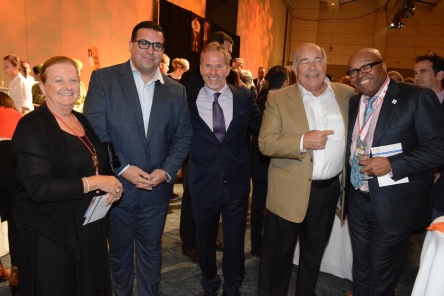 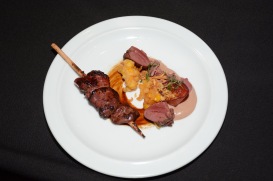 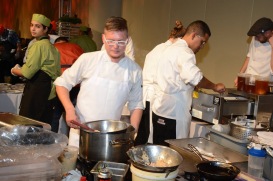 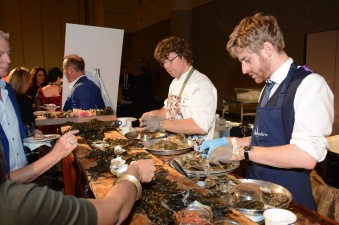 Gold Medal Plates: The Road to the Canadian
Culinary Championships
One of the most unique fundraisers we had the pleasure of attending was this year’s Gold Medal Plates. Noted as a celebration of Canadian Excellence, this charity fundraiser benefits the Canadian Olympic Foundation and is centered around five programmatic pillars: culinary, libations (Wine, Beer, Spirits), Olympic athletes, live musical entertainment, and international auction trips. The nation-wide event takes place in eleven cities across Canada in 2016 where premier chefs from each city competes for a gold, silver and bronze medal in a culinary competition and then subsequently at the Canadian Culinary Championships. We enthusiastically attended the Toronto leg of the race on November 3rd at the Metro Convention Center and it was certainly a celebration to write home about. 9 Chefs hailing from renowned restaurants
across the city competed for culinary gold with their own signature dishes paired with libations from local wineries and breweries. We had the opportunity to sample offerings from each of the 9 chefs while browsing through an impressive selection of items and travel packages for silent auction while rubbing elbows with Olympic athletes (just look for the most fit & athletic people in the room).
Following the end of the silent auction with our hunger well quelled, we were seated along with the other guests at our respective tables and the second half of the event commenced. Each Olympic athlete in attendance were introduced and took the stage one by one, including Canadian runner Andre De Grasse who ran head to head with Usain Bolt at the 2016 Rio Olympic games. An all-star musical lineup including Jim Cuddy, Alan Doyle, Ed Robertson, Devin Cuddy, Sam Polley and Anne Lindsay rocked the venue in between live auctions for some incredibly planned trips abroad. Barcelona & Mallorca, Iceland, Tuscany, Portugal, Argentina & Uruguay, and Big White & Kelowna were some of the exciting travel packages being offered. 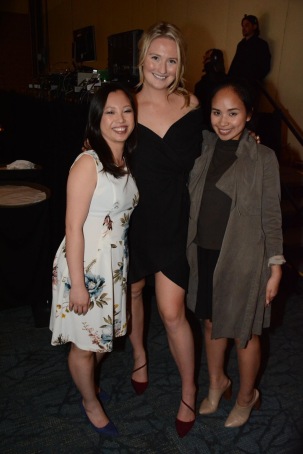 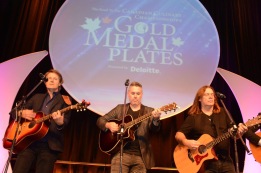 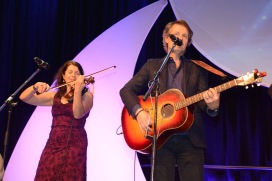 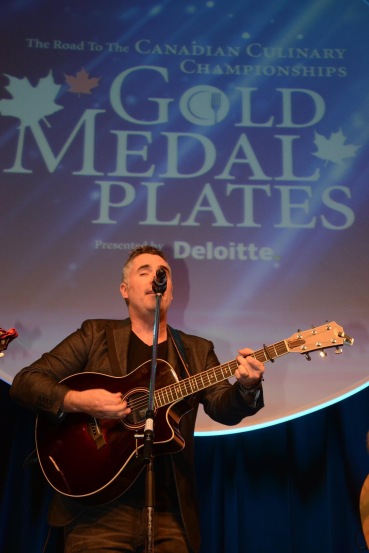 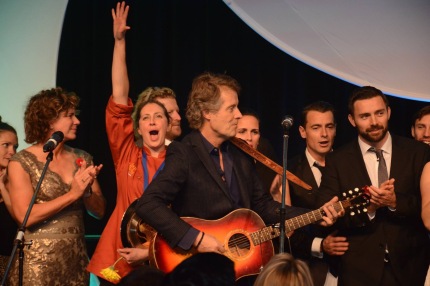 Finally, the results for the culinary battle was announced with Chef Amanda Ray from O&B Canteen taking home the gold medal with her milk braised piglet with turnip choucroute, Chef Albert Ponzo of Le Select Bistro taking home the silver with his open faced Fogo Island crab ravioli with ocean gelee and pulverized shrimps on wakeme seaweed, and Chef Ross Midley from Ravine Estates Winery Restaurant securing the bronze with his mini prochetta and black scallop mousseline. Other chefs competing were: Nicolas Comazzi from Aria Ristorante, Wayne Morris from Boralia, Rocheller Batuigas from Cafe Belong, Sylvain Assie from Cafe Boulud, Jonathan Goodyear from Magna Golf Club, and Ted Corrado from The Drake Hotel. All competing chefs were awarded the Gold Medal Plates Emblem of Distinction. With such a superb event line-up for the evening, I’m sure everyone left feeling like a winner.

From the Organizer:
Founded by two passionate Canadians
– Stephen Leckie and Karen Blair, one of the goals of Gold Medal Plates is to raise substantial funds for Canada’s high performance athletes, while celebrating Canadian excellence. Since 2004, Gold Medal Plates has received tremendous support and accolades all across Canada, and generated a combined net total of nearly $11 million for Canada’s Olympic athletes! Gold Medal Plates is supported by corporate partners and individuals from across Canada who are committed to Canadian Excellence and supporting Canadian athletes.
We would like to thank Robin Turnbull, PMP Principal, Robin Turnbull Event Management for the invitation to this event.

← The 9th annual Rally for Kids with Cancer Scavenger Cup in Toronto November 04th and 05th, 2016 for fight against Children’s Cancer in support of The Hospital for Sick Children (SickKids) DX INTERSECTION 2016-DISPATCH@Design Exchange(Fri.,Nov.4th,2016) →