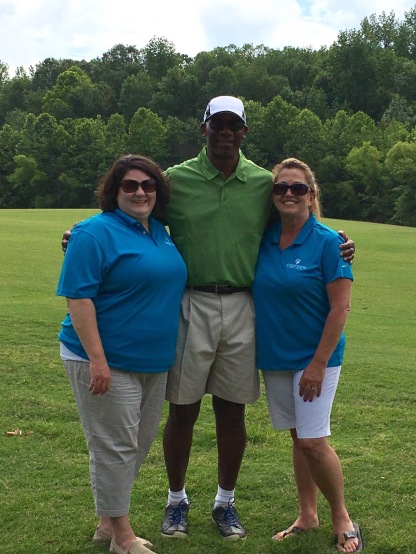 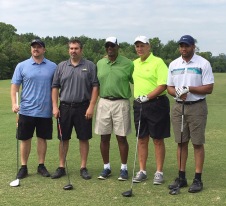 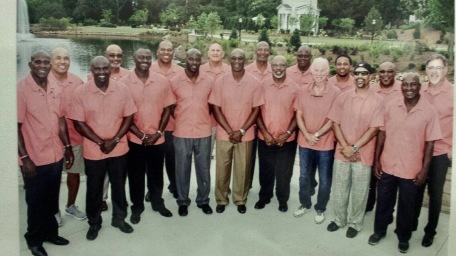 On June 2, 2017, the 15th Annual John Stallworth star studded Celebrity Golf Tournament took place at Hampton Cove Golf Course just outside Huntsville, Alabama. This was a rare opportunity to golf with Pro-Football Hall of Famers, former Pittsburgh Steelers and players from other NFL teams, and Alabama and Auburn alumni.
Proceeds from this event assist deserving, academically gifted students who are awarded scholarships to attend 4-year colleges and universities in the state of Alabama and A&M University. 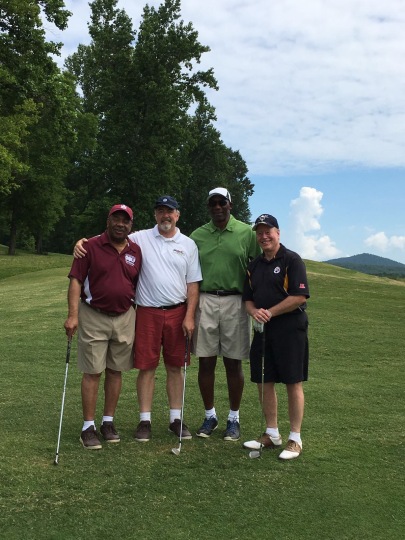 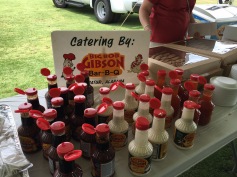 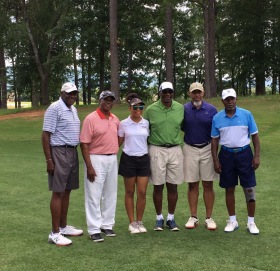 Alabama Agricultural and Mechanical University is accredited by the Southern Association of Colleges and Schools’ Commission on Colleges to award baccalaureate, master’s, educational specialist, and doctoral degrees.
The foundation has provided over $500,000 in scholarship funds – ensuring a bright future for many promising young adults as they enter the workforce!
On the evening before the golf day, there was a Silent Auction & Cocktail Reception followed by the Celebrity Pairings Party held inside the beautiful, new facility at the Huntsville Botanical Garden.
Some of the celebrities throughout this 2 day event included:
Mel Blount, Dick Conn, Randy Fuller, Victor Green, Bobby Lee Harden, Ronald McKinnon, Spike McRoy, Michael Merriweather, Andre’ Reed, Donnie Shell, Richard Shelton, John Stallworth, Cliff Stoudt, Hines Ward, Tim Worley.
A huge thank you to Tiffany Jordan and Michael Cox at the Huntsville Chamber of Commerce for this special and exclusive invitation; Kristen Pepper and Leslie Walker at the Huntsville Convention Bureau for having me back after Tbex; and last but not least: John and Flo Stallworth and all their friends and family for welcoming me into their intimate circle so warmly. Southern Hospitality indeed!
Thank you to Lakeysha Brown at Home2 Suites by Hilton Huntsville/Research Park area, Alabama for hosting me.
#ihearthsv
#tbex

For more info check out http://www.johnstallworth.com