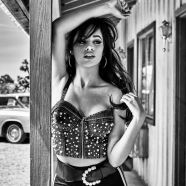 Toronto, ON – This Fall, GUESS is proud to introduce Cuban Mexican American multiplatinum chart-topping singer/songwriter, Camila Cabello as the face of the GUESS Jeans Fall 2017 advertising campaign alongside model, Alex Dellisola.  On the heels of releasing her hit debut solo single “Crying In The Club” and her show-stopping performance at the Billboard Music Awards last weekend, Camila’s career continues to soar with the launch of her being featured as the star of the latest GUESS campaign. Taking inspiration from GUESS’ roots and all-American style, the iconic black and white campaign reflects GUESS’ rich denim heritage that has characterized the brand for the past several decades. 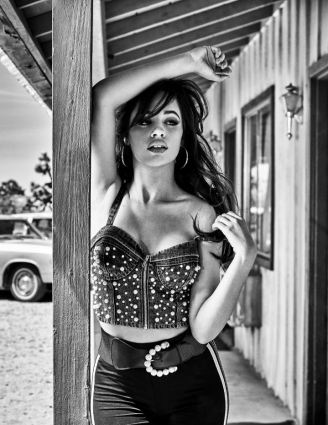 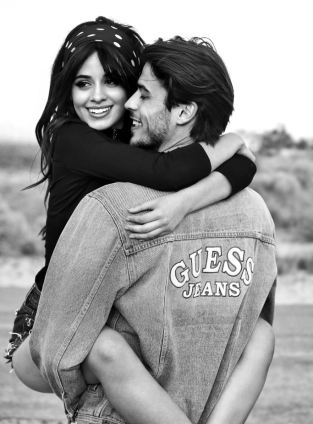 “I couldn’t be more excited to partner with GUESS on this incredible campaign,” shares Cabello.  “I’ve grown up loving their aesthetic and not in my wildest dreams did I ever think I’d be lucky enough to be a part of it,” she continued.

Art directed by Paul Marciano, Chief Creative Officer for GUESS?, Inc., and shot by fashion photographer Tatiana Gerusova in the desert of Palmdale, California, the campaign captures an amorous couple on the road looking for passion and excitement, serving as a backdrop capturing GUESS’ heritage through ‘90s logo mania tees and oversized denim jackets.  The dominance of denim evokes the free-spirited era of quintessential GUESS ad campaigns.

“Camila’s confidence, strength and beauty reflect the qualities I look for in a GUESS Girl and am so excited to welcome her into the GUESS family,” says Paul Marciano, Chief Creative Officer for GUESS?, Inc.  “Choosing Camila to be the face of GUESS this fall celebrates that GUESS Girls are multi-talented, dynamic and accomplished women.”

The Fall women’s wear assortment offers a denim heavy mixture of silhouettes in the form of oversized jackets, high-waisted skinny jeans, cut-off shorts and push-up bustier tops.  Faux fur makes a statement this season in multi-coloured and leopard printed jackets, adding flair to any subdued outfit. A resurgence of vintage inspired logo tanks and tees make another appearance this season as they continue to remain a key part of GUESS’ roots. For the GUESS Guy, oversized varsity jackets, quilted bombers, faux leather moto jackets and faux-shearling coats are the key outerwear styles of the season. Acid wash and distressed denim play a prominent role in Fall collection, adding a bit of edge to the delivery and is offered in a variety of silhouettes including jeans and jackets.

Look for these GUESS images beginning July 2017 in top fashion and lifestyle magazines, at www.GUESS.com, on GUESS’ social platforms, in GUESS retail stores, outdoor media, online, and on collateral materials.

About GUESS?, Inc.
Established in 1981, GUESS began as a jeans company and has since successfully grown into a global lifestyle brand.  Guess?, Inc. designs, markets, distributes and licenses a lifestyle collection of contemporary apparel, denim, handbags, watches, footwear and other related consumer products. Guess? products are distributed through branded Guess? stores as well as better department and specialty stores around the world. As of January 28, 2017, the Company directly operated 945 retail stores in the Americas, Europe and Asia. The Company’s licensees and distributors operated 735 additional retail stores worldwide. As of January 28, 2017, the Company and its licensees and distributors operated in 101 countries worldwide. For more information about the Company, please visit www.guess.com.

About Camila Cabello:
Cuban born singer/songwriter Camila Cabello (Epic Records / SYCO)  is no stranger to the spotlight. Beginning her official solo career after four years in Fifth Harmony, Cabello just released her much-anticipated debut single, “Crying in the Club,” to rave reviews.  She has already earned a chart topping smash with the recent double platinum-certified hit “Bad Things” with MGK. The track generated over 240 million Spotify streams.  As a result of its success, she became “the first female artist to hit #1 on Top 40 Radio with and without a group.  Cabello is currently featured on J Balvin and Pitbull’s “Hey Ma” from the worldwide hit film Fate of the Furious and its chart-topping soundtrack. She has also collaborated with Shawn Mendes for the platinum-certified duet, “I Know What You Did Last Summer,” which reached 10 at pop radio and hit #20 on The Hot 100 chart.  Her debut album, The Hurting, The Healing, The Loving is due out later this year.