In a surprise development, comedian TONY CLIFTON is making the trek to Toronto next week to support his appearance in the highly anticipated TIFF documentary “Jim & Andy & Tony Clifton: The Great Beyond.” The Film, directed by Chris Smith, produced by Spike Jonze and featuring Jim Carrey as Andy Kaufman, makes its debut at Toronto on September 11th. 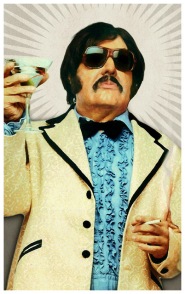 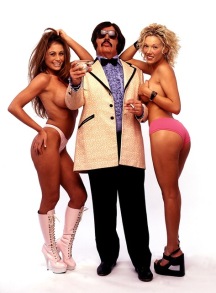 Clifton is a key character in the doc, and is looking forward to supporting its debut in the Festival. Clifton will be making the rounds at events taking place in, and surrounding, the Festival.

Tony’s Festival expedition comes ahead of Clifton’s triumphant return to Broadway at the Iridium Jazz Club at 1650 Broadway on November 1st in New York City.

Tony will be in Toronto September 8-12 and is making himself available for a few select interviews. We welcome your coverage; please direct enquiries to Henry Eshelman and PMG: heshelman@platformgrp.com and +1.323.337.9042.

Please find bio below and links to images and other supporting documentation here:

Tony and I are looking forward to seeing you in Toronto!

Tony Clifton is shrouded in mystery and rightfully so, as the late great comedian Andy Kaufman wanted it that way.

According to Kaufman himself, he hitchhiked to Las Vegas in 1969 to see Elvis Presley. After the show, Andy stumbled into a seedy lounge in the bad side of town and saw an act that would change his life forever: Tony Clifton!

It wasn’t long until Kaufman became popular (due to the TV series “Taxi”) and demanded that Clifton appear on the show. The producers agreed, until Tony showed up drunk with two hookers. He was fired and had to be bodily thrown off the Paramount lot.

Kaufman became obsessed with Clifton, instructing his manager to “find Tony work.” Surprisingly, Clifton was able to appear on a number of mainstream TV shows in the late 70’s and early 80’s, performing duets with everyone from Dinah Shore to Miss Piggy.

He even appeared on the David Letterman Show, with Letterman convinced he was Andy Kaufman in disguise. Meanwhile, Kaufman was watching the show back home in L.A. and was rolling on the floor with laughter, knowing he pulled one over on the “The Last Giant of Late Night.”

After Kaufman’s untimely death in 1984, there were those who believed that Andy had faked his death and was, in fact, now performing as Clifton.

The Milos Forman film “Man On The Moon” that starred Jim Carrey, further fueled these rumors. In 2003, fans were stunned when Tony made a rare appearance alongside Michael Stipe and R.E.M. at the Hollywood Bowl. This was followed by a sold out performance at L.A.’s House of Blues. Then Clifton took his act on the road. What was once a joke about lounge singers became instead a big time extravaganza, with top musicians and a bevy of beautiful showgirls. The reviews spoke for themselves:

“A sprawling performance, unquestionably the most unfiltered expression of pure id to hit a stage in ages. Transfixing.”
–David Sprague, Variety

“A figure so mesmerizing in his grotesquerie that his very existence becomes an act of theatrical alchemy.”
–Entertainment Weekly

“This is deep, deep, pseudo-psychotic improv, where the boundary between fantasy and reality was crossed long ago.”
–Chicago Tribune

“Clifton is a living, breathing, behemoth of anti-comedy, his persona so foul and antics so outrageous that one is left slack-jawed at the sheer audacity of his being.”
–Pop Matters

Tony would like to thank the Toronto International Film Festival for premiering his and producer Spike Jonze’s film, “Jim & Andy & Tony Clifton: The Great Beyond” directed by Chris Smith. He states, “The world will now see what Andy Kaufman and my fans have known for a long time – that I am the greatest performer that ever LIVED!!! – except for Sinatra, of course.”

On Tony’s arm at this years Festival will be his girlfriend, the lovely Tiara Tae, a legal sex worker from Dennis Hof’s World Famous Moonlite Bunny Ranch. Tony says, “The paparazzi are going to go crazy when they see us walking down the red carpets.”