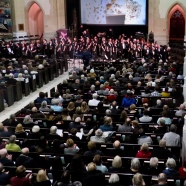 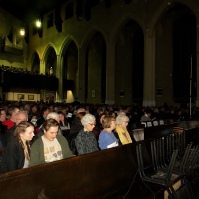 The Nordic Light Gala Concert at Metropolitan United Church in Toronto on Saturday, February 24 featured the Orpheus Choir of Toronto and That Choir, in a concert dedicated entirely to the music of Ēriks Ešenvalds, conducted by Robert Cooper, Craig Pike and the composer himself. The performance centerpiece was the Canadian premiere of Nordic Light, Ešenvalds’ spectacular multimedia symphonic representation of the Aurora Borealis. 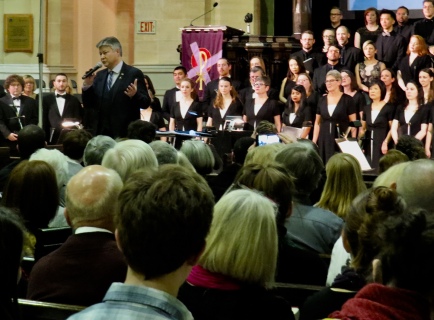 When Ēriks Ešenvalds was in a meadow in far northern Norway six years ago, he saw, as many people do at 69 degrees latitude, the northern lights. The flickering green display lasted until dawn while he gazed upwards, made snow angels and took thousands of photos. It’s from this inspiration that Ešenvalds dedicated the next three years transforming these images into music and a ground-breaking multimedia work for two choirs, orchestra, natural sounds, videos of Arctic storytellers and projections of the lights themselves. 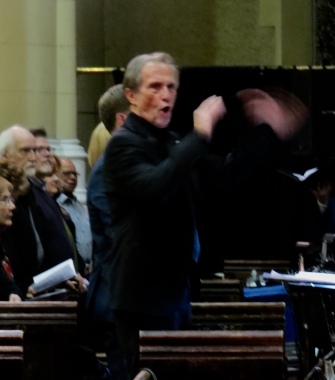 The mystical Aurora Borealis can be experienced as never before with the Canadian Premiere of renowned Latvian composer Ēriks Ešenvalds’ multi-media Nordic Light Symphony. Folk and Indigenous storytellers from the earth’s circumpolar nations revealed their mythic beliefs in songs and stories of the ethereal Northern Lights. Ēriks Ešenvalds himself introduced this significant work and prefaced many of his most inspired and beautiful choral creations in an all-Ešenvalds program that featured the Orpheus Choir, That Choir, and 55-piece Orpheus Concert Orchestra. Conductors Robert Cooper, Craig Pike, and Ēriks Ešenvalds led the way on this spectacular, multi-sensory adventure.

We would like to thank Lisa Griffiths from the Orpheus Choir Toronto for this invitation. 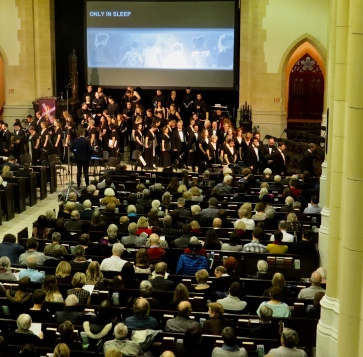