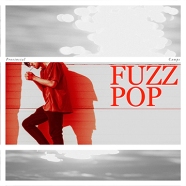 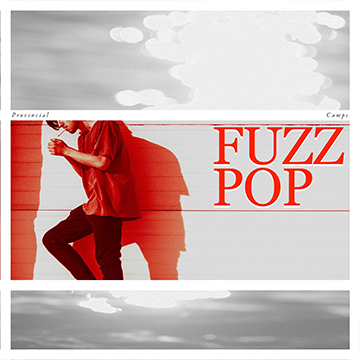 “Powerful” — Rocktails
“Nice, gritty edge to it” — For the Rabbits
“Really dig the vox on this track” — BIRP.FM
“The fuzziness is very welcome” — Destroy // Exist
“Absolutely in love with the guitar line through this song” — SSG Music
“There’s a cool attitude here that evokes good emotion” — Various Small Flames
It’s not every day a new release is named after what it sounds like, but for Saint John indie rockers Provincial Camps — and their sophomore release Fuzz Pop — what you see is definitely what you get.

“Since I wanted to go in a different direction this time, most of the songs are written to sound like they’re ‘love songs’.”

The result is a simpler, more upbeat and pop-esque sound for Provincial Camps — which also includes Sheehan Flatt on bass and vocals, and Will Jordan on drums — compared to the trio’s debut release, 2015’s Exaggerator. “The ‘concept’ I had in mind for this album was that I’d write songs that sounded like love songs, but were about something else entirely.

“The album is sort of like a guessing game,” he continues. “We want listeners to try and decipher the lyrics and figure out what each song is actually about.”

While nearly all tracks on Fuzz Pop are original to Sam Roach and Provincial Camps, there is one intriguing cover tucked within — “Caroline, No” by The Beach Boys.

“I chose The Beach Boys to cover because I saw something new I could do with it,” Roach shares on Provincial Camps’ take on the 1966 classic. “I thought it would be interesting as a super fuzzy rock song, and it fit both aesthetically and thematically with what I was doing on the rest of the album.”

The Beach Boys may have influenced a cover, but it’s Roach’s emphatic admiration for earlier releases by Weezer, Pixies, The Thermals, and blink-182 (“They are NOT a guilty pleasure band,” he tables. “I will defend them until the day I die!”) that fed and filtered inspiration for Fuzz Pop on the whole.

What sparks Roach’s creativity doesn’t start and stop with songs. With Montreal as his current address, the 19-year old frontman also draws heavy inspiration from the band’s main hometown backyard of Saint John. “For our first album, I really wanted its sound to reflect the vibe of Saint John as much as possible,” Roach describes. “As a result, it had a very cold, harsh aesthetic that fit with the industrial structures and sort of run-down look.

“The songs on Exaggerator are all about loneliness in some way, whether it be romantic loneliness or fear of being misunderstood…”

Now the misunderstanding is deliberate and highly engaging, as listeners parse Fuzz Pop and figure out if the East Coast trio are rocking on about their love of humans, or… Have a spin to see for yourself!

Fuzz Pop is available now.
We would like to thank Eric Alper,,Publicist for the artist profile and the press release. Keep up the hard a

← BEHOLD Florida-based Metal Collective Cosmogyral’s Debut Release Expect “All Killer, No Filler” From The Band Out To Impart Wisdom & Perspective JANELLE KROLL DEBUTS MESMERIZING CGI-ANIMATED VIDEO FOR “WALK WITH YOU” →