January 4, 2019 it was my pleasure to interview Juno award winning Canadian musician Barney Bentall.  The start to our interview was slightly delayed so that Barney could fix one of his tractors at this ranch in interior British Columbia! A true western Canadian! 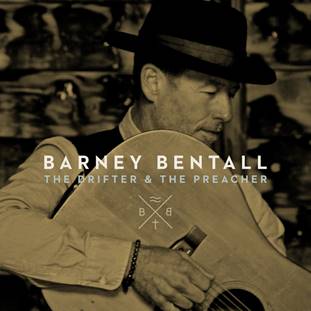 Barney,  Congratulations on your musical career to date … you’re a Juno winning musician and currently perform all over Canada.

Question: Barney, you grew up in Calgary, the son of a Baptist minister… did having a father who was a minister influence your music career a lot?  Being involved in a church with music…..As we know many musicians have had a huge start musically in their church.

Answer: Barney explained that the Baptist church doesn’t have the have the variety of music as other denominations do….mostly classical music. So unlike Aretha Franklin and other great singers, the music was not what influenced him. However his Dad was an amazing preacher. His father the minister was a great orator – Barney learned his speaking skills and story-telling through this – a great skill to have as a musical performer, singer and songwriter. Barney becoming a musician was not a popular decision in his house, he felt rebellious doing this…but now Barney realizes and is more accepting of the way his parents made decisions.

After touring for 10 years, you started a Cattle Ranch in 1997 in British Columbia.   In your music videos we see horses, we see prairies, lots of land…is out west and Calgary still in your heart?  Is Western Canada where you call home? Does it influence your singing, songwriting and music?

He felt the way he chose his life was quirky.  I have my hands in it. Musically I took time off which isn’t the best for a music career. You have to follow your passion.  Location always has an effect on what I think about. I love the balance of travelling for music tours and then returning to the ranch.  The Ranch always grounds me. He has learned and understood the reality of work on a ranch. Life there makes him feel more accepting of the past and to understand ageing. The travel is still good – being a musician is a wonderful job.

Question: You must be looking forward to coming to Toronto when you’re playing  fournights at Hugh’s Room in Toronto. This is a tribute to Gordon Lightfoot’s music.  Does Gordon Lightfoot play an important part of your life as a musician?  Were you greatly influenced by his music?

Answer: Gordon Lightfoot was a great influence on Barney’s musical career. He feels a great connection to Gordon Lightfoot and his music.  Barney’s hoping that Gordon Lightfoot drops by Hugh’s Room at least one of the nights – and although it can be nerve-racking to be singing the songs of a Canadian icon in front of him…. Barney feels that as you get older certain things such as getting nervous about performing – happily fall by the wayside

Answer: Barney is very proud of his Canadian roots.  He’s performed all over Canada.  When asked if he’d performed with any of the musicians at the upcoming Gordon Lightfoot tribute, he said he’d travelled with David Mullen to the Arctic. He’s very proud of being Canadian.

Question: Did you have the chance to see Gordon Lightfoot in concert as the final performer at Massey Hall before it closed for 2 years of renovations in June 2018?

Answer: When asked this question, Barney said he hadn’t had the chance and asked me if I had… I happily said I’d been to two of Lightfoot’s concerts at Massey Hall – including the final one before Massey Hall closed for the big two year renovation.  A memory to hold.   When asked if Barney had ever performed at Massey Hall, he said he’d performed there in March 2018 with Jim Cuddy. Indeed a memorial occasion for Barney – as for any wonderful musician.

Question: There’s a very talented group of musicians for this Gordon Lightfoot tribute.

Answer: Hugh’s Room will be an interesting collaboration. Barney’s looking very much forward to 4 fun and musically filled nights at Hugh’s Room, Toronto. Barney has toured with Kevin Fox and Dave Mullen. Performed with Dave Barber, Anne Lindsay Toronto fiddler. Barney has been part of the Celebration of the music of Gordon Lightfoot once before and he is thrilled to be part of it again for 4 nights – January 10 – 13, 2018.

The WAY WE FEEL.  A celebration of the music of Gordon Lightfoot

to Errington, Vancouver Island and other BC locations.

Barney Bentall and the Legendary Hearts are a Canadian rock band, based out of Vancouver, British Columbia that formed in 1980. The band’s name was taken from the title of Lou Reed’s 1983 album.

We would like to thank Eric Alper for the opportunity to interview Barney Bentall.