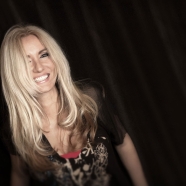 Canada’s Queen of Rock Sass Jordan has ventured among the vines, and added winemaker to her already-impressive collection of accomplishments. 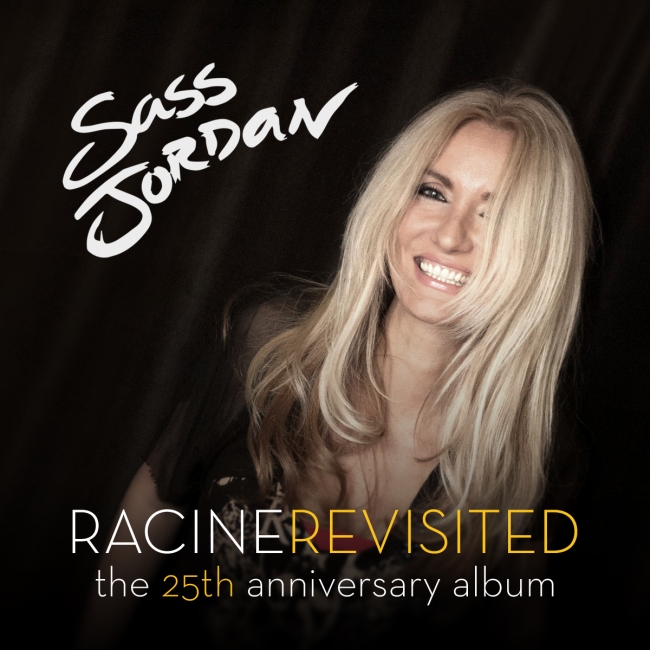 Of the Kick Ass White, Jordan is quick to note it didn’t come together as initially expected. Having just one stipulation, she’d firmly vetoed use of two varieties from the get-go: “There are two grapes I cannot stand. Chardonnay and Riesling.”

So what’s the final blend of Kick Ass Sass White? Chardonnay and Riesling.

The results are “my spirit and soul” in a glass, she shares, on what Kick Ass Sass White embodies to her. “Like the taste of the sun. It has this juicy (and) fruity flavour to it… But the thing that’s astounding to me is I can taste Niagara, the Earth, the vines, the sun…

Jordan is confident fans of hers will be fans of the line. And fans, she has in spades. 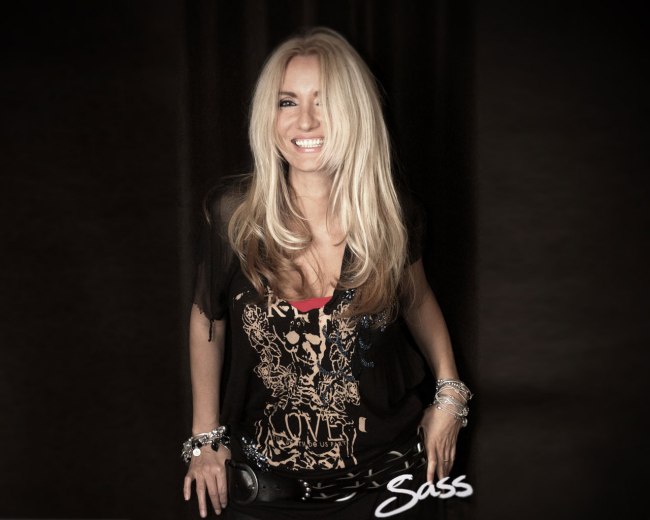 Having planted musical roots in Europe, Jordan edged across the pond to the veins of metal pulsing in the musical metallurgy of Montreal in the 70’s. The city’s burgeoning scene included a ‘no holds barred’ approach to glam, punk, blues, prog, metal, country, jazz, folk — with the added attraction of a homegrown sound created by the Quebecois artists of the decade, unique to the landscape and pertinent to the denizens of the period.

This was the backdrop that would nurture one of the country’s and world’s most inimitable pioneers of female-fronted rock.

In the years since these auspicious beginnings, Jordan has found herself working with and in the company of many of the people that inspired her to do what she does — including Aerosmith, The Rolling Stones, AC/DC, Steve Miller Band, Van Halen, The Foo Fighters, Cheap Trick, Santana, Joe Cocker, Styx, Rodger Hodgson, April Wine, Jeff Healy, and countless others. She has won various awards, including JUNO and Billboard, and has sold over a million records worldwide.

A feature actor in the episodic TV show “Sisters”, Jordan also starred as a judge on Canadian Idol. Her songs and performances have been featured on numerous television shows, including the iconic 90’s ‘Baywatch’ and ‘Knight Rider’, The Dennis Miller Show, and SyFy’s ‘Defiance’.

2017 saw Jordan re-imagine her major-label breakout masterpiece, Racine, as Racine Revisited some 25 years later. She continues to work on new music, perform live, and develop the webisode/podcast series Roadogs and the 10 Commandments of Rock, in support of friend Tom Petersson’s foundation, RockYourSpeech.com

“I said to Peter (Wark, her manager), ‘I want to make a wine. Let’s go talk to Brian’,” she explains on her innate interest to level up in the world of Niagara’s most well-known export. “I didn’t want to go to one of those strip-mall wine places.”

Her connection with Schmidt and Vineland Estates is more than a decade in the making. Having first connected during a tasting session featuring Vineland Estates wine, Schmidt quickly became Jordan’s mentor and advisor for all things wine-related.

Not one to sit idle on the sidelines, Jordan revels in playing a key role in the wine’s production. The rocker-turned-vintner assists in designing the final blends for both Kick Ass White and Kick Ass Red, as well as label designs and product roll-out.

Patience in the process aside, Jordan is quick to confide her search for “instant gratification” as soon as bottles are in-hand. “(I wanted) something I would be thrilled with when I opened the bottle,” she shares, adding it had to be something to open for friends and not have to put down in the cellar for years. The results are a “body wine… A wood-fire wine… Comforting.”

Kick Ass Sass is available at Vineland Estates and in their online shop now.

We’d like to thank Eric Alper for the media coverage.