Home » Arts » ADIDAS RUNNING UNVEILS THE NEW ULTRABOOST 19; THE MOST RESPONSIVE ULTRABOOST EVER

ADIDAS RUNNING UNVEILS THE NEW ULTRABOOST 19; THE MOST RESPONSIVE ULTRABOOST EVER

ADIDAS RUNNING UNVEILS THE NEW ULTRABOOST 19; THE MOST RESPONSIVE ULTRABOOST EVER

To create the new adidas Ultraboost 19, adidas designers and product developers worked with thousands of runners worldwide to totally reinvent the running shoe. Together, they simplified the original adidas Ultraboost from 17 pieces to just 4 performance-driven components, creating a lighter, reboosted silhouette with more responsiveness for a game-changing running experience. 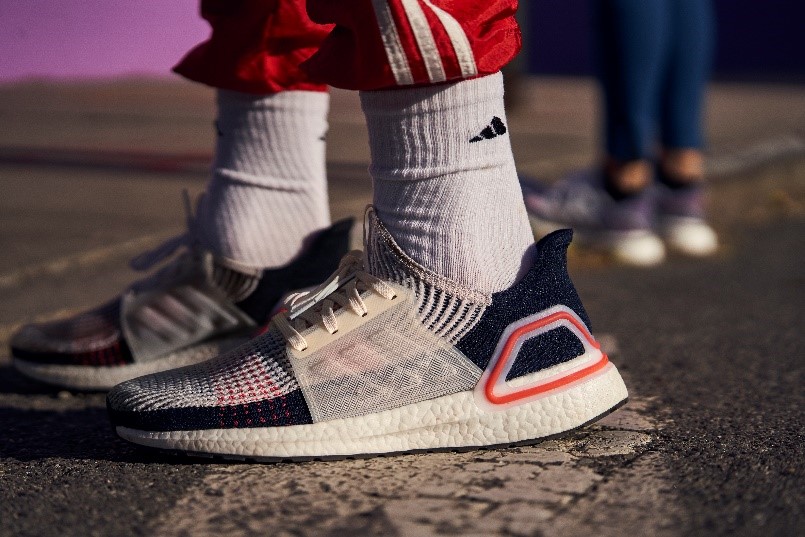 The adidas Ultraboost 19 was inspired by, and made for, a new era of running. A type of running that is more creative, sociable and open than ever before.Sam Handy, VP Design, adidas Running, said, “Running is constantly evolving, so we designed the reboosted and re-energized adidas Ultraboost 19 to empower runners all over the world to keep challenging and changing what running is and what it looks like. We have created a shoe that provides more energy return than ever before so that all runners can run with power and confidence in whatever way their creativity takes them.”Early supporters of the new adidas Ultraboost 19, who were first in the world to experience the shoe, include adidas’ biggest global athletes and entertainment influencers, such as football players Lionel Messi, Paulo Dybala and Paul Pogba, track and field star Wayde van Niekerk, Hollywood actor Chadwick Boseman and style icon Kendall Jenner.After selling out the first exclusive colourway, the adidas Ultraboost 19 Laser Red, in under seven minutes in the US and China, the model drops worldwide on February 21. Three other limited-edition colourways, Dark Pixel, Refract and Bat Orchid, that have launched since January are available to buy at exclusive retailers.Sign up for more information at adidas.com/running_ultraboost. Follow the conversation on Instagramand Twitter and using #ULTRABOOST and @adidasCA
We would like to thank: Samantha Song, Ciara Dalziel | Jessica Moy | rock-it promotions for the press release.

← Dragon Ball Celebrates its 30th Anniversary During The Year of the Pig@Beanfield Centre-Sat.,Feb.9th,2019 Taste of the NFL’s Party With a Purpose @ Cobb Galleria Centre, Atlanta GA (Sat. Feb. 2, 2019) →