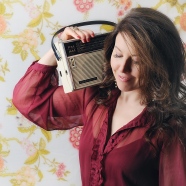 From her early days in a Galiano Island cabin on the coast of British Columbia, to the pulsing dance clubs of Goa India, award-winning Canadian songwriter T. Nile has blurred musical boundaries, fusing the traditionally conflicting styles of electro-pop and folk-blues-roots.

Beachfires — available now — is a collection of songs that reveals a fearless expedition  into the musical realms of electronic, folk, blues and and atmospheric pop, capturing the listener’s heart and mind simultaneously.

“When writing this album, I did things a little differently,” she explains. “The album evolved out of improvisations that happened while jamming with Brent Sadowick. We were playing around with a bunch of instruments, having fun. Brent recorded our improv sessions and in several instances, as with “Dangerously Free”, “Use Your Heart” and “Note to Self”, the vocal take that ended up on the album is the original recording. These recordings capture the creative ‘moment of conception’.”

The musical bravery expressed in Beachfires, was ingrained in T. Nile at an early age; she spent a good part of her childhood and teens touring throughout North America and Australia with her father, a multi-instrumentalist sidewalk entertainer. The lifestyle took root and, since her first LP At My Table, her songs have captured the hearts of audiences across the globe as well as the memory of her father in the wake of his passing.

“It was the first song I wrote after my father passed away,” T. Nile says of Beachfires‘ new single off the release, “So High” — a track musically inspired by 80s ballads. “It expresses how I feel his presence whenever I’m alone in nature on our home of Galiano Island.

“I wrote it while filled with a profound grief at his loss, but also elation at how much I still feel him in every aspect of my life. When I sing it now, the song brings up a simultaneously soaring and melancholy feeling.
“His essence has expanded beyond the boundaries of his physical being, and he is now always with me on the inside.”

Beachfires, is a diverse, unpredictable and vulnerable record. It’s a strident and honest record — it’s music to dance to and explore with —  Beachfires is a soulful and dynamic electro-folk dream, full of lyricism.
Beachfires and “So High” are available now.

A native of BC’s Galiano Island, T. Nile spent a good part of her childhood and teens touring throughout North America and Australia with her father, a multi-instrumentalist sidewalk entertainer. The lifestyle took root and, since her first LP “At My Table”, her musical offerings have captured the hearts of audiences across the globe.

Running on two LPs, three EPs, and a handful of single releases, Nile has won “Best New/Emerging Artist” at the Canadian Folk Music Awards and played major events like the Edmonton and Winnipeg Folk Festivals.

In April of 2019 T. Nile will release her fourth album “Beachfires” and spend much of the year touring in support of the record in Europe, and Canada. The first release “Note to Self” is streaming worldwide, “Sweet Talker” is the first single to radio.

We would like to thank Eric Alper for the coverage.