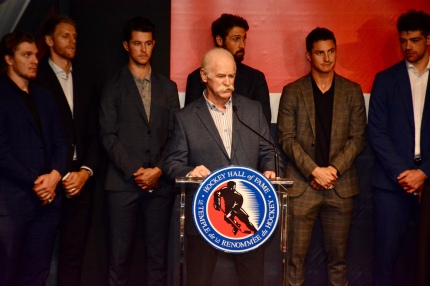 The championship ring, donated by the St. Louis Blues organization, is featured as part of a special collection celebrating the current and past Stanley Cup champions. The ring will be added as the most current ring donated, along with the oldest ring in the collection presented to the Montreal AAA in 1893.
“We are honored to donate this Stanley Cup championship ring to the Hockey Hall of Fame,” said Blues Chairman Tom Stillman. “We are pleased that, through this ring and other artifacts, the amazing story of the Blues’ 2019 Cup victory will live on in the Hockey Hall of Fame.”

The ring crafted in 14-karat white and yellow gold, celebrates the Blues journey and pays homage to the team, their fans and their city. Signifying the number of postseason victories, 16 genuine, custom-cut blue sapphires are arranged on the ring top, forming the Blue Note logo. Also highlighted in yellow gold are the words, STANLEY CUP CHAMPIONS. Beneath the logo, the Stanley Cup is made up of 45 pavé-set diamonds, surrounding the Cup are 30 more diamonds. When combined the 75 diamonds represent the 75 goals scored by the Blues during the 2019 postseason. Completing the ring top’s stunning display are an addition 115 diamonds set to create a cascading waterfall effect. 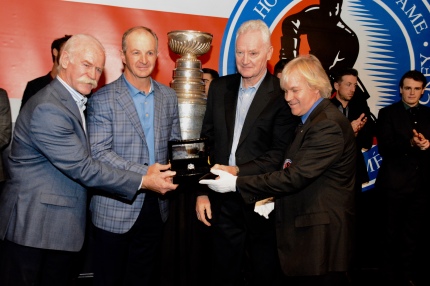 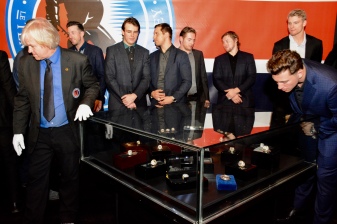 The left side of the ring pays tribute to the strong connection between players and fans with both featured celebrating with the Cup. The name of each player, along with their jersey number is set in diamonds. The right side details music notes flowing through the iconic St. Louis Arch.
Also engraved is the name LAILA, which is found along the interior of the palm. A season-long source of inspiration, Laila played a central role in the championship journey. The palm crest reads PLAY GLORIA in a nod to the legendary team rally cry. The Blues historic first Stanley Cup ring features a total of 282 diamonds, 20 princess-cut sapphires, 16 custom-cut blue sapphires and 15 round sapphires with a total of 10.6 carats.
“We are very grateful to the Blues organization,” said Phil Pritchard, Vice President, Resource Centre and Curator, Hockey Hall of Fame. “The 2019 Championship ring makes a great addition to the Stanley Cup Championship collection. Our guests, who visit us from not only St. Louis, but from around the world, will be thrilled to be able to view it.” 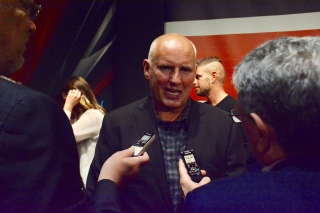 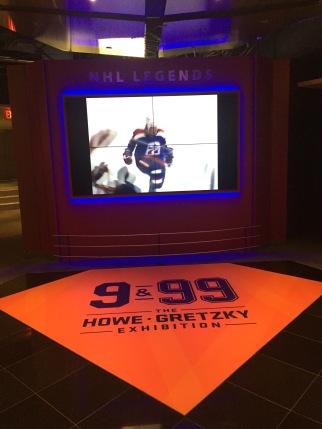 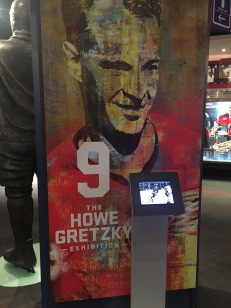 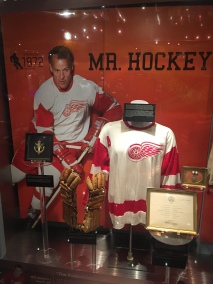 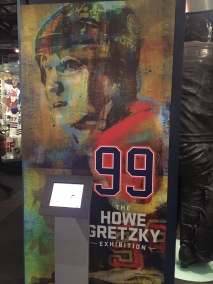 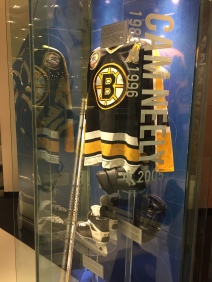 About the Hockey Hall of Fame
The Hockey Hall of Fame (“HHOF”) was established in 1943 to honour and memorialize individuals who have brought special distinction to the game of hockey and those who made outstanding contributions to the development and advancement of hockey anywhere in the world, and to collect, research, preserve, exhibit and promote objects, images and other historical materials connected with the game at all levels. As a not-for- profit corporation and registered charity, HHOF owns and operates a museum and place of entertainment offering state-of-the-art exhibits, multimedia presentations and educational programming from its premises at Brookfield Place, Toronto, Canada
We would like to thank Kelly Masse of The HHOF for the invitation to this event.