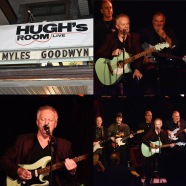 By Wayne Baggs
Oh, what a night. When a band warms up the tubes doing SRV’s Scuttle Buttin they have my attention, because you’ve got to have chops to pull that off. The guitar work of Warren Robert’s was just amazing as was the keyboard artistry of Ross Ballard. Combine that with the tight rhythm of J. R. Smith on drums and the always fabulous Bruce Dixon on bass and you have it in spades.

After that fabulous start, Myles Goodwyn comes on stage to take on Jeff Beck’s Going Down. Myles can’t be accused of taking the easy road. A great pedal to the metal rendition of that iconic blues rock song, as was Howlin’ Wolf’s Killing Floor. Ya baby!!!!!! Before the night was over Myles and crew played many great standards interwoven with some of Myles’ own fabulous blues material.

Myles explained to us how he isn’t a blues player but loves the blues. He is a great songwriter, the hardest of all music crafts, so he wanted to write some great blues songs and surround himself with great blues players. 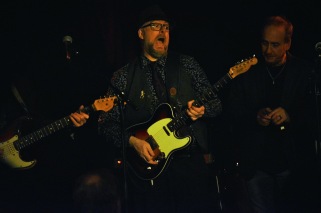 This set of music I saw at The Huge’s Room Live was a testament to that. The stories between songs were very relaxed, insightful, and humorous. One story leading into the first song with special guest, blues harpist Roly Platt had Myles wondered aloud if Roly was still there. Just old buds getting together for a little jam was how it felt. Myles has that east coast humor to be sure. 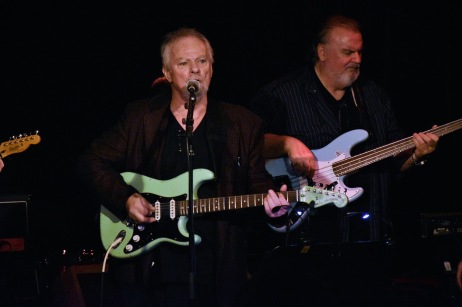 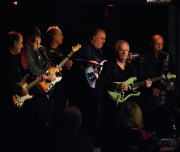 Multi-awarded blues guitarist Jack de Keyzer and saxophonist Richard Thornton also joined in the fun. This was a blues show, so what would you expect? Jack noticing that Myles guitar needed more volume, turned up his amp when he got up on stage. Thank you Jack, as Myles is a guitarist worthy of listening to, actually.

All you April Wine fans that aren’t blues fans (Why not?) you missed a good one. All you blues fans, no it didn’t sound like April Wine doing blues songs, you also missed a good one. Myles still sings a great tune. Glad I made it to this one. Highly recommend going to see Myles Goodwyn and Friends of the Blues when ever you can. April Wine you already know about, if you don’t know Myles’ two blues albums, you should. – https://mylesgoodwyn.com/about/myles-goodwyn-friends-of-the-blues/ – https://hughsroomlive.com/
We would like to thank Eric Alper for the invitation to this event.