Home » Book Reviews » The Go-Go’s KATHY VALENTINE – THE Music Bestseller of 2020: All I Ever Wanted: A Rock ‘n’ Roll Memoir 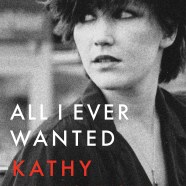 The Go-Go’s KATHY VALENTINE – THE Music Bestseller of 2020: All I Ever Wanted: A Rock ‘n’ Roll Memoir

Go-Go’s bassist Kathy Valentine’s story is a roller coaster of sex, drugs, and of course, music; it’s also a story of what it takes to find success and find yourself, even when it all comes crashing down.

Kathy is available for Canadian media – now and into 2021!
Amazon, Indigo and PDF copies available upon request

Kathy Valentine has been a working musician and songwriter for over 40 years, ever since she started her first band at age 16 in her hometown of Austin, Texas. At twenty-one, Kathy Valentine was at the Whisky in Los Angeles when she met a guitarist from a fledgling band called the Go-Go’s-and the band needed a bassist. The Go-Go’s became the first multi-platinum-selling, all-female band to play instruments themselves, write their own songs, and have a number one album.

Their debut, Beauty and the Beat, spent six weeks at the top of the Billboard 200and featured the hit songs “We Got the Beat” and “Our Lips Are Sealed.” The record’s success brought the pressures of a relentless workload and schedule culminating in a wild, hazy, substance-fueled tour that took the band from the club circuit to arenas, where fans, promoters, and crew were more than ready to keep the party going.

For Valentine, the band’s success was the fulfillment of a lifelong dream-but it’s only part of her story. All I Ever Wanted traces the path that took her from her childhood in Texas-where she all but raised herself-to the height of rock n’ roll stardom, devastation after the collapse of the band that had come to define her, and the quest to regain her sense of self after its end. Valentine also speaks candidly about the lasting effects of parental betrayal, abortion, rape, and her struggles with drugs and alcohol-and the music that saved her every step of the way. Populated with vivid portraits of Valentine’s interactions during the 1980s with musicians and actors from the Police and Rod Stewart to John Belushi and Rob Lowe, All I Ever Wanted is a deeply personal reflection on a life spent in music.

All I Ever Wanted traces the path that took her from her childhood in Texas—where she all but raised herself—to the height of rock n’ roll stardom, devastation after the collapse of the band that had come to define her, and the quest to regain her sense of self after its end.

Signing with the esteemed University of Texas Press, her memoir “All I Ever Wanted” was released in Spring, 2020. A soundtrack of original music accompanies the book. The last few years also featured Kathy’s acting debut in “The Transcendents” and several of her songs in the Broadway musical based on the Go-Go’s catalog ‘Head Over Heels,” currently in regional productions across the country. She put an academic degree plan on hold while finishing and promoting her book, and still finds time to play guitar with the Bluebonnets the all-female rocknroll band she started in Austin.

The Go-Go’s are releasing their documentary of the same name this coming winter, featuring interviews with Charlotte Caffey, Belinda Carlisle, Gina Schock, Kathy Valentine, and Jane Wiedlin. Part of the film focuses on the band’s efforts to write a new song, “Club Zero,” about female empowerment — and they dropped the video for the track Friday.

The Go-Go’s movie recently was honored at the 2020 Critics Choice Awards with the Best Music Documentary prize, and also won the Most Compelling Living Subjects in a Documentary award. Directed by Alison Ellwood, the documentary first premiered at the 2020 Sundance Film Festival before airing on Showtime during the summer, when the Covid-19 pandemic made a wide theatrical release out of the question. The Go-Go’s received a 2020 Critics Choice Award for Best Music Documentary, as well as for Most Compelling Living Subjects in a Documentary. It will be out on DVD, Blu-Ray, and digital platforms on February 5th, 2021.

With thanks to Eric Alper for the media release.