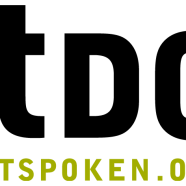 Hot Docs is pleased to announce that it has added three additional titles to its 2021 Festival lineup. Making its Canadian premiere in the Special Presentations program will be the Sundance Grand Jury Prize-winning film Summer of Soul (…Or, When The Revolution Could Not Be Televised), directed by popular musician Ahmir “Questlove” Thompson, about the legendary 1969 Harlem Cultural Festival that celebrated African American music. A special screening of the episodic documentary series from Apple TV+ Watch the Sound with Mark Ronson, about the evolution of music and audio production with revolutionary music producer Mark Ronson, will be included in the Deep Dive program; and The Sparks Brothers, directed by Edgar Wright, about the members of American cult pop rock band Sparks and their musical legacy, will make its international premiere in the Special Presentations program.

SUMMER OF SOUL (…OR, WHEN THE REVOLUTION COULD NOT BE TELEVISED)

In his acclaimed debut as a filmmaker, Ahmir “Questlove” Thompson presents a powerful and transporting documentary—part music film, part historical record—created around an epic event that celebrated Black history, culture and fashion.

WATCH THE SOUND WITH MARK RONSON

GRAMMY®-winning producer and artist Mark Ronson explores music’s intersection with artistry and technology. This docuseries dives deep into the tools and techniques that revolutionized music, like Auto-Tune, sampling, and reverb. Mark and a who’s who of hitmakers—including Paul McCartney, Dave Grohl, Questlove, King Princess, Adrock and Mike D from the Beastie Boys, and Charli XCX—revisit the moments of genius and happy accidents that shaped modern music as we know it. Watch all episodes exclusively on Apple TV+, premiering July 30.

Hot Docs, North America’s largest documentary festival, conference and market, is a not-for-profit organization dedicated to advancing and celebrating the art of documentary and to creating production opportunities for documentary filmmakers. Hot Docs will present its 28th annual edition online from April 29-May 9, 2021, during which a full roster of industry conference sessions, market programs and networking events will be held for Canadian and international delegates, including the renowned Hot Docs Forum, Hot Docs Deal Maker, Distribution Rendezvous and The Doc Shop. Year-round, Hot Docs supports the Canadian and international industry with professional development programs and a multi-million-dollar production fund portfolio, and fosters education through documentaries with its popular free program Docs For Schools. Hot Docs owns and programs the Hot Docs Ted Rogers Cinema, a century-old landmark located in Toronto’s Annex neighbourhood and the world’s first and largest documentary cinema, and operates Hot Docs at Home streaming platform.

We would like to thank Virginia Kelly of V Kelly & Associates for the press release.

← ROM to Feature Creative Works from Kids and Teens In a New Fall Exhibition Canadian Music Week is happy to announce Kim Mitchell will be inducted into the INDIES Hall of Fame at the 20th Annual Jim Beam INDIES Awards on May 21, 2021 →