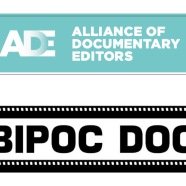 The Alliance of Documentary Editors today introduced a new initiative aimed at making documentary edit rooms more inclusive industry-wide. The cornerstone of this initiative is a public, national database of BIPOC (Black, Indigenous and People of Color) documentary editors.

New York,  NY – June 3, 2021 – The Alliance of Documentary Editors today introduced a new initiative aimed at making documentary edit rooms more inclusive industry-wide. The cornerstone of this initiative is a public, national database of BIPOC (Black, Indigenous and People of Color) documentary editors. It is a fully searchable, user-friendly website that will include everyone from the most highly experienced editors to rising assistant editors. Producers, creators and filmmakers will be able to easily search the database to find a larger circle of talent beyond their usual hires.

“As the doc community reckons with its lack of inclusion and equity, we want to make sure that the edit room is a key part of this conversation and that BIPOC editors have access to real opportunities,” states the Alliance. “The doc community is currently mostly *white, and this has led to an overwhelming system of white creatives mentoring and promoting other white creatives already in their circles. Without a fundamental and intentional effort to provide tangible long-term support to BIPOC talent, these systemic issues will remain. It will take all of us to make lasting change.”

LAUNCH: The database will officially launch at Full Frame Film Festival on June 3rd at 2pm EST with a celebratory public online event introducing the site and its guidelines. This launch  will feature legendary documentary editors as guest speakers including Sam Pollard, Jean Tsien, and Lillian Benson.

The initiative is part of the Alliance of Documentary Editors, a professional community organization that champions the role of the editor and assistant editor in the documentary process. The initiative was spearheaded by doc editors Carla Gutierrez and David Teague with an advisory committee of renowned doc editors including Jason Pollard, Miranda Yousef, Malika Zouhali-Worrall, Francisco Bello, Sabrina S. Gordon, Steven Golliday, Kim Roberts and Carlos Rojas. The initiative is supported by Alliance partners at the Sundance Institute, International Documentary Association (IDA) and the Karen Schmeer Film Editing Fellowship.

Along with building the database, the group has also begun engaging with streamers, distributors and production companies to promote concrete steps that will help make their edit rooms more equitable. The Alliance is also promoting a mid-tier editing position called the Associate Editor that would encourage mentorship and help rising editors gain experience and networks. There will also be seminars for producers and in-person mixers to support and connect BIPOC editors. The long-term goal is to widen the pool of BIPOC editors who are considered “veteran” and to ensure that the next generation of great editors is as diverse as it should be.

“What normally happens is when directors and producers are hiring people, they hire who they know. In this business the majority of filmmakers have been White, and they usually hire White editors, White assistant editors, White apprentice editors. I think this directory and website will be absolutely invaluable because it will give directors and producers the opportunity to see that there is a rich diversity of editors of color that they do not know about.”
-Sam Pollard

“If you really want your project to be inclusive, think about who you ask to be your editor because BIPOC editors bring a perspective that you don’t have. And please treat your BIPOC editors with the same dignity and respect as you would treat your big bucks editors”
– Jean Tsien

The website address is: www.bipocdoceditors.com – All qualified editors are encouraged to register.