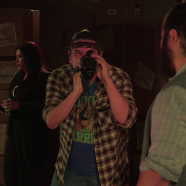 “Fringe Where You Are” with 65+ Shows in Four Festival Series

“Fringe Where You Are” with 65+ Shows in Four Festival Series

Fringe On-Demand is a series of 56 pre-recorded audio, video, and visual shows by artists from around the world that audiences can watch at any time from anywhere over the course of the festival. Fringe On-Demand includes festival favourites such as comedies, musicals, dance, drama, and more with themes including immigration, Queerness, mental health, and feminism.

Highlights from Fringe On-Demand include:

Broken Hearted Girl
Company/Creator: She’s So Vyle/Selena Vyle
Drag queen Selena Vyle recounts the relationships that have shaped and shifted her self-perspective and mental health, through a visual album of original music.

A double-bill immersive 360˚ film experience, presented in both English and Farsi, by  Mohammad Yaghoubi known for their sold-out run of Winter of ’88 at the 2020 Next Stage Theatre Festival.

The Incredible Adventures of That Nice Canajun Gurl
Company/Creator: Taborah Johnson
Collected fragments of a life well-lived through stories and song performed by Taborah Johnson, known for her roles in The Sentinel, The Big Comfy Couch, and more.

Orange Chicken: A Sketch Show
Company/Creator: Sumeeta Farrukh, Shreya Jha, Wilfred Moeschter, Nam Nguyen, Nightingale Nguyen,Gabby Noga
A part-live action, part-animated sketch comedy show created by a pan-Asian collective of theatre and musical artists who don’t know how to not name a show after food.
KidsFest On-Demand is a series of pre-recorded shows with content that has been carefully created for children and their grown-ups! Each KidsFest On-Demand show is accompanied by free activities for various ages in the Digital KidsFest Club.

As audiences cannot gather in person for post-show hangouts this summer, Toronto Fringe has created the POSTSCRIPT Live(stream) virtual patio for FREE live streamed fun and community building. All are invited to drop in to the virtual Fringe patio each night from 9-11pmET, hosted in the video-calling space gather.town. POSTSCRIPT Live(stream) events will include Opening and Closing Night parties, Fringe Artist Cabaret, Comedy Night at Unknown Comedy Club, and more!

Fringe On-Demand
Purchase a $5 Membership to access the On-Demand programming,
then Pay What You Can for each show. Suggested price of $13 per show.

KidsFest On-Demand
Purchase a $5 Membership to access the On-Demand programming,
then Pay What You Can for each show. Suggested price of $13 per show.
Digital KidsFest Club activities are FREE

facebook.com/torontofringe / instagram.com/toronto_fringe / twitter.com/Toronto_Fringe
We would like to thank Damien Nelson- Want and Able Arts Consulting, for the press release.