Home » Events » If you or anyone you know has an interest in body image issues, body dysmorphic disorder, or eating disorders, please don’t miss this program!

If you or anyone you know has an interest in body image issues, body dysmorphic disorder, or eating disorders, please don’t miss this program!

If you or anyone you know has an interest in body image issues, body dysmorphic disorder, or eating disorders, please don’t miss this program! 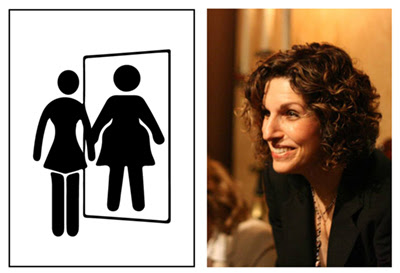 Please join The Friends of the Semel Institute for Neuroscience and Human Behavior at UCLA and the Resnick Neuropsychiatric Hospital Board of Advisors for an important one-woman play, Does This Show Make Me Look Fat?, co-written by Laura Coyle and Cathy Ladman and performed by Ms. Ladman, one of the country’s top award-winning comediennes and stand-up comics. It is the story of her lifelong struggle to be perfect in every way, including attaining what she thinks is the perfect body.  Faced with the possibility of hospital admission to prevent her from starving herself to death, she begins on a path to learn that “perfect” is not the thing she really wants. The Los Angeles Times described Does This Show Make Me Look Fat? as a self-probing, anxiety-venting vehicle, which draws laughter from exposing personal neurosis. She recently did a TEDMED talk which excerpted this show.

Danielle Keenan-Miller, Ph.D., Adjunct Associate Professor of Psychology at UCLA and the Director of the UCLA Psychology Clinical, will join Cathy Ladman in discussion following her performance.  Dr. Keenan-Miller is a psychological scientist, teacher, therapist and co-author of The Binge Eating Prevention Workbook.  She also trains graduate students in evidence-based psychotherapy.

Cathy Ladman, a native New Yorker, now lives in Los Angeles. Her film credits include “Charlie Wilson’s War,” “The Aristocrats,” “White Oleander,” “What Planet Are You From?” “My Fellow Americans,” and “Don’t Tell Mom the Babysitter’s Dead.” She has appeared on “The Tonight Show”, “The Late Late Show with Craig Ferguson”, and in her own HBO One Night Stand comedy special. Her guest-starring TV roles include “Modern Family,” “Curb Your Enthusiasm,” “How to Get Away with Murder,” “Scandal,” “NCIS: LA,” “Mad Men,” “Pretty Little Liars,” “Brothers and Sisters,” and “Everybody Loves Raymond.” She appears regularly on ABC’s “Politically Incorrect” and Comedy Central’s “Dr. Katz: Professional Therapist,” and has written for shows such as  “Caroline in the City” and “Roseanne,” and also wrote an episode of “King of Queens.” Cathy completed a successful run Off-Broadway in, “The JAP Show: The Princesses of Comedy,” and was in the 25th Anniversary Production of “Last Summer at Bluefish Cove” in Los Angeles, which was nominated for several GLAAD awards.  She and HBO developed her solo show, “Scaredypants,” and took it to the Aspen Comedy Festival. Thursday, September 235:00 PM – 6:00 PM PT
Registration is required for this free live private Zoom event. Once you register using the button below, you will receive a confirmation email with a link to complete your zoom registration.

To watch videos of our past Open Mind programs, please visit www.friendsofnpi.org/open-mind-videos or