Young Voices Toronto is proud to announce that their new children’s choir album Conversations will be released on October 15, 2021. Performed by the Encore ensemble of Young Voices Toronto, choristers aged 12-18 explore themes that have arisen as a result of COVID-19 pandemic response across eight carefully chosen tracks. Conversations was created with artistic guidance and collaboration from Ontario’s first ever poet laureate Randell Adjei, composer Jim Papoulis, and accompanist and composer-in-residence Sheldon Rose.Conversations is a curated collection of choral works recorded by each of the 21 choristers in their own DIY “home studio” together with piano and select virtual orchestral instrument accompaniment. The concept, content, and creation of this album therefore is a kind of meta-mirror of these times, highlighting themes of isolation, perseverance, loss, hope and the importance of community. The finale track on Conversations, “I Cannot Be Silent”, workshopped and co-created with composer Jim Papoulis, beautifully imparts the timely message of Young Voices Toronto choristers, “I cannot be silent while the world is in need”. “We realized that our choristers longed for connection. They needed to share their feelings, stories, laughter and of course make music together, even if it was on Zoom.” said Maria Conkey, Artistic Director of Young Voices Toronto. “This thematic collection of choral works and dialogue is a reflection of their journey, both individually and as an ensemble. It explores all they needed to express, to share, and then finally looks to the promise of the future.” Founded in 1986 by Ann Cooper Gay, Young Voices Toronto began as High Park Girls’ Choir. The High Park Choirs of Toronto became co-ed in the early 1990s, and continued its activities in music education, performance and touring. In 2004, Zimfira Poloz became the Artistic Director and the programme expanded to include international tours, feature performances in major venues, workshops, community performances and local competitions. In 2011, High Park Choirs became Young Voices Toronto (YVT) to reflect its growing stature in the international choral community. Artistic Director Maria Conkey joined YVT in September 2017 and continues the exceptional musical legacy created by her predecessors.Conversationsby Young Voices TorontoRelease Date: October 15, 2021Available through CD Baby and its Digital Distribution Partners,including Apple Music, Spotify, iTunes, Deezer, and Amazon 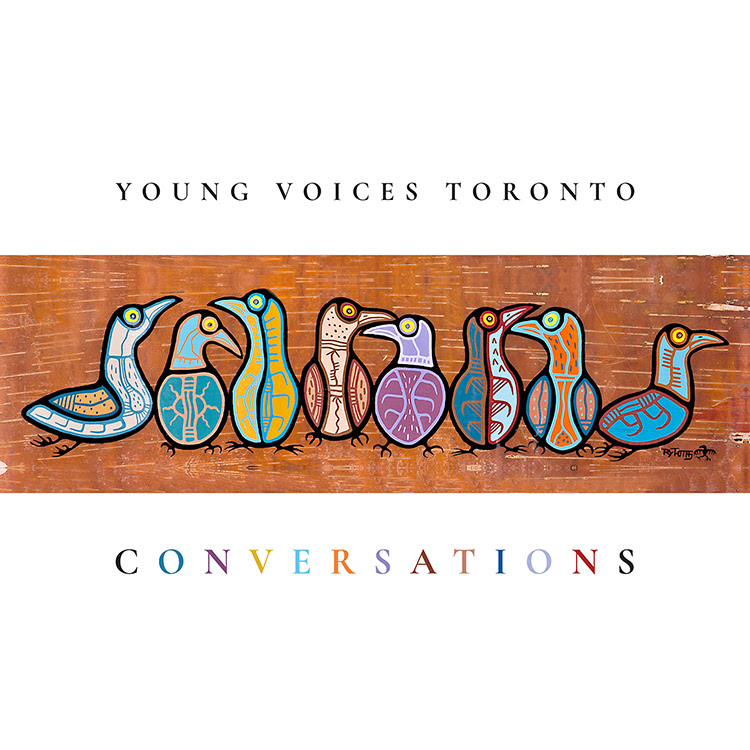 We would like to thank Damien Nelson-Want&Able Arts Consulting for the press release.