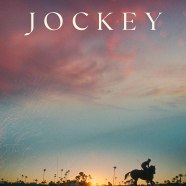 Aging jockey Jackson Silva (Clifton Collins Jr.) is forced to come to terms with the limitations of his body’s deterioration from years of working through injuries, struggling to train for the final championship of his career. Longtime trainer and sometime friend Ruth (Molly Parker) lends a sympathetic ear and a sought-after horse to increase his chances of that last victory lap.

As Jackson reconnects with fellow jockeys who have all made similar sacrifices — physically and emotionally — to become elite athletes in their insular sport, a rookie rider arrives claiming to be his son. We look inside the world of the jockey, and how the wear and tear of the sport can take a mental and physical toll.

The racing scenes were true to form leading to a showdown between a father and his protege son, in an ending that needs to be seen.