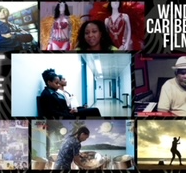 Following on the heels of a successful film festival, the organizers of the Windrush Caribbean Film Festival are proud to announce the streaming of the ‘Best of the Fest’.

As part of Black History Month, organizers will showcase the best of the 2021 festival for FREE.  From 1st October, film lovers will be able to log on to stream the award-winning films as well as selected workshops and artist talkbacks from this year’s film festival.

” We are proud that the selected films now form part of our best of the festival season during Black History Month,” says: Garry Stewart, Co-founder of WCFF.  “To be able to celebrate and acknowledge Black excellence on films during this special period makes it even more poignant“

‘Best of the Fest’ will showcase some of the most popular films as chosen and awarded by festival goers and organizers including the Best Festival Film – ‘Notting Hill Carnival, Who Started it‘? directed by Wyn Baptiste, Best Feature Film – STASH directed by HKB FiNN and the film whose Director, David Bianchi, won Best Director – Wade in the Water.

Alongside the streaming of these exciting films, visitors will be given access to some of the most popular Windrush Arts & Culture workshops, and ‘Behind the Lens’ discussions which also took place during the festival, including the popular Tilbury We Reach!

WCFF is presented by accomplished filmmaker Frances-Anne Solomon’s Caribbean Tales Media Group, and is led by a core team including Solomon,  Garry Stewart (Recognize Black Heritage and Culture),  Joy Coker of Alt-Africa Magazine as Lead Programmer, and Patricia Hamzahee of Integriti Capital, with funding from the BFI using funds from the National Lottery and contributions from the BFI itself, towards delivery, marketing and access to the festival, Arts Council England to deliver the workshops and sponsorship from Unison Scotland alongside a raft of community supporters from across the UK.

BEST OF THE FEST:

(Playlist containing – A film, a workshop and a Behind the Lens)
We would like to thank Sasha Stoltz Publicity & Management for the press release.