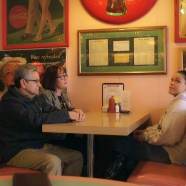 “It is one of the year’s best.”
– Matt Fagerholm, RogerEbert.com

“A breathless evocation for an entire class of Americans lost in the periphery…A titanic work.”
– Joshua Brunsting, CriterionCast 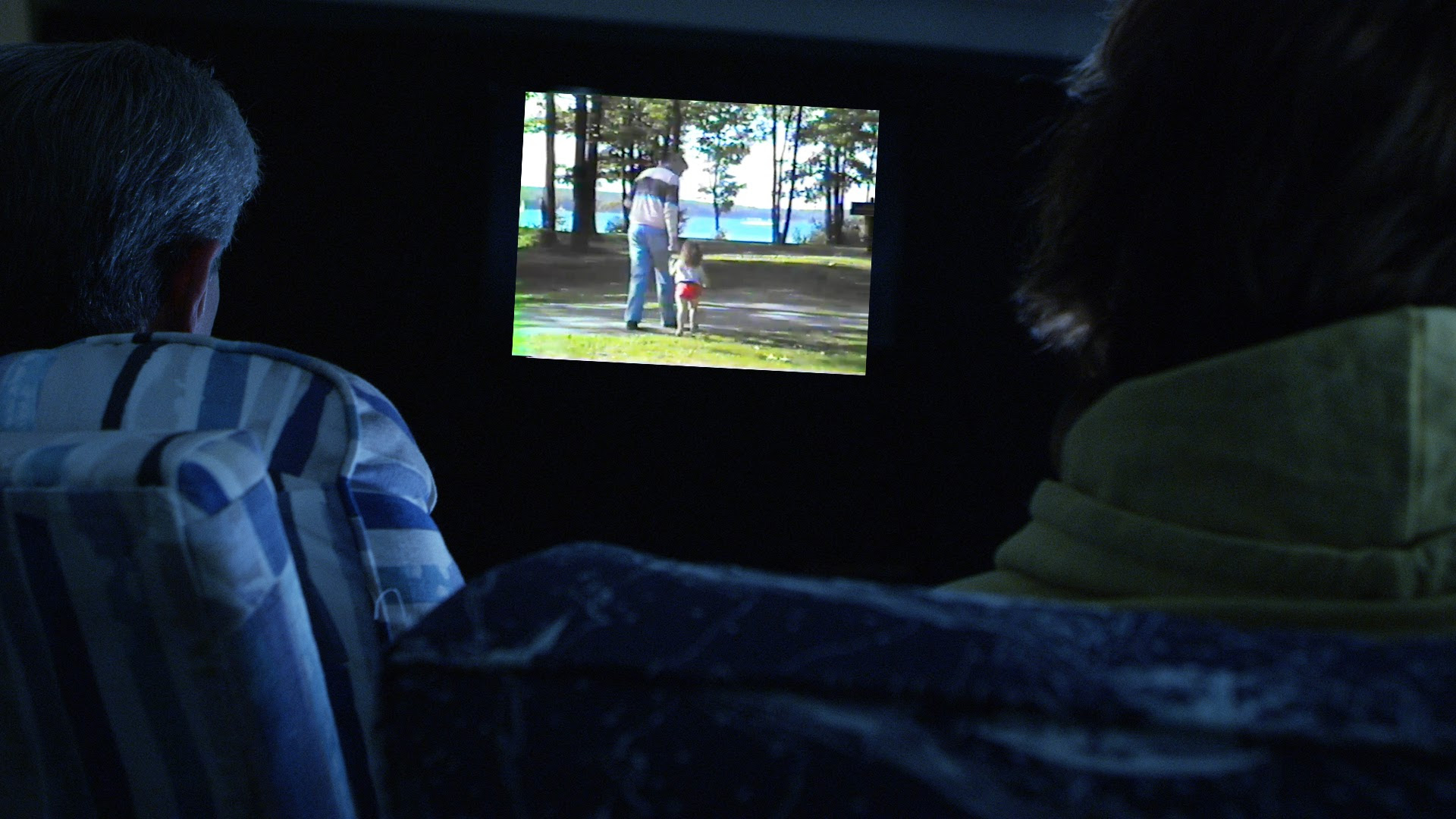 New York, N.Y. – American Documentary | POV is pleased to announce the national broadcast premiere of North by Current, the feature documentary from acclaimed visual artist Angelo Madsen Minax. North by Current will show as part of POV’s 34th season, broadcasting on Monday, November 1st at 10 p.m. ET on PBS (check local listings) and streaming online at pov.org. The film will be available to stream until December 31st, 2021.

North by Current arrives on POV after a decorated festival run with screenings at the Berlin International Film Festival, the Tribeca Film Festival and AFI Docs in addition to receiving the Grand Jury Award at the Camden International Film Festival and an Honorable Mention for the Jury Award at Outfest. The documentary begins as Minax returns to his Michigan hometown after the inconclusive death of his niece and the wrongful persecution of his sister and brother-in-law, dwelling upon the experiences of grief and the enigmatic emotions of homecomings.

An autobiographical film, North by Current traces the contours of the filmmaker’s life as a trans man against the backdrop of his childhood and his parents’ childhoods in Michigan. Struggling to understand his role in the family, Minax weaves a restlessly creative testament to kinship and the physical and- spiritual questions that arise in the wake of unimaginable loss.

In his own words, a “cruel sibling” as a younger child, Minax reflects upon his behavior and the distance that has grown between himself and his family as he contemplates a series of  journeys through motherhood and loss. Blending the line between fiction and nonfiction, the film movingly recreates scenes and images from his family’s past while he seeks to process  and move on from his parents’ statement that they “lost” someone when Minax transitioned. Such ambiguities refuse moralizing or the reduction of any of the complexities of Madsen and his family; his vision is deeply human and bracingly honest when dealing with the difficulties borne out of addiction and loss.

As Madsen mines his own personal history, juxtaposing present-day footage with VHS home movies from his childhood, the film begins to resemble a conversation between Madsen’s own voice and a more lyrical voice who stands in for his niece and his childhood self. The interplay between the two voices continues throughout the film, from its beginning in the middle of the Michigan winter to its summertime end. The dialogue between voices mirrors the collaborative nature of the film and the participation of Minax’s family as they work towards mending the at-times fractured relationships among themselves while making their love for each other tangible.

“One of my goals with this film is to demonstrate through form, the ways in which life is utterly unrelenting. I want people to be able to sit in that difficulty, where things are raw and maybe hard to watch, but also so universal – everyone comes from somewhere, and has their own sets of struggles,” said director Angelo Madsen Minax. “I’m honored that POV is committed to showing this work for what it is – more challenging than comfortable. Audiences deserve to have their ideas about the world challenged and that offering is a privilege.”

“As a trans filmmaker, I’m invested in producing complex, multilayered stories. My films cross genres, yet at their core they are stories of transformation and resilience” said producer Felix Endara. “North by Current is emblematic of uncompromising, risk-taking storytelling. After watching the film, I hope audiences come away with a sense that North by Current  – as the title suggests –  is not a destination but rather a pathway, and a tool for connection. I commend POV for supporting a trans-themed project made by trans filmmakers, and I invite more industry stakeholders to follow its example.”

“We were immediately taken by North by Current,” said executive producer of POV | American Documentary, Chris White. “Madsen is one of the most innovative filmmakers of our time, and his latest film is an excellent addition to an already impressive body of work. A bold and singular film, North by Current pushes the boundaries of nonfiction filmmaking towards exciting new terrain. We can’t wait to share it with the American public.”

With profound feeling and artistry, North by Current exemplifies in the story of one family such universal themes as love, grief, addiction and belonging. Without offering any trite or easy answers, Minax delves deep into his own pain and that of his family’s, offering an emotional analogy to the Michigan seasonal wilderness that marks its own presence throughout the cyclical journey from winter to summer, from brokenness to some kind of repair.

Angelo Madsen Minax works in film and video, sound and music, text, and media installation. His projects explore queer and trans intimacies, chosen and biological kinships, cosmic, natural, and technological phenomena, and often draw on autoethnography. Madsen’s works have shown at the Museum of Contemporary Art Chicago, the Leslie Lohman Museum, Tom of Finland Institute, Anthology Film Archives, the British Film Institute, KurzFilm Hamburg, Berlinale, Tribeca Film Festival, the European Media Art Festival, Ann Arbor Film Festival, Berwick Media Arts Festival, Alchemy Festival of Moving Image, and dozens of LGBT film festivals around the world. He has participated in residencies at the Skowhegan School of Painting and Sculpture, the Core Program at the Museum of Fine Arts, Houston, Bemis Center for Contemporary Art, and others. Madsen is currently an Associate Professor of Time-Based Media at the University of Vermont and a Queer|Art Mentor.

Felix Endara – Producer
Ecuadorian filmmaker Felix Endara produces innovative, thought-provoking media that has screened at prestigious film festivals such as Berlinale, DOC NYC, and Mill Valley. Topics he has covered have ranged from the preservation of LGBT historical spaces to portrayals of activists who challenge prejudice and violence. Felix has produced acclaimed trans-themed films such as Wildness (2012) and North by Current (2021). He has worked in philanthropy and arts administration supporting multidisciplinary activist artists at such institutions as the Robert Rauschenberg Foundation, Tribeca Film Institute, and Open Society Foundations. He serves as Board Co-Chair for Working Films.

About POV
Produced by American Documentary, POV is the longest-running independent documentary showcase on American television. Since 1988, POV has presented films on PBS that capture the full spectrum of the human experience, with a long commitment to centering women and people of color in front of, and behind, the camera. The series is known for introducing generations of viewers to groundbreaking works like Tongues Untied, American Promise and Minding The Gap and innovative filmmakers including Jonathan Demme, Laura Poitras and Nanfu Wang. In 2018, POV Shorts launched as one of the first PBS series dedicated to bold and timely short-form documentaries. All POV programs are broadcast nationally on PBS, POV.org and the PBS Video app.

POV goes “beyond the broadcast” to bring powerful nonfiction storytelling to viewers wherever they are. Free educational resources accompany every film and a community network of thousands of partners nationwide work with POV to spark dialogue around today’s most pressing issues. POV continues to explore the future of documentary through innovative productions with partners such as The New York Times and The National Film Board of Canada and on platforms including Snapchat and Instagram.

About American Documentary, Inc.
American Documentary, Inc. (AmDoc) is a multimedia company dedicated to creating, identifying and presenting contemporary stories that express opinions and perspectives rarely featured in mainstream media outlets. AmDoc is a catalyst for public culture, developing collaborative strategic engagement activities around socially relevant content on television, online and in community settings. These activities are designed to trigger action, from dialogue and feedback to educational opportunities and community participation.


We would like to thank Adam J. Segal • The 2050 Group for the press release.

← Laszlo Jones Roams the Darker Side of Romance with Provocative “Out Of My Head” The Friends Open Mind Program, “Floating In The Deep End” →