Comedians Rachel Mason and MK Morris are pleased to present High On Hallmark (Or Comedians Getting High and Watching Hallmark Movies) this holiday season at Comedy Bar on November 10, and December 8, 2021. High On Hallmark, sponsored by Blunt and Cherry, is a hilarious comedy commentary show that sends up the made-for-TV holiday movies that everyone loves to hate.

High On Hallmark began as a live streamed web series where comedians Rachel Manson and MK Morris would invite their favourite Canadian comedians to join them on their couch, get high, and watch infamous Hallmark movies. After a popular run online, they are stoked that their little weird stoner obsession has become a sold out monthly live show at Comedy Bar.

MK Morris is a producer, writer, comedian, and AD with 10 years of experience in the TV/film industry. She has worked with Disney, Ubisoft, and her favourite job was assistant to the Baronesses for the final season of CBC’s Baroness Von Sketch Show. She has received numerous accolades at festivals for her writing and directing, and has been contracted to write multiple features and treatments for various production companies. MK has produced shows at The Second City, SoCap, Comedy Bar, and has collaborated with many local comedians including as a producer/script editor for the sketch comedy channel Wishful Genies. MK’s proudest moment is winning $1000 and a two-year option from a pitch competition that she only entered because of a tarot card reading.High on Hallmark
November 10 at 9:30pm
December 8 at 8pmComedy Bar, Cabaret Theatre – 945 Bloor Street West
Tickets start at $17 plus tax and are available at
https://comedybar.ca/events/1Facebook: facebook.com/highhallmark
Instagram: @highhallmark
We would like to thank Damien Nelson-Want & Able Arts Consulting for the artist profile and press release. 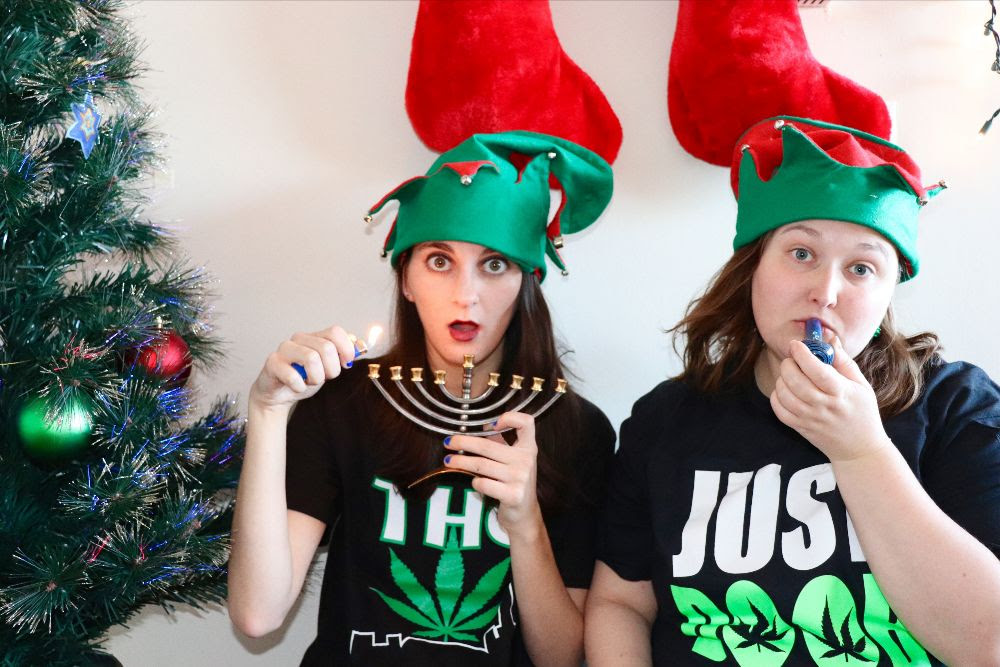 Rachel Mason and MK Morris of High on Hallmark.