Genna Giampaolo and Vince Deiulis of GD Productions are proud to present It’s A Wonderful Life: A Live Radio Play from December 10-18, 2021 at Villa Lucia Supper Club in Ottawa, in celebration of the 75th Anniversary of Frank Capra’s beloved film.

It’s Christmas Eve 1946 as the team from WBFR Radio Station bring Frank Capra’s celebrated holiday film “It’s A Wonderful Life” to being before a live studio audience. With the help of an ensemble that brings these memorable characters to the stage, the story of idealistic George Bailey unfolds as he considers ending his life one fateful Christmas Eve. It’s A Wonderful Life: A Live Radio Play, adapted by Joe Landry, will star Hunter Agnew, Darren Burkett, Allison Beula, Stan MacDonald, Vince Deiulis, and Genna Giampaolo, with music and sound from Nicolas Code.

“In 2018 while performing as George and Mary Bailey, I met Genna – and we got married last year,” said Vince Deiulis. “This show is very near and dear to both of our hearts and we can’t wait to share the magic in Genna’s hometown of Ottawa.”

Ottawa native Genna Giampaolo is a singer, actor, sancer, composer and lyricist. Though a performer first, she also works as a Musical Director, Producer, Director of Children’s Musicals and Performing Arts Instructor. Select theatre credits include: Belle in Disney’s Beauty and the Beast, Mary Hatch in It’s a Wonderful Life: A Radio Play, Rose Lennox in The Secret Garden: in Concert and Janet in The Rocky Horror Show. Selected Film/TV credits include: Murdoch Mysteries (CBC), and Thank you for Bombing (Lotus Films).

Vince is a producer, performer, and playwright. He recently published an article in the Canadian Theatre Review detailing his experience co-creating the intercultural, World War One drama Gods Like Us which will be performed as a staged reading in February 2022. Select performance credits: Life Assignment (Theatre Nidãna), Taking Liberties (Port Hope Arts Festival), Blue Remembered Hills (Good Old Neon), It’s A Wonderful Life: A Live Radio Play (Lower Ossington Theatre), Out in the Open and Alexander and the Terrible, Horrible, No Good, Very Bad Day (TBD Theatre).

Throughout the It’s A Wonderful Life: A Live Radio Play performances dates, donations for the Ottawa Network for Education will be collected, as many in the cast and creative team are educators and mentors. Ottawa Network for Education partners with all four school boards and works side-by-side with teachers to meet the complex needs of children and youth in both English and French. onfe-rope.ca
GD Productions presents
“It’s A Wonderful Life: A Live Radio Play”
The Villa Lucia Supper Club
3430 Carling Avenue in Ottawa, Ontario 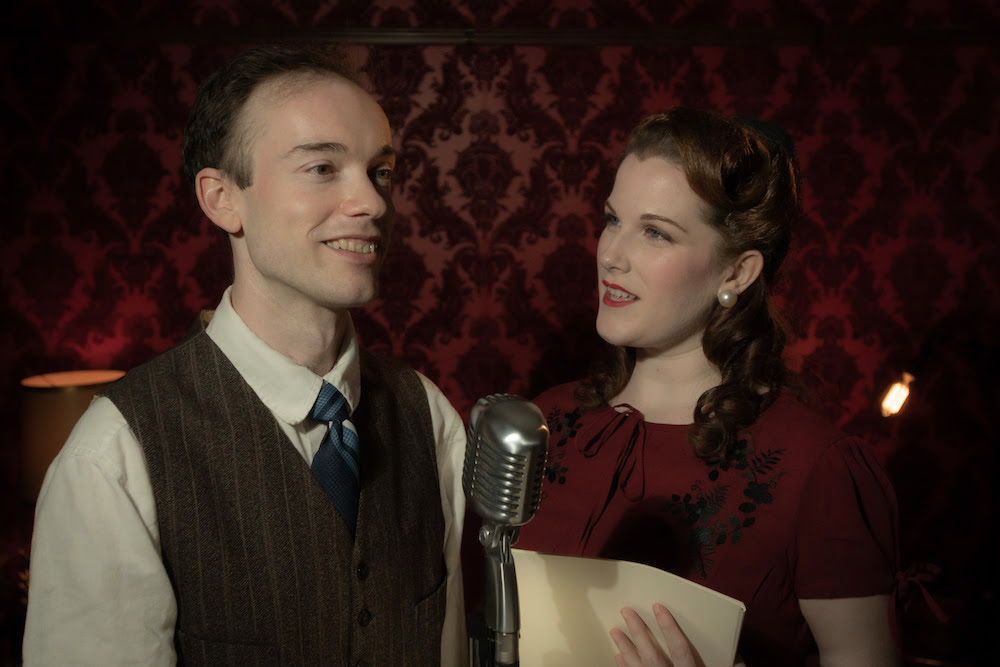