Home » Arts » Melanie Durant Releases Video For “One In A Million” 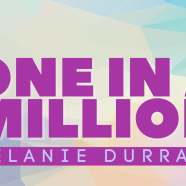 Melanie Durant Releases Video For “One In A Million”

Fresh off her hit single “Bait & Switch” Award-winning, Canadian R&B singer Melanie Durrant releases the brand-new video for her single “One In A Million”. The singer enlisted her long-time collaborator Byram ‘Beatchild’ Joseph to direct the video. The two had previously worked together when they co-directed the video for Durrant’s 2014 Juno-nominated single “Gone”. Produced by MoJointz & Ced Solo, the song is reminiscent of a vintage hip-hop throwback blended with smooth boom-bap drum patterns, an infectious horn riff, and topped with DJ cuts courtesy of DJ Grouch.

“One In A Million” can be found on Durrant’s recently released album Where I’m At. The album peaked at #9 on the Canadian iTunes R&B Chart, earned the #1 spot on Ryerson radio in Toronto, and has gained positive attention from various platforms and tastemakers across the media landscape

Listen to “One In A Million”

We would like to thank Sasha Stoltz Publicity for the press release.