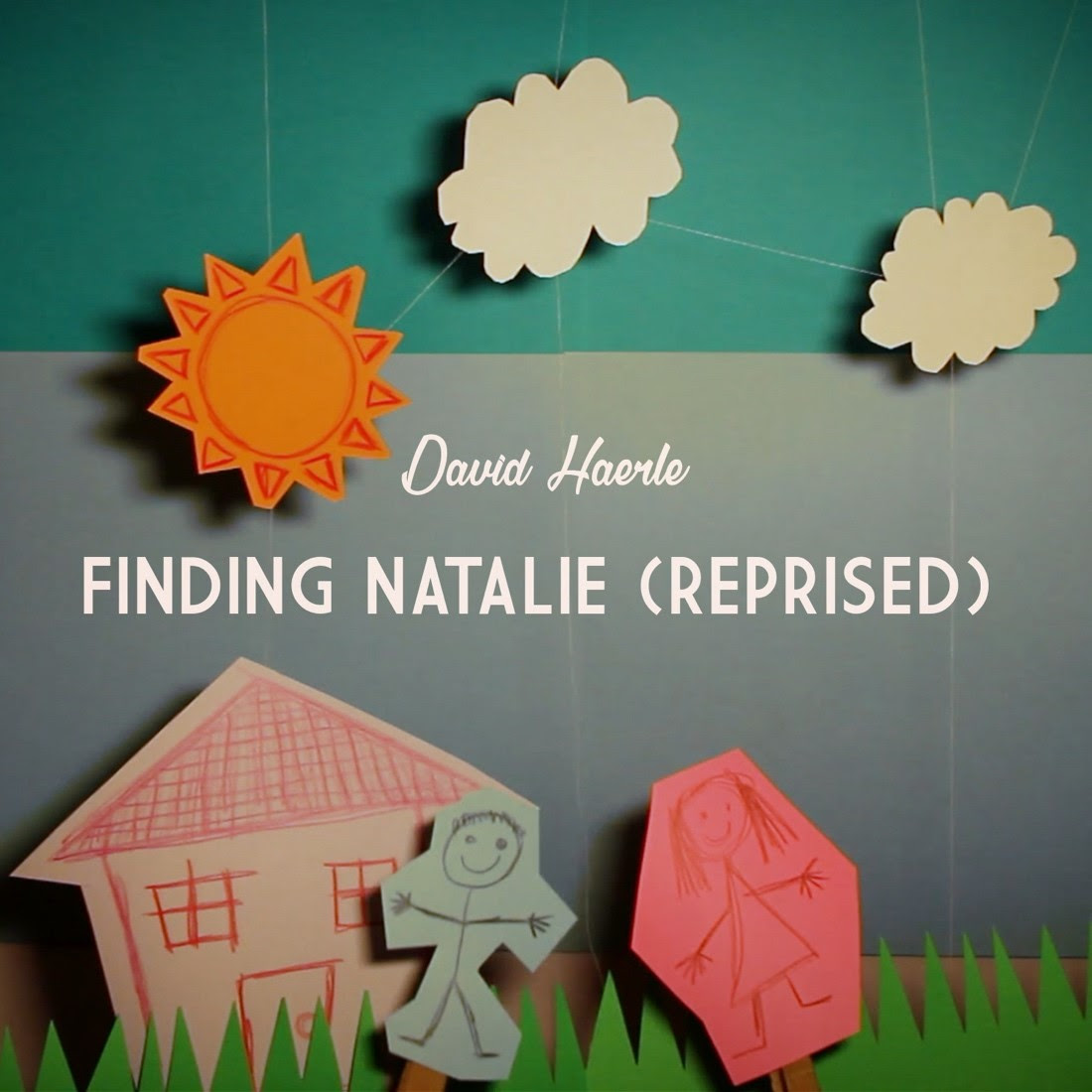 Cover art for “Finding Natalie (Reprised)” | Download hi-res hereFor his latest single Los Angeles singer-songwriter-guitarist DAVID HAERLE is revisiting and reworking a popular song off his debut album. “Finding Natalie (Reprised)” is out today, December 3. Stream/buy “Finding Natalie (Reprised)” on all digital platforms and watch the official music video now on YouTube. When asked about this song, DAVID shares, “While making my very first album, I attended an alumni reunion for The Pilgrim School in Los Angeles where I was a student from kindergarten through third grade. At the reception, I flipped through a stack of old yearbooks looking for Natalie. My first love. “Sure enough, there was Natalie smiling in all the old photos. I started imagining what it would be like to find her again to tell her after all these years what she meant to me. I was too young and too afraid of my feelings back then to say anything. She didn’t come to the reunion, but the phrase ‘Finding Natalie’ stuck with me. I paired it with a melody and chord progression I’d been working on which seemed to evoke what I was feeling. “The original recording has a joyful feeling to the music. Slowing down the tempo and lowering the key has made the song more intimate. To borrow words used by filmmaker Michael Pottle, who directed the music video for ‘Finding Natalie (Reprised),’ I think it conveys both the sweetness and the sadness of the tale. I hope ‘Finding Natalie (Reprised)’ encourages others to be bold and not hesitate about telling the people they love how much they mean to them. Our most intense early life emotional experiences don’t always turn out like we hoped, but they can provide us inspiration, and hand us powerful lessons, that stay with us forever.” The song has been paired with a unique and endearing video from filmmaker Michael Pottle. “What first struck me the most about David’s song was simply the strong emotional reaction it gave me,” Michael explains. “Beyond the very relatable lyrics of youth and first loves, the song sonically hits that tenderness and melancholy I feel when thinking back on childhood. My main priority with creating our video was to complement and emphasize that emotional response. I think there’s a beauty in the crudeness and simplicity of arts and crafts made by children. Growing up is such a messy time because you’re learning about everything all at once, good and bad. It’s all emotions wrapped up in one whirlwind. I think David’s song tonally finds that balance of sweetness and sadness, and that’s what I strived to capture with the video. Finding little moments of silliness and humor with a singing sock puppet and being able to contrast that with that same puppet looking out forlorn at a world passing him by really became what the video was about for me. Finding a balance between several emotions, not pushing too far in any one direction, is always what feels the most genuine and exciting to me about storytelling. Memories to me are never simply one emotion that can be easily described, there are never enough words to articulate certain feelings. Trying to give a dimensional heart to a sock puppet is the challenge I ultimately ended up giving myself and hopefully we achieved that. “Improvisation and spontaneity were both important for me to try and keep the handmade classroom feel. Getting hit with an idea and immediately following through with whatever materials were readily available was exciting and kept things feeling fresh. Backlighting pinholes on a poster board to make a map of stars, hand sewing random extra buttons I had lying around onto an old sock to make a puppet, using cardboard from package deliveries I had meant to throw away weeks ago, lots of scotch tape and construction paper… I never wanted any of the elements to feel beyond a class project. It felt silly in the moment, lying on my office floor and playing with a sock puppet and construction paper cut outs, but once I put everything to David’s song it all fell into place for me and hit that emotional spot I was striving for.” DAVID’s 2020 album Death Valley garnered praise from several acclaimed music publications including American Songwriter, Billboard, Goldmine, Glide Magazine, Elmore Magazine and Americana Highways, among others. Following that release came a series of heartfelt and personal tracks: “California Here We Come,” “Eddie,” “No More We,” “Train Down Memory Lane” and “True Liberty”. His debut album Garden of Edendale was released Summer 2018. 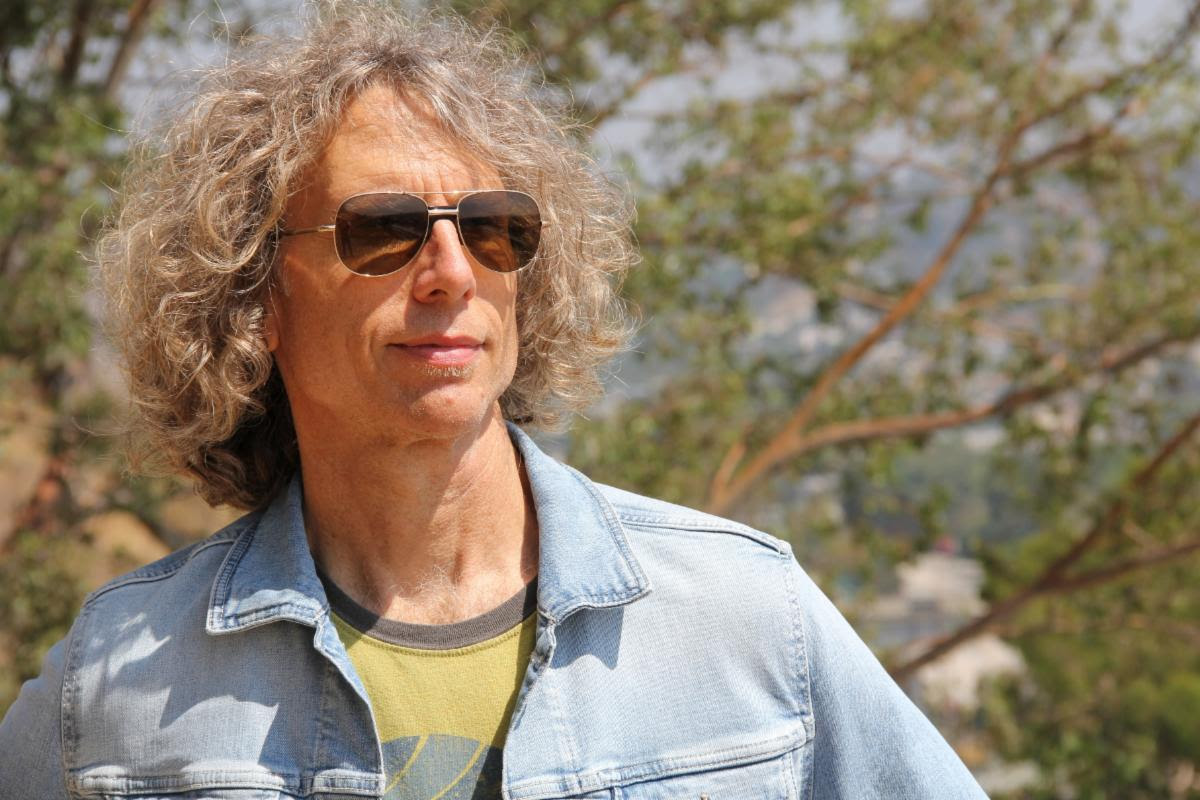