The Next Stage Theatre Festival will begin with four Digital Series presentations. Stories of a Dish, and The Sunglasses Monologue, will be available on-demand starting January 19, with live digital presentations of The Complex opening January 19, and Saving Wonderland opening January 20. The Next Stage Theatre Festival will then continue with digital drops of Bremen Town, Heart of a Dog, She’s Not Special, Stand Up Comedy, Tango In The Dark, and Ursa: A Folk Musical featuring live-to-tape performances for on-demand viewing. These shows, except for Tango In The Dark, will be recorded live at Ada Slaight Hall at Daniels Spectrum and made available to audiences for online viewing as early as January 24.

Tickets are on sale now for the four original Next Stage digital shows, with on-sale dates for remaining shows to be announced. All in-person ticket-holders will be contacted to confirm their tickets are converted to allow them access to the digital screenings.

The 2022 Next Stage Theatre Festival will present exciting and expansive digital offerings, including dance, musical theatre, gaming, stand-up comedy, traditional theatre and more. Next Stage welcomes a curious audience who are ready for fun, satirical and challenging shows with themes around identity, aging and desire.

Executive Director Lucy Eveleigh says “We feel fortunate that we had a plan B when we were preparing for Next Stage, knowing that if something like this happened, we would have a digital series already in place, and that hopefully we would have space to offer recordings of the live pieces. The artists have stepped into this realm with a wonderful enthusiasm, and we are so grateful that we still get to share the work of all these incredible companies and present our original slate of ten productions”

The 2022 Next Stage Theatre Festival Line-Up:
In Alphabetical Order

Bremen Town
Written by Gregory Prest
From the Bremen Town Collective
On-Demand Digital Series
After forty-five years of hard work and dedication, Frau Esel, the longest serving housekeeper of Völksenhaus, has been fired and sent out to pasture. Bremen Town is a rural folk tragicomedy about what happens when we out live our use, starring award-winning actors Nancy Palk, Oliver Dennis, William Webster, and Deborah Grover.

The Complex
Created by Chantal Forde, Jessie Fraser, Mandy Roveda
From It’s Not a Pivot Productions
Live Digital Series starting January 19
Set in a post-apocalyptic, dystopian world, The Architects have devised a procedure to overcome the imperiling disintegration of society: you, a cross-section of survivors must collaborate in the selection of a worthy new leader. The Complex is an interactive digital theatre experience that invites audiences to share virtual space and directly impact the fate of the new world.

Heart of a Dog
Written by Mohammad Yaghoubi
From Nowadays Theatre Company
On-Demand Digital Series
Heart of a Dog is a comical adaptation by Iranian playwright Mohammad Yaghoubi, based on a novel of the same name by the classic Russian writer Mikhail Bulgakov. In this English premiere, the main character (the dog) will be performed by a woman, which would not be possible in Iran, where a woman’s body is a political matter. Previous productions in Iran struggled with censorship, but now living in Canada far from the harassment of the censorship bureaus, Yaghoubi can pursue his creative vision and direct this piece any way he sees fit.

Saving Wonderland
Created by Attilio Rigotti, Kevin Hammonds, David Andrew Laws, Jacob Thompson, Sarah Reynolds, Caroline Prugh
From Gamiotics Studios
Live Digital Series starting January 20
What happened to Wonderland after Alice returned home? In this innovative, interactive adventure, audiences are plunged back down the rabbit hole where the familiar turns peculiar in a race to find missing gears, restore Wonderland, and save the day. With numerous endings, the live choices of each audience control the story to turn back the hands of time over and over again.

Stories of a Dish
Created by Himanshu Sitlani
From Nautanki Bazaar
On-Demand Digital Series starting January 19
A global pandemic may have struck, but here is a person who’s just stuck! He wants to win the world over with his cooking, but will he be able to? He’s got to face isolation, earn acceptance and, most importantly, get groceries delivered. Will he find the secret recipe to happiness? A culinary theatrical journey awaits, in this innovative solo show inspired by the popular Stories of a Dish video series on Instagram.

The Sunglasses Monologue
Created by Vivian Chong
On-Demand Digital Series starting January 19
The Sunglasses Monologue is a play about being seen and embracing life every step of the way. Through humour, original songs, storytelling, and refreshing perspectives, this intimate one-woman-show from Blind artist and writer Vivian Chong takes audiences through an emotional journey of finding bravery, vulnerability, and optimism in the face of uncertainty.

Tango in the Dark
Directed by Alexander Richardson
From PointeTango
On-Demand Digital Series starting January 22
Award-winning dance company PointeTango heats up the screen with Tango in the Dark, an original hour-long dance film created during the COVID-19 pandemic. Previously part of the Next Stage Theatre Series, PointeTango’s sultry duo will wow audiences with fantastic lifts, exciting spins and the passion of Argentine tango with a unique twist: tango on pointe! Using original music composed by the Payadora Tango Ensemble, as well as contemporary and traditional themes, senses will be delighted by an award-winning show that lights the way through the shadows and mysteries of Buenos Aires and tells a story of two dancers moving to the rhythms of the city night.

Ursa: A Folk Musical
Created by Jake Schindler and Sam Boer
From Ursa Productions
On-Demand Digital Series
What happens when a small-town Ontario teenager runs off into the forest in search of adventure? Why, she meets an anxious bear in the midst of an identity crisis, of course! Combining the joys of a folk concert with the timeless wisdom of a folktale, Ursa: A Folk Musical weaves a whimsical story of star-crossed friendship. This unforgettable exploration of the anxieties and euphorias of young adulthood is full of fresh and surprising folk tunes performed by a live band.

The Next Stage Theatre Festival is generously supported by Ontario’s Ministry of Heritage, Sport, Tourism, and Culture.

Toronto Fringe is a grassroots, charitable organization that runs the Toronto Fringe Festival each July, the Next Stage Theatre Festival each January, and various year-round programs that benefit youth, emerging artists, BIPOC artists, artists with disabilities, and the performing arts community at large. Embedded in Fringe’s operations are the values of Access, Accountability, Creativity, Exploration, and Support.
Next Stage Theatre Festival
Starting January 19, 2022
Tickets at $15 plus feesMore Information available at
https://fringetoronto.com/next-stage/tickets-passes
communications@fringetoronto.com
We would like to thank Damien Nelson,  Want & Abel Arts Consulting for the press releases. 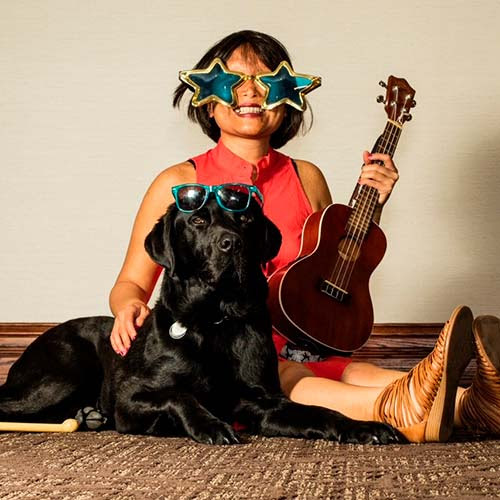