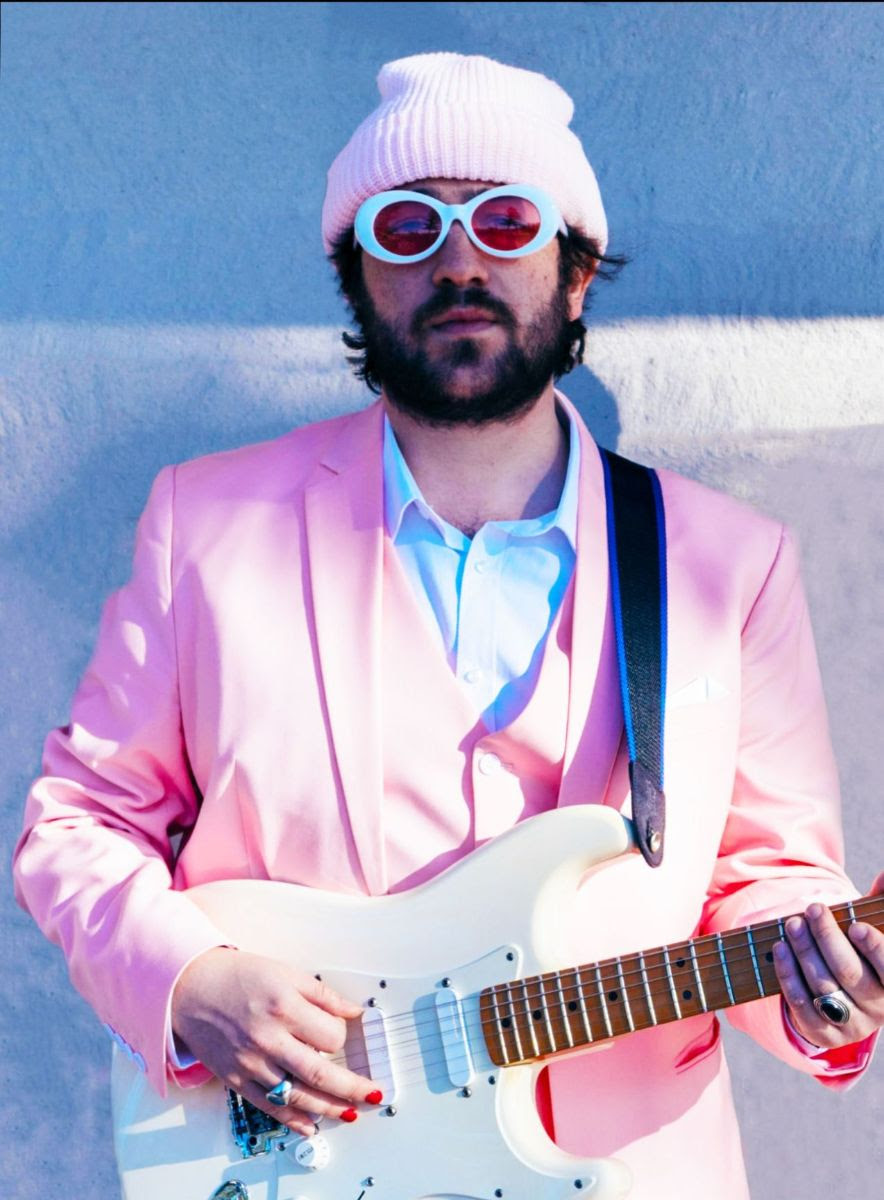 BIG GAME video, directed by Ingrid Veninger,
The artistic gene is an unpredictable thing. As a child, alt-pop artist Jay Feelbender looked like a future screen gem when he starred in Only, a feature film by his mother, indie filmmaker Ingrid Veninger.
But he vividly recalls time spent with his father, alt-folk musician John Switzer. Jay would nap behind the drum kit between sets played by Jane Siberry and sip Shirley Temples while watching his dad play bass, absorbing the vibe.
Years later, now following his own beat, Jay Feelbender has found a sound marked by lyrical imagery and upbeat energy, even when dealing with melancholy themes.
The title of his upcoming new EP, ENTER THE MIRROR, invites the listener to see what he sees in his reflection. Inspired by the seclusion of living alone in his childhood Toronto home during the first summer of the pandemic, it is a collection of insights and introspection finely honed into guitar-charged tracks.
His #3 single, BIG GAME, along with a video – directed by Ingrid Veninger – will be released Feb. 18. And the 6-track EP ENTER THE MIRROR is scheduled for release on March 25.
BIG GAME uses lo-fi acoustics from Jay’s home studio blended with hi-fi production to create a raunchy, fun and explosive sound.
“The slide guitar chorus on BIG GAME was especially fun for me because it was something I was experimenting with in the first demo of the song,” says Feelbender. “I had used a lighter for a slide, because it was all I had at my house, but it had such a unique and dirty quality to it that we decided to use that original demo recording in the final version.”
“Most of my solo music before this project had a very DIY feel because I did everything myself. For this new EP, I wanted to evolve. I still wrote everything myself, but I wanted to explore recording in a studio and working with a producer that shared my vision. I had the chance to work with Braden Sauder at Marquee Sound and I’m really happy with how everything turned out. Sonically, I think this new music is a big step forward for me.”
Among other ENTER THE MIRROR songs, CHEAP WHISKY, the first single released in Sept. 2021, describes a night of heightened-reality, wandering the deserted streets of Toronto, feeling the loneliness of a city in isolation, but recognizing the strange freedom of being unconfined in an empty urban setting.
And in the EP’s sweetest turn, DIRTY LOVIN’, his #2 single released Nov. 2021, is a love song to his girlfriend of eight years, Hannah Bussiere Kim (Luna Li), who helped him battle the loneliness that is as epidemic as the pandemic itself.
“On the new EP, I think the songs I’ve been writing are quite different from one another,” Feelbender says. “I really had fun experimenting with genre-bending on each track.”  Poised for a breakthrough on both sides of the border, Jay Feelbender has been sharpening his skills since he was 16 in bands like Goodbye Honolulu, Luna Li, Creep Creep Beach and HeadSpace.
While still playing with the alt-rock band Goodbye Honolulu, who have toured across Canada and the U.S. opening for acclaimed bands such as Hinds, The Beaches, and Luna Li, Feelbender is venturing to fly solo with ENTER THE MIRROR.

Whatever 2022 has in store, Feelbender is ready to feel it all.
ENTER THE MIRROR is distributed by AWAL.Jay Feelbender websiteInstagram @jayfeelbender
We have created a social post for you, if you #feelit, please #shareit:Time to #feelit with @JayFeelbender on his #BIGGAME new Single/Video Release dropping Feb 18. Streaming everywhere #music #single #Canada #newrelease @Enter_TheMirror
We would like to thank GAT PR for the artist profile and press release.

← Swedish Pop Outfit The Magnettes Have Created a “Monster” Open Mind program with Nina Kraus, PhD, author of the groundbreaking new book, OF SOUND MIND: How Our Brain Constructs a Meaningful Sonic World.  →