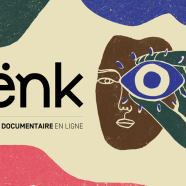 With a redesigned platform and an open house

Tënk is delighted to celebrate its second birthday on February 28 with several new elements on offer, including a new and improved interface for its film catalogue. As it is in the habit of doing, Tënk once again raises the bar in order to offer the best in documentary from both here and elsewhere, from flagship films to rare gems. In February and March, a focus on the works of filmmakers Avi Mograbi and Danae Elon are scheduled. These two retrospectives add up to the list of over 40documentaries, renewed every week, available at all times, and of more than 150hard-to-find works that can be rented by Tënk subscribers all over Canada.

Tënk recently added new functions to its online platform, including the option to create a watchlist of documentaries in order to not miss anything, as well as the option to give one film a week as a gift to a friend. The new version of the site also has an improved search engine that allows users to find films available for rent more easily. For an additional $3 per film, subscribers can rent over 150 films that are no longer in the current regular programming on Tënk, including Manor (Martin Fournier and Pier-Luc Latulippe), Les Chiens-loups (Dominic Leclerc), Braguino (Clément Cogitore), Speak Up: Make Your Way (Amandine Gay),Finding Vivian Maier (John Maloof and Charlie Siskel) and Hale County This Morning, This Evening (RaMell Ross).

In order for more people to discover its new interface and explore the richness of its programming, Tënk is once again offering the gift of an open house in honour of its birthday weekend for the second year in a row. From Friday, February 25 to Sunday, February 27, all of the films currently available to subscribers will be accessible for free to the general public. It will be possible to see Denis Côté’s Carcasses, Mia Donovan’s Inside Lara Roxx, and Agnès Varda’s Jacquot de Nantes.

The films of Avi Mograbi

Right now on the platform, Tënk celebrates the prolific Israeli filmmaker Avi Mograbiwith three films from his body of work available to subscribers: How I Learned to Overcome My Fear and Love Ariel Sharon(1997), about an Israeli political figure who is as despised as he is admired; Happy Birthday, Mr. Mograbi (1999), in which the filmmaker plays with the documentary form, dissecting with humour and cynicism the state of his nation; and Z 32 (2009), a documentary in the form of a musical tragedy in which an ex-Israeli soldier seeks forgiveness following the death of two Palestinian policemen.

The films of Danae Elon

Within the framework of our series Through Our Lens, dedicated to the creativity of Quebecois documentary cinema, as of March 11 Tënk offers a deep dive into the work of Montrealer Danae Elon (The Patriarch’s Room, A Sister’s Song). Chosen by the Tënk team for her sensitive and insightful approach to documentary filmmaking, Danae Elon skillfully deals with social issues. She addresses in particular the Israeli-Palestinian conflict through the intimate lens of those who live through it daily. Her films have won many international prizes.

Past retrospectives have migrated into the heart of the archives, which propose films no longer in our featured programming that can be rented for $3 each. There, viewers will find Olivier Higgins and Mélanie Carrier (Asiemut, Encounters, Québékoisie), Chris Marker (Sans soleil, Sunday in Peking, Letter from Siberia) and Werner Herzog (Little Dieter Needs to Fly, La Soufrière, My Best Fiend).

Tënk.ca is an independent subscription-based documentary streaming platform available online across Canada. It was launched in Quebec in February 2020 by a team of enthusiasts and documentary professionals. Tënk is a year-round film festival whose mission is to renew the way we look at the world through the broadcast of strong and unique films. Tënk was first created in Lussas, France, in what is affectionately known as The Documentary Village. With the arrival of Tënk in Canada, a real network is being created to ensure the broadcasting of the best of documentary cinema.