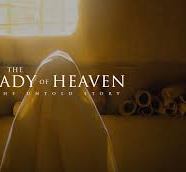 The Lady of Heaven, an epic drama focusing on the life of the Islamic historical figure Lady Fatima, will finally be released in Fiji on Thursday, April 21st in theaters across the country.

The visually powerful film follows an Iraqi child, whose mother is killed in the war-torn country, as he finds himself in a new home with his grandmother who narrates the story of Lady Fatima, the daughter of Prophet Muhammad.

The long awaited film garnered extreme emotional reactions from much of the Arab world prior to release. On the streets of Iraq, film posters printed from local printer shops and the digitally released trailer were on full display to an excited national community. Cars stopped on the highway to pay tribute to posters hung on the billboards and men and women marched on the streets, playing the trailer on portable devices, telling the beautiful story of Lady Fatima.

The film was released in the United States on December 10, 2021. Many viewers called the film “incredibly moving,” “touching,” and “a beautiful depiction of Lady Fatima’s life.” One writer, Sheikh Al-Habib, stated, “this film conveys a message of love and a call to a better mindset when dealing with challenges. I am certain that, should humanity follow in the steps of The Lady, peace, justice, and equality will prevail. I pray for this to happen.”

During the US release, there was a family that traveled five hours by car to Michigan to see the film. Another viewer booked a one-day flight from Toronto to Detroit, staying at the nearest hotel to the theater and flew back the next day.

The $15 million US historical drama artfully weaves themes of suffering and patience from the 7th century Islamic story with ISIS in the 21st century when Islamic terrorism begins.

The modern-day main character living in chaos learns about the painful journey of Lady Fatima.

The Lady of Heaven will be released in theaters across Fiji. It will be shown in locations, including Damodar Cinemas, Fiji’s biggest cinema chain, and Life Cinemas. Screening starts from April 21, 2022.

We would like to thank Jane Owen, Publicist for the press release.