THE TRAGICALLY HIP ANNOUNCE THEIR FIRST STANDALONE LIVE ALBUM IN 25 YEARS, LIVE AT THE ROXY, SET TO RELEASE JUNE 24

THE HIGHLY COVETED ORIGINAL RECORDING FROM THE ICONIC ROXY CONCERT ON MAY 3, 1991 IN LOS ANGELES, WILL BE AVAILABLE FIRST TIME DIGITALLY AND AS DOUBLE LP/CD 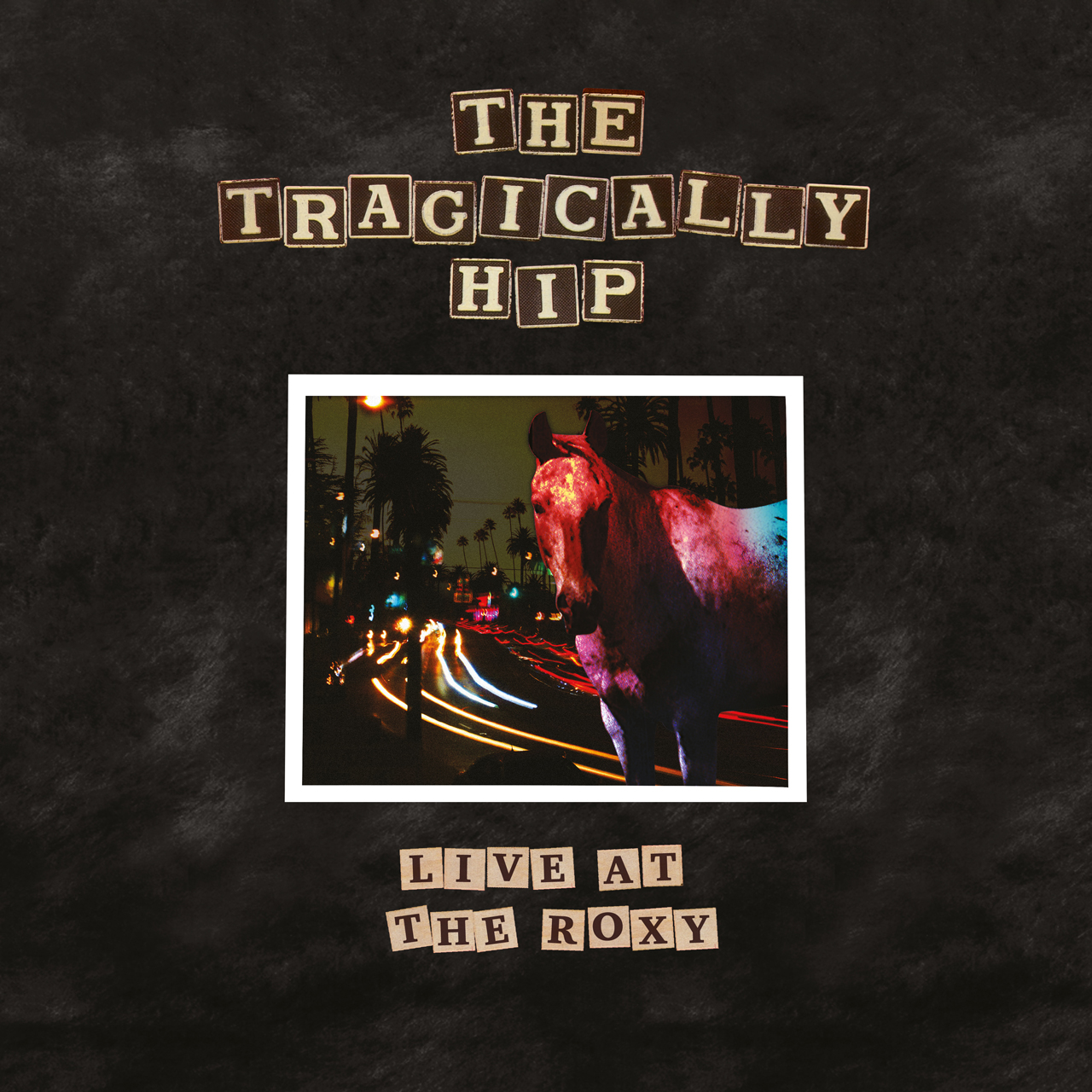 RELEASE LIVE AT THE ROXY RECORDING OF “SHE DIDN’T KNOW” AS FIRST TRACK OFF THE ALBUM TODAY “Live at the Roxy Los Angeles, May 3, 1991”…offers plenty of proof of Downie’s willingness to go off on entertaining and improvisational tangents, often in the middle of songs.” – Toronto Star12 MAY 2022 (TORONTO, ON) – Today, The Tragically Hip announced they will be releasing Live At The Roxy worldwide as a standalone live album on June 24 through Universal Music Canada. Prior to its inclusion on the Road Apples 30th Anniversary Deluxe package last year, the 15-song concert had not been publicly available and was a sought-after show for the bootleggers and diehard fans. Now this legendary recording is available digitally for the first time and as a standalone 2 LP vinyl album and single CD. Pre-order and pre-save the album HERE. Today’s announcement is celebrated with the release of the live version of “She Didn’t Know,” offering a glimpse into the vibrant improvisation and intimate commentary of the entire album. The track is available to stream/buy here.

Originally recorded on May 3, 1991, at the iconic Los Angeles venue for a Westwood One radio show, only 40 minutes of the set was broadcasted on air at the time, making the full recording that much more in demand. This renowned concert saw the band at peak performance and is considered one of the best live shows from any rock band of the era. Reminiscing on the night and what made this show particularly special for the band, bassist Gord Sinclair recalls:

“I remember the Roxy show like it was yesterday. We had spent a year on the road before recording Road Apples and got right back in the saddle when we finished. The new tunes worked great live and by the time we got to LA we were firing on all pistons.”

Live At The Roxy is the second standalone live record for the band and it’s been 25 years since their first, Live Between Us, released in 1997. With all tracks completely remastered in 2021 by Ted Jensen at Sterling Sound in Nashville, the album features the fan favourite “Killer Whale Tank” version of “New Orleans Is Sinking.” The nine-minute track is characterized by mid-song story from the late frontman Gord Downie about a job cleaning an aquarium and inadvertently causing friction between the two whales held in the tank, fact or fiction, fans listen in wonderment. The captivating adlibbing throughout the entirety of the record creates the experience for the listener and as Sinclair describes:

“a great show is something you just have to experience to understand. The magic stays with you. Listening back 30 years later and I’m transported to that hot, sweaty, and very special night. The band was tight and unstoppable. Great crowd, great venue. Together we took things to another level.”

The Tragically Hip fans brought this release to fruition after countless requests for the deep cut versions of some of the band’s most celebrated songs. Live At The Roxy offers a timeless experience of this sensational night as never before released. The striking album artwork is sequential to the Road Apples 30th Anniversary Deluxe art sure to be a favourite of any collection.

About The Tragically Hip

Critically acclaimed for more than three decades, The Tragically Hip has been at the heart of the Canadian musical zeitgeist, evoking a strong emotional connection between their music and their fans that remains unrivalled. A five-piece group of friends including Rob Baker (guitar), Gord Downie (vocals, guitar), Johnny Fay (drums), Paul Langlois (guitar) and Gord Sinclair (bass), who grew up in Kingston, Ontario, The Tragically Hip have achieved both mass popularity with more than 10 million albums in Canada and over 1.5 million sold in the U.S, as well as peer recognition through 15 Juno Awards – picking up the distinguished Humanitarian Award in 2021 which recognizes Canadian artists or industry leaders whose humanitarian contributions have positively enhanced the social fabric of Canada and beyond. Their studio catalogue includes their self-titled debut album The Tragically Hip (1987), Up To Here (1989), Road Apples (1991), Fully Completely (1992), Day For Night (1994), Trouble At The Henhouse (1996), Phantom Power (1998), Music @ Work (2000), In Violet Light (2002), In Between Evolution (2004), World Container (2006), We Are The Same (2009), Now For Plan A (2012), Man Machine Poem (2016) and Saskadelphia (2021).  A National Celebration was the final show of The Tragically Hip’s Man Machine Poem Tour recorded on August 20th, 2016, at the K-Rock Centre in their hometown of Kingston, Ontario, and is their last performance as a five-piece band. Through their career the band became a cultural touchstone in Canada, who despite their accolades and numerous recognitions, will always be proudest of the humanitarian work they have done over the years through numerous charitable organizations and causes.
Follow The Tragically Hip:
Website | Facebook | Instagram | Twitter | Tik Tok