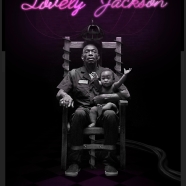 Zodiac Features’ bold new biographical true crime DocuThriller, “Lovely Jackson”, the feature film directorial debut from filmmaker Matt Waldeck, p.g.a. (“I See You”) ahead of its world premiere at the iconic American Black Film Festival on June 17th.
The World Premiere times well with Juneteeth and Father’s Day Weekend – both dates which are relevant to this powerful film. Lovely Jackson is a boldly cinematic, epic journey that begins in tragedy, hopelessness, injustice, and death, but ends in triumph, beauty, and new life.

Focused on America’s longest wrongfully held exonerated prisoner, Rickey Jackson, returns to the actual prison where his 39-year journey of survival began in 1976 and guides his younger self from death row to freedom while facing his real-life accusers along the way along with critical assistance from The Ohio Innocence Project.  Lovely Jackson is a shocking and moving true story about the triumph of hope, forgiveness, and perseverance through the darkest and most hopeless of circumstances that begins in violence and ends with love.

Exoneration stories are becoming more familiar to global audiences and the public with great success in works such as DuVernay’s 13th,  When They See US or Burkel’s Trial 4, to name a few.  Additionally, to be held wrongfully in prison for 39 years and nearly murdered by the State for a crime you didn’t commit is an unfathomable concept to most people.  When Rickey was released from prison in 2014, no innocent person had done more time than he, so the film offers a unique opportunity for audiences to experience a first-hand, relatable perspective—an opportunity created only through one man’s heroic perseverance and a half dozen miracles taking place independent from his own influence—a perspective of tragic expertise as to what the Criminal Justice and Penal Systems were for too many in America during the 2nd half of the 20th century.

“Lovely Jackson”  is presented by H.E.L.P. in association with Zodiac Holdings and is a Zodiac Features production, directed by Matt Waldeck, written by Rickey Jackson and Matt Waldeck, producers are Rickey Jackson, Matt Waldeck,  Ben Hecht (“I See You”), Travis Killian, and Jillian Wolstein, with music by Jacques Brautbar (“It Ain’t Over”),mcinematography by John Turk (“Madtown”), and editing by Mark Andrew Hamer (“The Hunting”) and Lori Lovoy-Goran (“Kid 90”).

Below please find the description and synopsis for your coverage consideration needs.  We can offer zoom/virtual press days on June 8th and June 17thwith our filmmaker & documentaries star and private screener links upon request for interview, review and Festival coverage.

Many thanks for your continued support of independent film!

Focus of the Film:

A True Crime –  In 1975 YOUNG RICKEY and his two friends are convicted of the robbery and murder of Harold Franks without any physical evidence and based largely on the coerced false eye-witness testimony of then 12-year-old neighborhood paperboy, YOUNG EDWARD VERNON.  At just eighteen-years-old, Rickey is sentenced to die in the electric chair.  He spends two and a half years on death row and sees a number of his fellow death row inmates complete the “Death Walk”, the name given by the condemned to the “last thirty steps of your life” before getting strapped in to ride the lighting and die.  Rickey is just 82 days away from death by electrocution when miraculously, executions in Ohio are temporarily outlawed and all death sentences are commuted to life in prison.  Rickey stays alive for now, but before him lay a different challenge—surviving general population in Ohio’s most dangerous prison.

LOVELY JACKSON is exonerated prisoner Rickey Jackson’s daring first-hand account of the psychology of survival and spiritual fortitude required to withstand 39 years of wrongful incarceration for a murder he didn’t commit.  At the time of his release in 2014, Rickey was the longest wrongfully incarcerated person in U.S. history—spending 39 years on death row and in Ohio’s most dangerous prisons after being convicted solely on the coerced eye-witness testimony of a 12-year-old neighborhood paper boy.

Lovely Jackson sees Rickey return to the prison where he was sent in 1976 on his way to the electric chair where he narrates and stars in reenactments alongside professional actors (one playing his younger self), and the (then) 12-year-old paper boy, now in his late 50’s.

Lovely Jackson is a boldly cinematic, epic journey that begins in tragedy, hopelessness, injustice, and death, but ends in hope, beauty, and new life.

We would like to thank Annie Jeeves Publicist Cinematic Red PR for the press release.

← Charlottetown Rockers Arsenal Mills Unleash No-Nonsense Approach to Good Vibes & Great Times with Supercharged New Single, “Give It Up” — Available Now Calgary Alt-Rockers FLOWSHINE Say “Give It A Go” on their Release of New Single & Album →