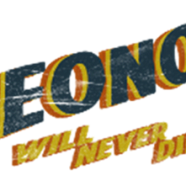 “Martika Ramirez Escobar’s heartfelt, zany tribute to the magic of movies and the power of love”
-New York Times

“A beautiful, life-affirming celebration”
-The Playlist

About the film LEONOR WILL NEVER DIE
Leonor Reyes was once a groundbreaking figure in the Filipino film industry during its ragtag action cinema glory days, but now she struggles with old age, mounting bills, and the untimely death of her son. While revisiting an unfinished script about a fearless protagonist trying to avenge his brother’s murder, Leonor is struck on the head by a falling television set and knocked into a coma. As she lays unconscious in the hospital, fantasy and reality begin to blur when Leonor finds herself awake inside her script, becoming the hero of her own story. An innovative blend of pulpy action homages, playful comedy, and touching family drama, LEONOR WILL NEVER DIE is a wonderfully imaginative tribute to the art of filmmaking.

About the filmmaker Martika Ramirez Escobar
Martika Ramirez Escobar was born in Manila in 1992. Her love for the bizarre is best reflected through her films and photography. After graduating with honors from the University of the Philippines, her thesis Stone Heart, competed at the 19th Busan International Film Festival and screened around the world. It also won Best Film at Cinemalaya. Her latest work, Quadrilaterals, premiered at the 9th DMZ Docs.

She is an alumna of the Berlinale Talents Tokyo, Asian Film Academy, Southeast Asian Film Lab, Luang Prabang Talent Lab, Fantastic Film School, Mowelfund Film Institute and is a recipient of the Purin Film Fund. She is currently working as a freelance director-cinematographer for various production houses in Manila.