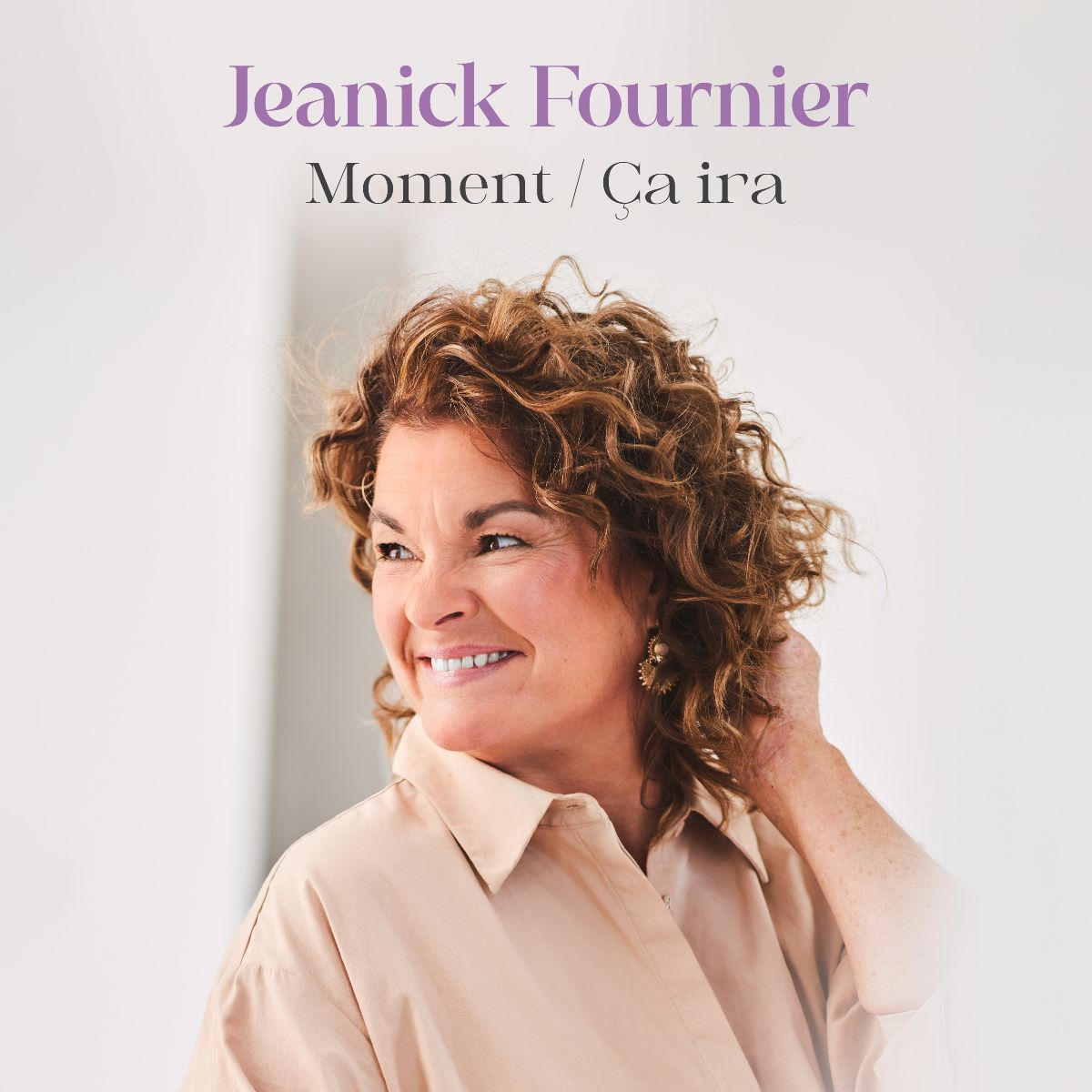 Jeanick Fournier, the winner of the latest season of Canada’s Got Talent, releases two new beautiful original songs, “Ça ira” and “Moment”, from her forthcoming self-titled major label debut album, Jeanick Fournier, releasing on October 7 via Universal Music Canada, the country’s leading music company. The new singles arrive following the release of “I Surrender”, Jeanick’s stunning rendition of Céline Dion’s song which earned her the Golden Buzzer from host Lindsay Ell on Canada’s Got Talent. LISTEN TO “ÇA IRA” AND “MOMENT” HERE
PRE-ORDER JEANICK FOURNIER HEREAs one of Canada’s most magnificent vocal talents continues to introduce herself to the world, Jeanick Fournier returns today with two new original songs. “Ça ira”, written by award-winning songwriters Amélie Larocque, Étienne Dupuis-Cloutier, and Patrick Bouchard (Marc Dupré, 2Frères, Ariane Moffatt), is a confident and reassuring French-language ballad from the fast-rising artist, who sings, “Nobody could ever hold me back, nobody, this is my path, I will never abandon it”. On the English-language “Moment”, written by Universal Music Canada’s own Preston Pablo, his brother Dawson, and the iconic Montréal-based duo Banx & Ranx, the mother of two battles with time in a powerful display of strength, singing, “I could walk a million miles, I could swim across the Nile, if I could live that day again, I would never let it end. I want to feel something again, I’m afraid to lose myself, should I keep going?” Both songs are pulled from Jeanick’s upcoming self-titled album, releasing next week. About “Ça ira”, Jeanick says, “This song touches me and greatly reflects my deep values, helping others, listening to my neighbour, always being available… just happiness.” Explaining the significance of “Moment”, she continues, “My story!! So many paths travelled and mountains climbed to achieve my dream. Always believe in yourself.” – Jeanick Fournier

ABOUT JEANICK FOURNIER:
There are some voices that are so powerful that they take your breath away the instant you first hear them. Québec’s Jeanick Fournier is one of those people. Possessing an undeniable natural talent, the mother of two and palliative care beneficiary has drawn the attention of the nation by winning the second season of Canada’s Got Talent with grace, humility, and the voice of an angel. With a Golden Buzzer under her belt, and a thrilling career as one of Canada’s most exciting new voices in front of her, Jeanick attributes her success to her dedication and passion for her craft – but it must also be said that her voice is one of those rare forces that can grab you by the soul, and people gravitate towards her because of her authenticity, her generosity of spirit, and a certain magic that comes along once in a generation.