The Tiff Kids International Film Festival Awards celebrated its 20th anniversary, presented their prestigious awards ceremony on Sunday, April 23, 2017 at The TIFF Bell Lightbox. The awards for the TIFF Kids International Film Festival were announced and the festival came to a close honouring the most creative and brightest in children’s cinema with Toronto’s youngest film makers. 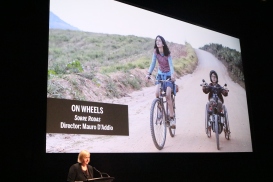 Some of the highlights were the awarding of the TIFF Kids International People’s Choice Awards to On Wheels as their favourite feature film and Halim as their top short film. Prizes also included the TIFF Kids International Film Festival Young People’s Jury Awards, selected by three juries comprised of kids ages 8 to 13; two short film awards selected by the TIFF Kids Festival Adult Jury and the Jump Cuts Young Filmmakers Showcase winners, both determined by juries of industry professionals. 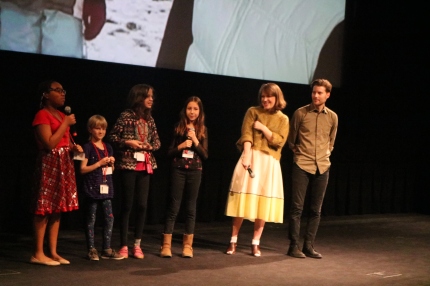 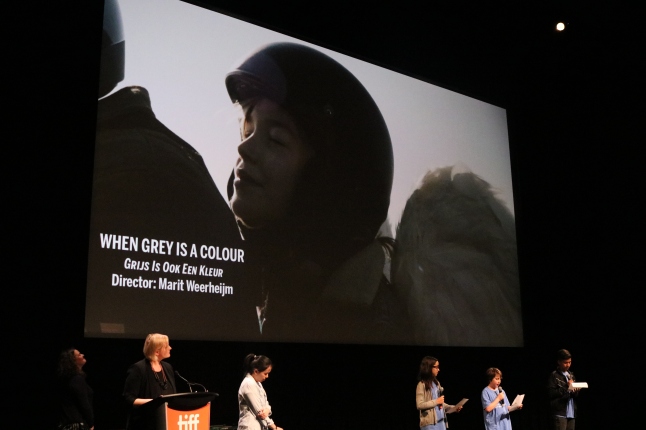 As one of the leading children’s film festivals in the world with special programming and activities for children aged 3 to 13, the festival showcased a lineup of 166 films, comprising 32 features and 134 shorts — representing the best of Canadian and international films made for children, hands-on family activities and young filmmakers showcases. TIFF Kids also saw the return of the popular award-winning digiPlaySpace, an interactive playground which included installations, video games for fun and learning, virtual reality, and circuits and robotics. The TIFF Kids Industry Forum offered two days of programming, and welcomed 45 guest speakers and 280 accredited professionals. 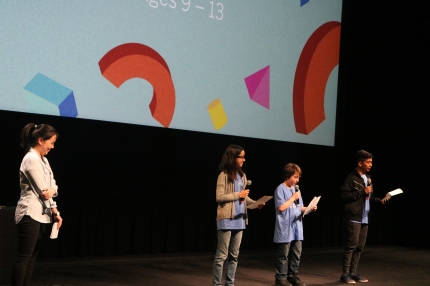 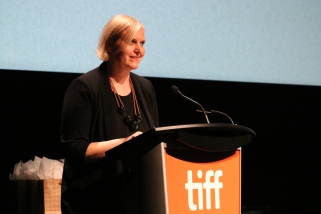 The TIFF Kids Award winners are:

Favourite Feature Film: On Wheels (Sobre Rodas), dir. Mauro D’Addio, Brazil, Portuguese – North American Premiere
After a car accident, 13-year-old Lucas is permanently put in a wheelchair, and eventually he makes a new friend in his classmate Lais, and joins her on a journey to find the father she has never known.

Favourite Short Film: Halim, dir. Werner Fiedler, Austria, Arabic, German – World Premiere
This story is about Elias who encounters street performer and artist Halim. While walking through the park, Elias begins visiting Halim each day, Elias’ mother eventually stops the friendship with the refugee. Elias discounts his mother and returns to the park, but discovers that Halim has departed. This is a great story of friendship of different generations.

DIGIPLAYSPACE PEOPLE’S CHOICE AWARDS
as were voted on by the public during the entire run of digiPlaySpace (February 18-April 23).

Favourite Installation: Last One Standing
Artist: Douglas Gregory | Canada
Patrons portray themselves as living dominoes and run around a table arena, leaving behind a trail of standing dominoes that can be toppled. They hit each opponent’s trails to knock them down, but you may be toppled also.

Best Feature Film (ages 8-10): Red Dog: True Blue, dir. Kriv Stenders, Australia, English – Canadian Premiere
Set on a cattle farm in the Australian Outback following the death of his father, a young boy discovers an abandoned red puppy, and the new friends atart on a adventure that will change their lives forever.

Best Feature Film (ages 11-13): Fanny’s Journey (Le voyage de Fanny), dir. Lola Doillon, France/Belgium, French
Based on Fanny Ben-Ami’s autobiography, Fanny’s Journey is a story of a young girl who is separated from her parents in Nazi-occupied France, and leads a group of eight children to safety in Switzerland.

Open to youth in two categories — grades 4 to 6 and grades 7 and 8 — the 16th annual Jump Cuts Young Filmmakers Showcase provided an opportunity for young filmmakers to show their creative skills and see their work in the theatre. A jury comprised of film industry professionals selected the award-winning film in each category.

THE FREDERICK SIMPSON AWARD FOR BEST FILM (Grades 4 to 6)
The Song Of The Street, dirs. Yahnique Bent, Ekaterina Dimitrova, Ana Klasnja, Danielle Ionova, Toronto
A story of a few young girls find out that the Earth has music.

We would like to thank Rebecca from TIFF Communications Department for the invitation.